Damian danced his way onto The Late Show with Stephen Colbert on Monday, March 11, 2019 in New York, bringing gifts of Michter’s Whiskey, so cheers to that! Watch his unforgettable entrance here:

When Stephen brings out cocktail glasses and an ice bucket from a secret bar beneath his desk and begins to pour the whiskey, Damian is amazed, exclaiming,

“This is fantastic, You can go home, it’s fine. We’re just going to sit and drink. This is amazing. Look at this! I’m very excited.”

Then they clink glasses as Damian “cheers” to Stephen in Welsh.

END_OF_DOCUMENT_TOKEN_TO_BE_REPLACED

“Band of Brothers” star Damian Lewis, 31, has been touted by everyone from the “New York Times” to “People” magazine as Hollywood’s new golden child. And rightfully so. The British actor — a veteran of London’s Guildhall School (where he studied drama with Ewan McGregor and Joseph Fiennes), the Birmingham Repertory and Royal Shakespeare Company (where he befriended Ralph Fiennes) — has not only proved himself worthy of the stage during the last decade, but has also made his mark on British television (BBC’s “Warriors” and “Hearts and Bones”). “Band of Brothers” brought him to American audiences — and rest assured, that was just the beginning. We caught up with the humorous, fun-loving (yet humble) redhead, who’s currently filming a Stephen King thriller, “Dreamcatcher,” in Canada. END_OF_DOCUMENT_TOKEN_TO_BE_REPLACED

LONDON— “A HIT, A VERY PALPABLE HIT!” cries the courtier Osric during the climactic duel of “Hamlet.” And in the Broadway production now at the Belasco Theater, those hits are palpable indeed.

Productions of “Hamlet” are often distinguished by verse speaking or physical design. Jonathan Kent’s current staging, imported from the Almeida Theater Company in London, offers an additional virtue in the face-off between Hamlet (played by Ralph Fiennes) and Laertes (Damian Lewis). Beginning on a white rectangular fencing mat, the fight soon spills beyond it, weaving among the chairs of Claudius’s dismayed court as the two combatants become increasingly fevered.

END_OF_DOCUMENT_TOKEN_TO_BE_REPLACED

Who Will Be The New Ralph Fiennes, The Next Hugh Grant?

LONDON— NOT LONG AGO, DANIEL Day Lewis and Kenneth Branagh were the British names on everyone’s lips when it came to actors; more recently, Hugh Grant and Ralph Fiennes have dominated Hollywood’s imagination. Which raises the inevitable question: Who among current British actors are poised to become the next Hugh Grant and the next Ralph Fiennes?

END_OF_DOCUMENT_TOKEN_TO_BE_REPLACED 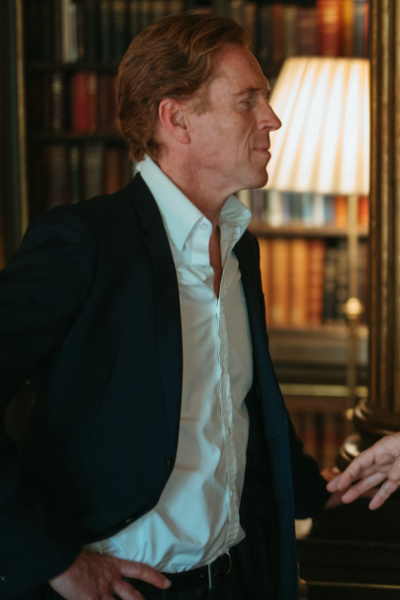