But if a touch of the leading man gloss appeared to have come off Damian Lewis as he exhaustedly navigated the arrivals hall earlier this week, he had a good excuse.
END_OF_DOCUMENT_TOKEN_TO_BE_REPLACED

Onstage bathroom accidents. A prom date revealed. Ditch-digging before fame. This year’s top Emmy contenders tell all (with a little sprinkling of TMI).

END_OF_DOCUMENT_TOKEN_TO_BE_REPLACED

From Camden Town and Manchester to Manhattan and Canada 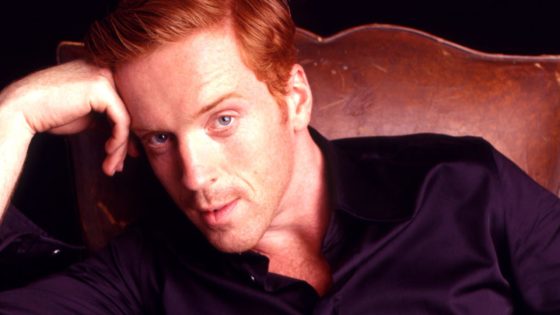 Camden was happening – and soon my career was, too. I never anticipated living in Camden Town. As an 18-year-old, I’d gone to the Crush nights at the Electric Ballroom, so I thought this part of north London was a place for students and people wearing tie-dye T-shirts. But I found a fantastic little house with a roof terrace in a gorgeous, very urban row of workmen’s cottages on Prowse Place, a cobbled mews tucked away between Camden and Kentish Town. I bought No 7 in 2001 and lived there for five years. I had Baz Bamigboye on one corner and Amy Winehouse on another. END_OF_DOCUMENT_TOKEN_TO_BE_REPLACED

View all the photos from this event in our Gallery here

Damian Lewis: Top of the Cops

Subtlety and restraint are Damian Lewis’s hallmarks as an actor. His ability to convey a character’s innermost thoughts with just a flicker of an eyebrow is even more impressive when you discover how animated he is in real life. When we meet, in a chi-chi members’ club in west London, he has a pint of coffee working through his system, and that natural energy is comically amplified. His accent careens from Prince Charles to Jamie Oliver, as he talks about his guilt at not doing more theatre, the appeal of playing policemen and soldiers, and the satisfactions of domesticity; he alternates between supreme self-confidence and genuine horror at what he thinks is coming across as his own solipsism.