Henry’s horrible history: You won’t find any left-handers or extras in specs. Accuracy is king in the most eagerly anticipated TV event of the year… but how does Wolf Hall stand up to the scrutiny of one historian?

You won’t find any left-handers in Henry’s court. Or extras in specs. Or XXL codpieces. Accuracy is king in the most eagerly anticipated TV event of the new year… but how does Wolf Hall stand up to the scrutiny of historian Lucy Worsley? Event joined her behind the scenes to find out

END_OF_DOCUMENT_TOKEN_TO_BE_REPLACED

BBC2, Original article at the Times

A post-Homeland Damian Lewis – now in tights and a codpiece for the BBC’s Wolf Hall – talks fame, class and family with Polly Vernon

With Damian Lewis as Henry VIII and Mark Rylance as Thomas Cromwell. 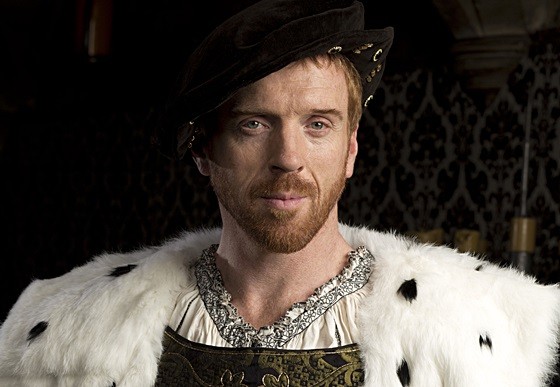 How has playing Henry changed your perception of him as a historical figure?

I think we all have this understanding that he was this womanising, syphilitic, bloated, genocidal Elvis character. And actually the truth is, though it might be an odd thing to mention, he had a 32-inch waist and he remained that way for quite a long time. He was the pre-eminent sportsman in his court. He was much taller than anyone else. His beautiful, pale complexion was often remarked upon by commentators. And so I think what I’ve found in Henry is that the grandiose, more paranoid, self indulgent, self pitying, cruel Henry emerged in the period after this series actually. What we’re trying to concentrate on a little bit is just to give a more varied portrait of Henry, and that’s really how this is written. Henry’s not in it very much but when we see him there’s great variety in his character and his personality – you might see him composing something on the lute, you might see him in a very boyish way, sort of dreaming about Jane Seymour. We see him at times frightened by the memory of his mother and I think these are little insights that people won’t be used to, you know, and yet there are the similar things there, the vanity is still there, the self importance. The fact that he believed himself to be a divine presence on earth ending in the act of supremacy where he was, not only now God and King but always had been. So to him it was a retroactive bill that he passed.

What drives Henry do you think?

What drives Henry – and it is central to our story as well – is his obsession about a male heir. I see in Henry nothing psychotic, I don’t see a psychopath there. I don’t think psychologically that’s true of him. But I think I do see a sociopath, someone who I think is capable of great love; great affection and I think craves that. He craves the normality of that kind of inter-personal relationship with other people, whilst at the same time wanting to be the greatest man, the greatest King, a God-like King who presides over the greatest court of all time. Those things were manufactured and very self-conscious. But I think his ability to love and then to simply discard is sociopathic. That is very damaging to one’s personality over a period of time, which is why I think he became increasingly paranoid, self-indulgent, grandiose and cruel in the last 10 years of his life – many more people lost their lives in those years than in the first 10 or 15 years of his reign.

END_OF_DOCUMENT_TOKEN_TO_BE_REPLACED

Actor Damian Lewis says his elite upbringing, attending a leading public school, helped to prepare him for his portrayal of a king in Wolf Hall. END_OF_DOCUMENT_TOKEN_TO_BE_REPLACED 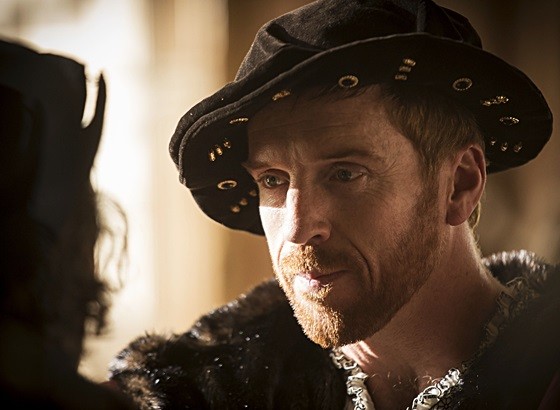 Added more HQ stills to the gallery. Thanks again to the Far, Far Away site for the pics! 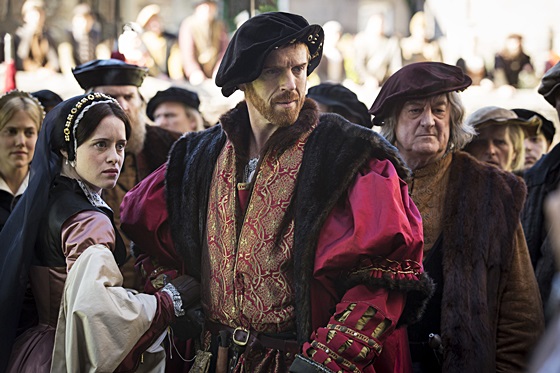 Added 3 new HQ stills to the gallery. Thanks to the Far, Far Away site for the update.