Looks like the pre-BAFTA parties continue as we see Damian and Helen arriving at the annual Charles Finch and Chanel pre-BAFTAs dinner party at the Mark’s Club in Mayfair, London on Saturday evening, February 17, 2018. The usual mariachi band greeted Finch’s guests at the dinner, as it has for the last 19 years.  Held the night before the British Academy of Film and Television Arts Awards, Finch’s annual dinners have become the stuff of after-dark legend, as the event calls on the industry’s talent to celebrate British film before the awards ceremony tomorrow night. Other stars who flocked to Mayfair venue included Rolling Stones frontman Sir Mick Jagger, and actors Hugh Grant, Kristin Scott Thomas and Margot Robbie. 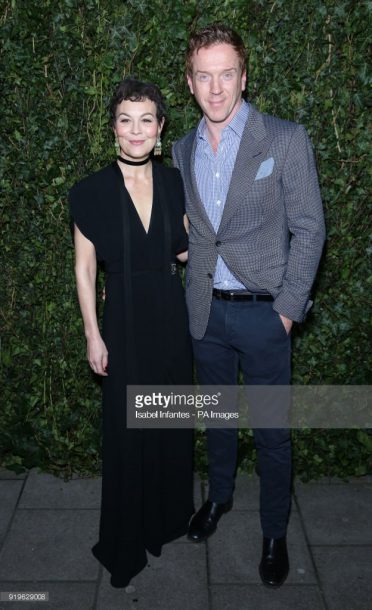