Billions Season 2 Review: When is Billions on Sky Atlantic in the UK?

For anyone who worried that Damian Lewis and Paul Giamatti’s financial drama could become a failing stock in its second run, fear not, says Tim Glanfield. 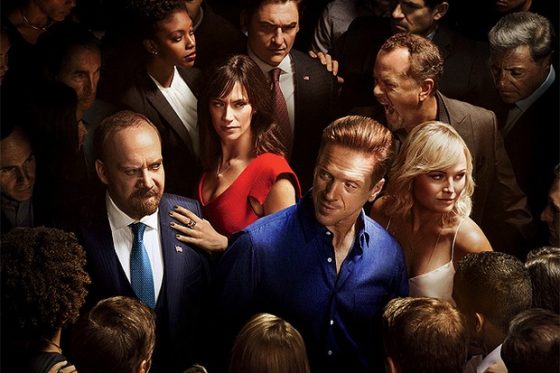 After the screw-turning tension of the season one finale, Billions shows its confidence and class at the beginning of the new run by taking a step back from the cliff edge and allowing us to catch up with the characters.

We last saw US Attorney Chuck Rhoades (Paul Giamatti) physically facing off against billionaire hedge fund owner Bobby “Axe” Axelrod (Damian Lewis) in the ruins of Axe Capital’s offices which Axe had torn apart in the fear that Chuck had bugged the place. Chuck had got inside Axe’s head, and with Wendy (Maggie Siff) no longer working as Axe’s in-house therapist (and having also left Chuck, her husband) it was hard to see how this spiralling and obsessive battle of egos was going to end in anything but Axe’s eventual downfall. After all, as Chuck reminds Axe, “there’s only one thing you should fear more than a man with limitless resources – and that’s a man with nothing to lose.”

However, season two begins with some distance from this apocalyptic scene. Axe has returned to the horse racing track where he learned to back winners (and spot losers) and has regained that never-say-die spirit that allowed him to build a billion dollar hedge fund from nothing. Indeed, Axe settles upon a strategy to make his enemies’ enemy his friend, not personally bringing action against Chuck, but assisting the many people he has aggrieved over the years to file against him in a colossal attempt to commit assassination by a thousand paper cuts. Coupled with a new investigation into Wendy’s payout from Axe and the paper trail this could leave back to her husband Chuck, the tables look to have firmly turned in Axe’s favour as the cards in a new game of billionaire blackjack are dealt.

A couple of intriguing new cast members add further dimensions to an already fascinating set of relationships in the show. Most notably putting Taylor (Asia Kate Dillon) a gender-neutral intern who impresses Axe not just with brilliant financial savvy, but a refreshing lack of bragging and bullying. And then there’s Oliver Drake (Christopher Denham) a curious character with the drive of a bulldozer brought in to investigate Chuck’s conduct, and match the attorney for bloody minded belligerence. 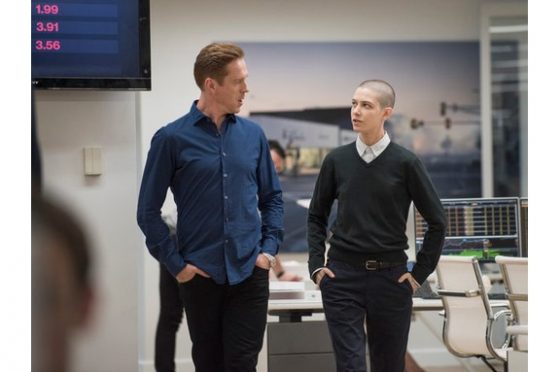 Billions is a glossy, well-crafted and fabulously cast affair that has built a world that you cannot stop watching. It challenges the notion of what is good and bad and who is right and wrong – and there’s no reason to assume this muddy morality is going to do anything but get more interesting and complex as the story develops.

As Axe and Chuck continue on a collision course of mutually assured destruction, more sub-plots are emerging and characters arising, surrounding the leads like satellites around colossal planets. But who is really in whose orbit and which interdependencies will be destroyed first? These are the questions that will keep us watching to the very end.

For anyone who feared that Billions could become a failing stock, fear not, season two has bull market written all over it and shares in this show will pay big dividends to viewers who stick with it.