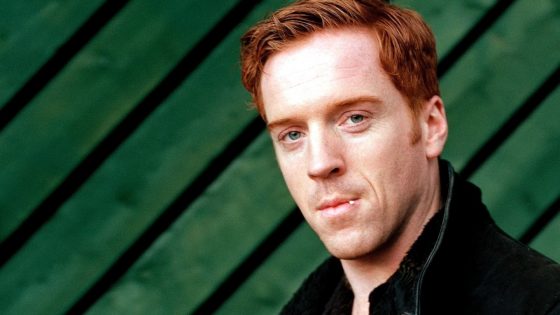 Happy National Love Your Red Hair Day! Who comes to mind when you think of red hair? Lucille Ball? Prince Harry? Jessica Chastain? Not around here! We can think of no one else but Damian Lewis when it comes to red hair. Damian is one of the most recognizable redheads in the entertainment business, and he’s proud of it! Even James Corden, host of The Late Late Show, agrees that Damian is one of the world’s most famous redheads at 2:23 in:

We fans celebrate Damian everyday, but it’s also special to celebrate one of his most identifiable traits, that flaming red hair, with the rest of the world today! BAFTA LA didn’t miss out on the fun today either, tweeting this to Damian:

.@lewis_damian is outstanding for many reasons; He's a risk taker in the New Age of TV, excels at his craft and spends his downtime spreading awareness for various causes. But his biggest achievement is being the face of a very important community:The Gingers! #NationalRedheadDay pic.twitter.com/JudoOV6Ick

And the celebratory tweets didn’t stop there!

As The Independent explains, from fiery copper to strawberry blonde and deep burgundy, whatever your shade, today is a day for redheads to celebrate their tresses. And by red hair, we mean TRUE red hair, right Damian? No fake redheads allowed!

National Love Your Red Hair Day is celebrated every year on November 5 in the U.S. and May 19 in the UK. The day is also celebrated in the Netherlands on the first weekend of September in the city of Breda. Called Roodharigendag, the two-day festival, which inaugurated in 2005, is attended by thousands of people with natural red hair. No matter where you are in the world, there is a day dedicated to celebrating the beauty of ginger locks. 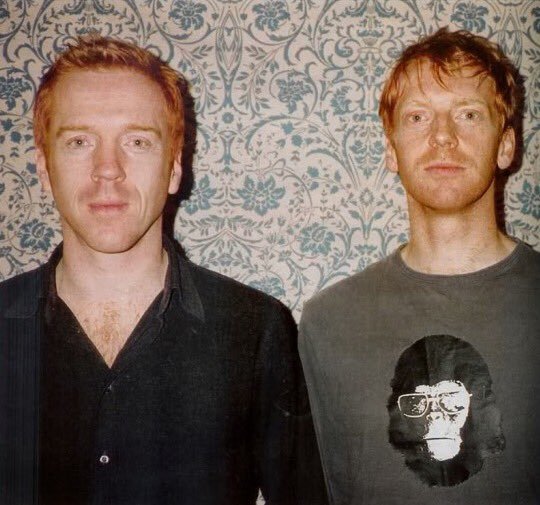 Here’s a little bit of science for you. Less than 2% of the world’s population have red hair, making it the rarest hair color in the world. The gene that causes red hair is recessive and comes from the MC1R — which is a genetic mutation. Because it is recessive, both parents need to carry the gene for it to be expressed. Even if both parents carry MC1R, their children still only have a 25% chance of getting lovely, red locks. We can thank John Watcyn Lewis and Charlotte Mary Bowater for not one, but two ginger Lewis boys!

In the UK alone, it’s estimated that 40% of Britons carry the MC1R gene capable of producing a ginger child. And the science doesn’t stop there. Redheads are even more unique because they possess a number of special genetic qualities that give them a surplus of evolutionary advantages. The Independent writes,

“According to a 2003 study by McGill University, they have a higher pain threshold than blondes or brunettes. It found that scarlet-haired women can cope with up to 25 per cent more pain thanks to the rare genetic mutation associated with red hair and fair skin: MC1R.  This nifty gene also means that redheads react to changes in temperature more intensely. A 2005 study at the University of Louisville revealed that MC1R can amplify the activity of the genes which detect and respond to temperature changes, meaning that redheads are likely to be shivering more than most this winter. The rare MC1R gene mutation also means that flame-haired people need less vitamin D than the rest of us.”

So here’s to you, Damian, on a special day celebrating your red hair!