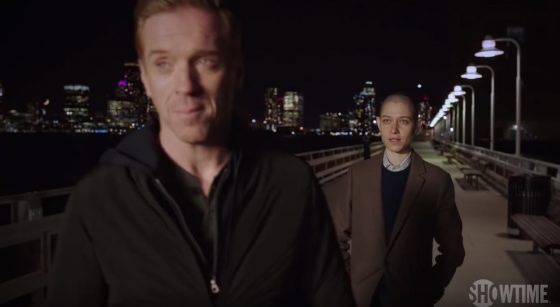 Last week, Francesco “Franky Boy” Cali, reputed boss of New York’s Gambino crime family, was shot to death in front of his Staten Island home. News outlets treated his killing as a reminder that the Mafia still exists, although in a greatly diminished form. The Chicago Sun-Times’ headline characterizes the slaying as “a throwback to [a] bygone era.” It’s not wrong.

Last week, Francesco “Franky Boy” Cali, reputed boss of New York’s Gambino crime family, was shot to death in front of his Staten Island home. News outlets treated his killing as a reminder that the Mafia still exists, although in a greatly diminished form. The Chicago Sun-Times’ headline characterizes the slaying as “a throwback to [a] bygone era.” It’s not wrong.

“I kinda feel bad for the old guy, scumbag that he was,” Rhoades sighs. “Blindsided like that. But I guess that’s New York for you, right? Boss one minute, in the gutter the next. Best you can hope for is one last look at the stars before you go.”

There’s plenty of honesty in that moment, which takes place at the end of a long day of hustling that Rhoades used to delegate to subordinates. With his seat gone, he has to scrape his way up from that gutter. At least he has a map — and, even more dangerously, a plan to not merely stargaze but return to his place in the political firmament, where he can better see his enemies and rain down holy hellfire upon them.

The intent here, it would seem, is to underline what series creators Brian Koppelman, David Levien and Andrew Ross Sorkin have been building toward over the previous three seasons. The mob may be a shadow of its former self, but organized crime is alive and thriving in the upper echelons of Wall Street and politics.  It was inevitable that the top representatives of each faction, Rhoades and Bobby “Axe” Axelrod (Damian Lewis), would team up at some point.

Over the three previous seasons the two have snarled at each other’s throats, bleeding each other whenever and however they can. Axe makes Rhoades compromise his principles, nearly costing him his marriage; his wife Wendy (Maggie Siff) shifts her loyalty of to her boss Axe but eventually finds her way back. And when both of her men are down, she brings them to the table not to broker peace, but to join forces and wage war.

“Billions” is the kind of series that’s so brashly intelligent and intentionally constructed that the discerning viewer might balk at admitting how much they like it. Or, to come clean, certainly I did prior to its second season. The series itself came into existence prior to Donald Trump’s ascendance to the presidency, and its piggish swagger felt like almost too much.

Now it is the perfect pleasure, encapsulating all that we loathe about the hyper-wealthy and the ruthless calculations they make to consolidate power while allowing us to appreciate the brazen, strutting might and certainty with which these titans operate.

In a style akin to that of the series’ central hero/villain, Axe, the writers of “Billions” have ensured that its tone evolves with the times even though this season’s starting point had to have been established for some time. Why else have the antagonists be linked, professionally and personally, via a character written to move freely and with trust through both their worlds?

And maybe that’s too unbelievable for some viewers to buy. Then again, given the concurrent betrayals by Axe’s protégé Taylor Mason (Asia Kate Dillon), who jumps ship to start their own firm and back-stabs their mentor to do it, and Rhoades’ former right hand Bryan Connerty (Toby Leonard Moore) and assistant United States Attorney Kate Sacker (Condola Rashād), who orchestrated their bosses’ humiliating sacking — why wouldn’t these two bitter enemies suddenly join forces?

“Billions” still bursts with crisply tailored dialogue cut to bite-sized portions for Lewis and Giamatti to savor, and David Costabile’s Wags is still one of the most enjoyable pricks on television. Season 4 also brings increased screen time for John Malkovich, playing a Russian oligarch who has more money and power than Axe and enjoys playing with his prey a little too much.

Read the rest of the original article at Salon