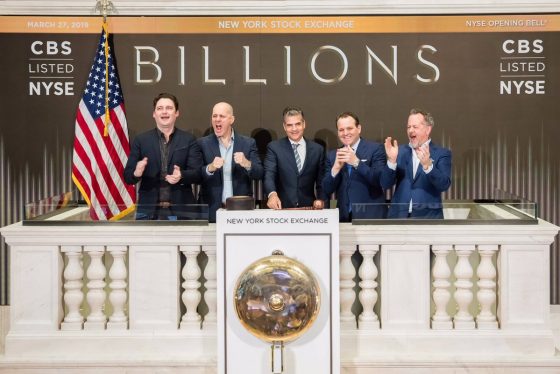 View more photos in our Gallery

Watch full video here and hear David Costabile, in true “Wags” fashion, yell at into the pit “GET TO WORK!”

The cast of @SHO_Billions tells us how similar they are in real-life compared to their character's personas #NYSEicebreakers pic.twitter.com/lJzHTAHlfC

Cast and Crew from @SHO_Billions discuss how they draw inspiration from industry pros.

Want more Billions in your life? New customers can get a 30-day free trial of SHOWTIME with code CHEDDAR through 4/15/19. Redeem at https://t.co/p4XeY6z7QM . In partnership with Showtime. pic.twitter.com/SXNdbJBZjr

Highlight: “The idea that these two characters, like a nation-state and a king, are going to do battle … was the interesting thing to us,” says ‘Billions’ Creator @DavidLevien. Full interview: pic.twitter.com/ParcOPb0jw