An Interview with Helen McCrory 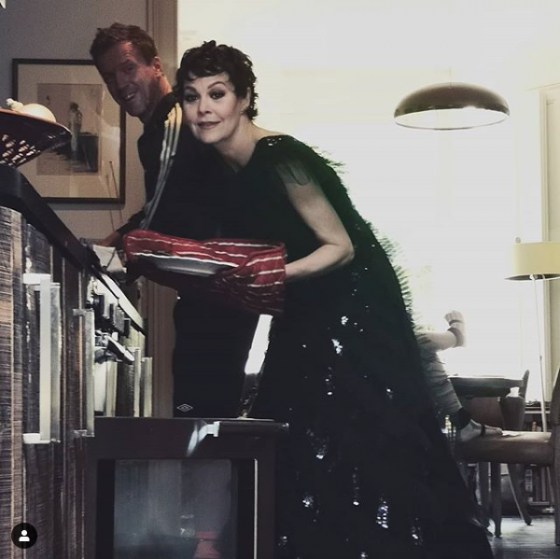 I have met Helen McCrory before. She and her husband Damian Lewis are often to be seen at festivals, going to talks as everyday punters. In fact she gave me a compliment one year after I’d given a talk at Port Eliot Festival. I didn’t recognise her at first and just said “thanks”. As I wandered off I suddenly realised, “hang on, that was Helen McCrory!” Mutual friends told me that she and Damian were fans of my books, and I do remember them mentioning The Idle Parent in an interview. So I was delighted when her PR called and asked if we’d like an interview.

Tom Hodgkinson How did you get involved with Peaky Blinders?

Helen McCrory When they first approached me, they said: ‘Would you like to play Aunt Polly in this gangster drama set in Birmingham?” And I was like: “No.”

HM Well because I looked at the history of that time and the slums of Birmingham. My own grandparents grew up in the slums of Glasgow and were miners’ kids in Cardiff, and I thought was going to be there with a mangle saying things like: “Gotta get up early to get the wash on in the backyard.” Then [writer] Steve Knight said: “Do you like Westerns?” When I was at drama school in Chalk Farm I would go down to a stall in Camden Lock that used to sell these 5p Western novels. I used to read them to relax on the weekends and I loved them. So he said: “That’s how we are gonna do it, we are gonna film it as a Western and we want that epic quality. We don’t want this kind of apologetic drama we are so good at doing in Britain – the kitchen sink, those angry young men.” It’s really shaped television writing, still now you’ll see it constantly and how it’s influenced the writers of today. But nobody was doing what Steve was doing which was making these people heroes. Also, with the idea that it’s man against everything around him, which is of course perfect for how men felt coming back from World War I. Suddenly God was dead and government was dead and people were in a sort of Wild West situation, there was that feeling of isolation. Then he was trying to find the music. We wanted The White Stripes and Jack [White]’s lawyer is Gully’s godmum. So we phoned her up and said: “Listen, we are trying to find the music and obviously your clients are all so fucking cool they won’t watch television or give their music to anybody. Would you just play him these first two episodes and see what he thinks?” We got a phone call back the next day saying: “Yeah you can have the piece, it’s fine.” And that just set the tone.

TH The show began quite humbly, didn’t it?

HM Yeah but it was nice, because it grew by word-of-mouth. First of all, everyone who was watching us was between 17 and 24 and it was all quite culty. If you went by Hoxton everyone would come up to you with Peaky Blinders haircuts, and then it went over to Williamsburg six years ago and they started doing it there and then they told their parents. So then I’d have to black cab drivers saying: “Oi, my son put me onto you. When are you coming out again?”

HM Yeah the style and the music and the fact that he’s just a really good storyteller. He eats up story. We will have more story in one episode than some dramas in television have in an entire series, particularly British drama, because we don’t have the money.

TH Is it fun being on set and making a series of Peaky Blinders?

HM It’s fantastic. I do a lot of my scenes with Cillian, he’s become a good friend. You get to know all of the cast and the fact that you work very very quickly is great because it is very focused.

TH How long does it take to film a season?

HM Up at four, in the car at five, makeup at six, in costume at eight, breakfast at 8:45, on set for none and then you will just keep going. Luckily this last season we have just got a brilliant producer called Anna Harrison Baxter who cut it all back and said: “No, you will work union hours, I’m protecting my career.”

TH Now Helen, do you think you work too hard?

HM I have definitely resolved to be more idle. Constantly throughout my twenties, thirties and forties I worked hard and played hard with a sort of searing energy. Damian would say that I’d suddenly go quiet and just sleep for 20 hours and then I’d be up again and off.

TH Maybe that’s natural, that’s how you do it.

HM Children teach you that time is elastic and that actually just slowing down gives you more time, weirdly. If you have a diary that’s just constantly full of stuff you might be really missing out on the important stuff. I think growing up in East Africa made me really enjoy the minutiae of life. For instance, things like dishwashing. We have only just got a dishwasher because I would scream and shout and say: “I want the kids to realise that you have to buy the food and cook the food and eat the food and then wash up.”

TH Hang on, so you’ve only recently bought a dishwasher? 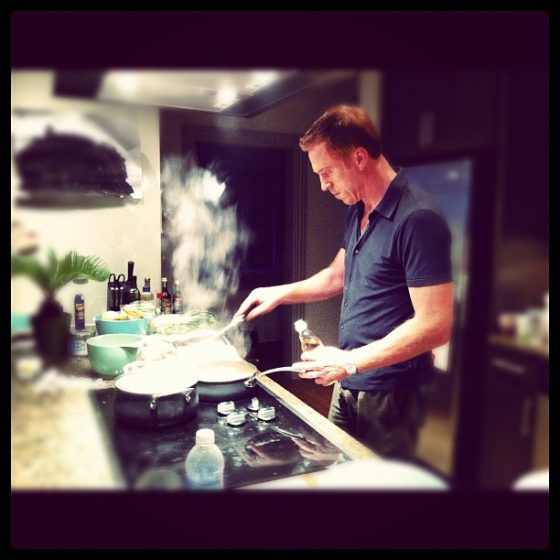 Miss McCrory who is currently starring in the fifth series of BBC hit Peaky Blinders, also said she fears her children aren’t rebellious enough – especially compared with her own upbringing.

Blaming the internet for making teenagers want to conform, she told Idler magazine: ‘I have been in hushed, shocked silence at my children recently. When I was going through my 13-14 stage I was wearing my Doc Martens and going to see Siouxsie and the Banshees.

‘When I was 14 the boys I fancied were 19 and they were all punks. That whole movement was anti the system. It was so ‘f*** you’. We went on Free Nelson Mandela marches, then it was the poll tax. It was so anti-establishment.

‘What I find worrying about this generation is that because of the internet and the constant advertising, they want to buy Gucci,’ she said. ‘Do it yourself, don’t just sign into the system and hope that you’re going to succeed as a blogger!’

This is an excerpt from a longer interview in Idler issue #68 here. You can find the magazine in shops or online.