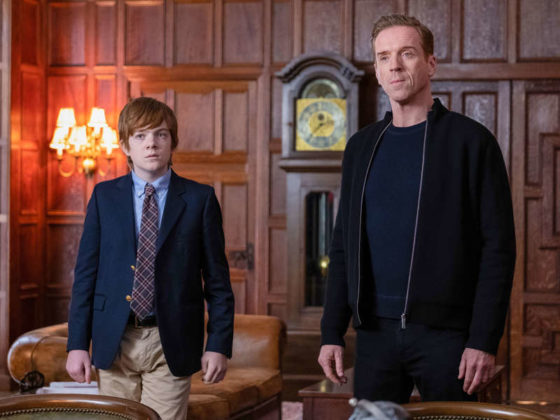 “Billions” is a show that seems to appreciate pro wrestling, as seen in the fandom of its dudebro character Mafee and the recent cameo by Becky Lynch. So I hope it’s not too indulgent to quote one of the great heel wrestlers, Ted DiBiase, better known as the Million Dollar Man, as a kind of epigraph for this episode: “Everybody’s got a price.”

I know, I know: That’s kind of the point of the whole show, right? It’s a drama about the corrupting influence of money and power. But it felt more poignant in this week’s episode than it has in quite some time, perhaps because the institutions being assailed by the show’s money-talks characters — family, art, education, the environment — feel sacrosanct.

Not in Bobby Axelrod’s world, though, that’s for sure. Axe spends the episode questing after three things. First, he wants to become a bank. He’s informed by the government officials Todd Krakow and Hard Bob (played by the actors Danny Strong and Chelcie Ross in deliciously sleazy cameos) that there is no way for him to get past the regulatory agencies that want to keep men with criminal histories like his away from banking; his mistake was committing his misdeeds before becoming a bank, while the megabanks that caused the 2008 crash and got away largely scot-free did it the other way around.

But there’s still hope that he could secure a state charter, particularly since he knows his way around the New York power structure so well.

Next up: art, specifically the abstract paintings of Nico Tanner (Frank Grillo). Axe is set on buying three canvasses when he discovers he’s been beaten to the punch by his new rival, Mike Prince. He tries to commission new pieces, but Tanner tells him he doesn’t paint for money. “‘I don’t paint for money’ means ‘nobody’s paid me enough yet,’” Axe tells his right-hand man, Wags, “so if you can’t buy the art, buy the artist.” He winds up purchasing Tanner a new studio in addition to commissioning eight paintings for an undisclosed amount of money. Hey, the Medicis paid Michelangelo to paint the Sistine Chapel, didn’t they? What’s the difference?

Finally, Axe has to get his son, Gordie (Jack Gore), out of hot water at the elite prep school he attends, after the young Axelrod’s cryptocurrency-mining operation (one of those again?) causes a power outage for the entire town. Here’s where things get really nasty.

After discovering that the headmaster (J.C. MacKenzie) is using Syrian-refugee scholarship students as his own personal labor pool, Axe blackmails him into allowing Gordie to stay enrolled, all right in front of his son. He then demands an opportunity to address the student body, delivering a fire-and-brimstone sermon in favor of capitalism, the system that harnesses our desire to “be greedy, be hungry, subjugate and conquer, because that’s who we are, that’s what we are” better than any other.

Weirdly, Bobby’s attack-helicopter parenting inspires Mike Wagner to reconnect with his (many, many, largely estranged) children — well, weirdly for normal people anyway; this is Wags we’re talking about. This campaign meets with mixed success. Oh sure, he tracks them down, with the help of Axe Cap’s fixer-for-hire, Hall (Terry Kinney). But Wags bumbles his way through a call with one of his daughters (“You ever try talking to a 14-year-old girl on FaceTime?” he asks Axe; “I hope that was one of your kids,” replies the bossman) and inviting his eldest son, George, to the Axe Cap office, whereupon the younger Wagner attempts to tell his father the Good News about Jesus. Best of luck with that, sonny boy.

Taylor Mason finds religion of a different sort in this episode. Thanks to a cutting-edge computer program that analyzes human speech for hidden meanings and messages, Mason deduces that a university president wants to divest from fossil fuels, but is digging in his heels against divestment simply because he doesn’t want to give student activists the time of day. Taylor, who can make money off divestment, nearly gets him to pull the trigger, but he is overruled by the chairman of the board of trustees, a no-nonsense Navy admiral who decries “candy-ass” college students.

Fortunately, Mase Cap has a no-nonsense naval officer all its own: Sarah (Samantha Mathis), Taylor’s steeliest operative. She convinces the admiral to divest lickety-split — but she also presents Taylor with the idea of filling the fossil-fuel vacuum with the firm’s own investments. To Taylor, this defeats the entire purpose of getting the college to divest. Axe has no such qualms and cuts a deal with a pair of petrobarons right away; Sarah, disgusted by her boss’s softness, quits in protest. Greed, hunger, subjugation, conquest: They’re the capitalist way, and Taylor just let down the side.

Many of these conflicts play out in miniature on the Chuck Rhoades side of the show. A bit adrift now that his divorce from Wendy is moving forward, Chuck wants to return to his alma mater, Yale Law, to teach. The only problem is that his father, a fellow Son of Eli, is years and years in arrears on his pledged donations to the institution. Rhoades père agrees to pony up, but only if Chuck arranges a formal introduction between his kids and Charles Sr.’s new wife and baby.

Chuck pulls it off with help from Wendy in exchange for dropping his financial restraining order against her — but he keeps in the dark about the quid pro quo with Yale, allowing her to believe his “it’s all about family” baloney.

Perhaps that’s the biggest difference between Bobby and Chuck. Rhoades does his skulduggery in secret and under cover; Bobby proudly puts his on display for Gordie and his classmates to take in as a learning experience. If he’s right about capitalism’s being a matter of subjugation and conquest at heart, these are valuable life lessons indeed. Everybody’s got a price, and some people don’t mind who sees them paying it.