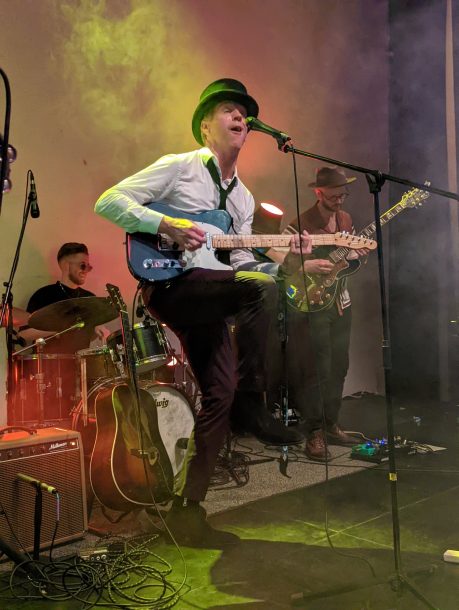 Great showman too is our Damian! Crowd loving him, especially the women in the front row no doubt! pic.twitter.com/penGbebC8N

72 hour lightning trip to London: fun weekend with fan friends & an incredible evening with the one and only @lewis_damian at @LondonJazzFest 🎉🎸🎶 I look like a zombie with jet lag + 5 hours of sleep but this was my view last night so WORTH IT! Story coming soon 🤩 #DamianLewis pic.twitter.com/abTk7kiEal

We’d like to thank our very own FanFunWithDamianLewis for videos and photos of the event, as well as fans Tsvetanka, Nastasia, Noe, Bamm and Vincent. Without them, we wouldn’t have been able to share with you the fans, all over the world!