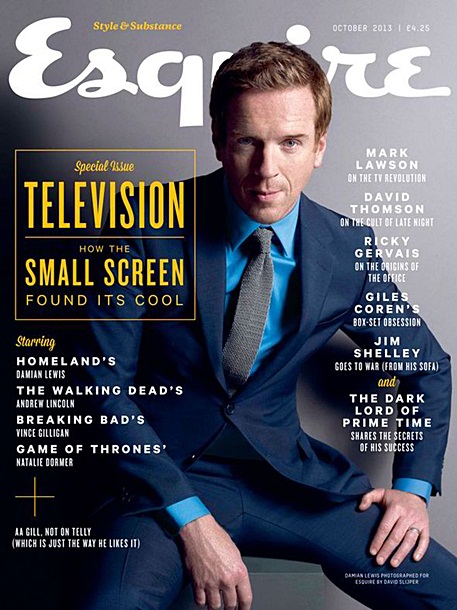 Click below for previews from the issue and video of the cover shoot. The Esquire UK October ‘Television Special’ issue goes on sale Thursday, September 5th.

The 2013 Primetime Emmys will air live from the Nokia Theater L.A. Live in Los Angeles on Sunday, September 22nd on CBS and will be hosted by Neil Patrick Harris. 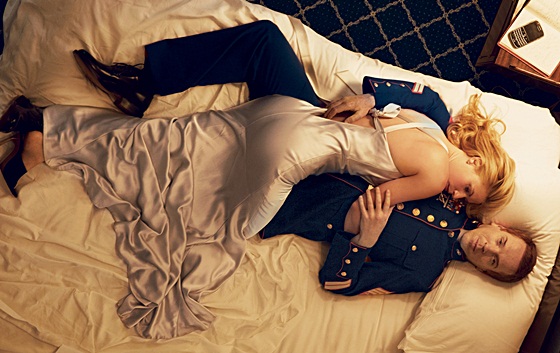 The Vogue article is all Claire Danes, but the behind the scenes video and photoshoot include Damian. 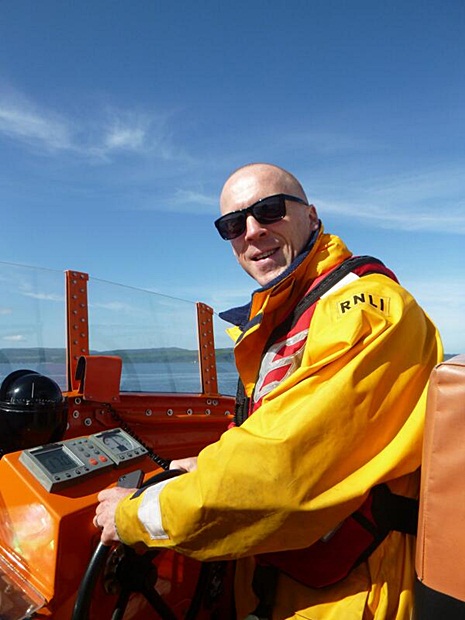 The celebrated actor, currently filming The Silent Storm on the Isle of Mull, was shown around the lifeboat and observed a man overboard and boat handling exercise before having an opportunity to take the helm of Tobermory’s Severn Class lifeboat, Elizabeth Fairlie Ramsey.

Speaking after returning to the station, Damian said: ‘I just spent the morning going on exercise with the brilliant RNLI volunteer crew at Tobermory. They do brave work in often rough conditions. For free. Please support the RNLI, starting today.’

My apologizes in posting this late! But according to Daily Record, Damian is teaming up with Lana Del Ray to unveil Jaguar’s new F-TYPE in a movie thriller. Del Rey features the car in the video for her newest song Burning Desire and the song is the title track to a special film, out later this Spring, called Desire, which will star Golden Globe winner Damian Lewis, best known for his role as Nicholas Brody in the hit TV series Homeland. Made by the award winning producers Ridley Scott Associates, the 12 minute short film called Desire tells the story of Clark, played by Lewis, who delivers cars for a living. He runs into trouble after a chance encounter with a mysterious, young woman (Shannyn Sossamon) in the middle of a lawless desert. Lewis said: “Clark is a man who is delivering a Jaguar F-Type. He is a well tailored, well-mannered, charming Englishman we hope. He gets himself embroiled in a little bit of a local drama as he realises the man he delivers it to is chasing his wife. She is on the run with 2 million of his dollars.” 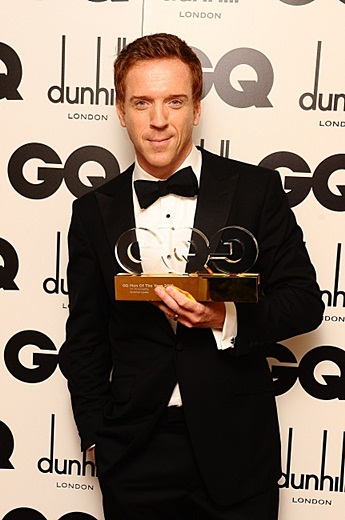 What a difference a year makes. Twelve months ago, Damian Lewis wasn’t short of critical acclaim – including a Golden Globe nomination for Band Of Brothers, a well-reviewed stage appearance in The Misanthrope and his starring role in the much-admired but short lived American series Life – but still wasn’t quite a household name. Since the premiere of Homeland in February on Channel 4, the 41-year-old actor has found himself dining with President Obama at the White House, nominated for both a Golden Globe and an Emmy and most importantly, as the hypnotic, impenetrable Sergeant Brody, Lewis has become the star of one of the most watched and most talked about shows on TV. Homeland returns to British TV in October – but that’s not all for Lewis: up next is a return to film in this autumn’s The Sweeney and next spring’s adaptation of Romeo & Juliet, followed by HBO American Civil War series To Appomattox. His well-deserved success, like his award for TV Personality Of The Year, has been a long time coming.

He says: “I do feel like the cat that got the cream. This kind of show only comes along once every five years.”