END_OF_DOCUMENT_TOKEN_TO_BE_REPLACED

Seventh Time at the Helm 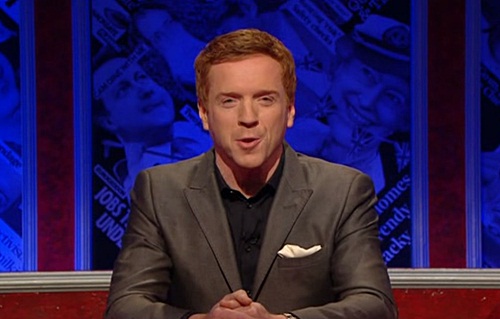 Have I Got News For You is returning to its studio for its 60th series.

Series 59 of the long-running panel show was filmed virtually, from the panellists’ respective homes during lockdown.

However, the upcoming series, which will mark the show’s 30th anniversary, will be back in the studio, and hopefully with the reintroduction of a studio audience.

The audience at Riverside Studios in Hammersmith will be socially distanced and at a reduced capacity, while there are plans to have a second socially distanced audience watching the record from a separate screening room, with this audience’s live reactions being used to recreate the impact of a full audience.

While the audience is reduced, though, there has been no scrimping on the star power.

The first episode of the 60th series will be hosted by Homeland star Damian Lewis, who is returning for his seventh time at the helm.

Comedian Josh Widdicombe and journalist Katy Balls will be joining regular team captains Paul Merton and Ian Hislop as guest panellists, as the show marks three decades since Have I Got News For You’s launch on the BBC in 1990.

Damian Lewis was again guest host of Friday’s episode of Have I Got News For You. Those in the UK can rewatch it on BBC iPlayer. (Update: Click here to download it from our media archive.) The extended version Have I Got A Bit More News For You broadcasts Wednesday, November 14 on BBC1.

Don’t miss Damian on The Jonathan Ross Show on Saturday, November 10th at 9:50pm on ITV1.

Damian Lewis was guest host of Friday evening’s episode of Have I Got News For You. Those in the UK can rewatch it on BBC iPlayer. Click below to watch it on Youtube. Click here to download the episode from our media archive. The extended version Have I Got A Bit More News For You broadcasts Sunday, April 29 on BBC1. Update: I replaced the files posted on Friday with the extended version which aired on Sunday. 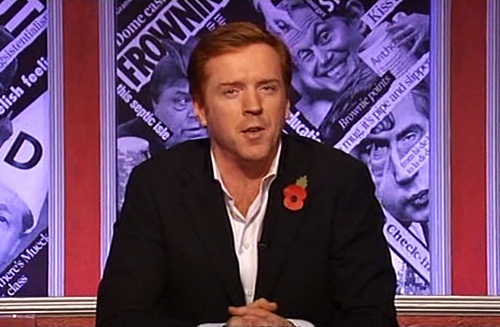 Damian Lewis will be the guest host of this week’s episode of Have I Got News For You airing this Friday, April 27 at 9:00pm on BBC1! The extended edition Have I Got A Bit More News For You will broadcast Sunday, April 29 at 10:25 pm on BBC1. The show will be taped Thursday at London Studios. We’ll try and have a download available in the media archive by Friday or Saturday.