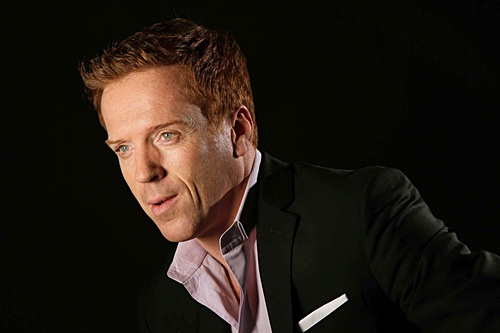 Having wrapped at 1 a.m. the night before, Homeland star Damian Lewis was fast asleep when he received his first-ever Emmy nomination for best actor in a drama series. “You never take awards seriously until you’re nominated. And then you take them very seriously,” he says, still in his pajamas as he absorbs the news which came first from a Showtime publicist. “It’s just nice to be part of the club,” he continues, describing his current state as “elated.” While the rest of his cast spend their evening on the Charlotte, North Carolina, set hard at work on the Emmy-nominated drama’s second season, he and his wife, Helen, will be out to dinner celebrating. He adds: “And there will be champagne.” [The Hollywood Reporter]

It’s such a great show and you and Claire especially have to do such intense work, it must be so rewarding to get these nominations?
DAMIAN LEWIS: Yeah I mean of course. Everyone is always trying to be sort of tasteful about awards and It’s the work that’s important and awards don’t really matter. Of course, it’s nice when you get nominated. It’s ostensibly an Emmy. And it’s a recognition. It’s being in the club and just saying “We thought you handful of guys and girls did amazing work so we’d like to recognize that.” I wanna be a member of this club. [EW.com]

Damian Lewis calls the Emmy nominations for Showtime’s Homeland a “big breakout story.” “I’m very excited,” he says of his nomination for the role of Nicholas Brody in the show’s first season.

“I’m over the moon. It just seems to have caught people’s imagination. I think it’s because it’s a character-based show that enabled me and Claire (Danes) and all the other actors to explore character and show what we can do. ” [USA Today]

“Right now I just have mimosas sort of swimming around in front of my eyes but I haven’t actually managed to get a hold of one, so I think I need to go and put that right, and maybe a little champagne brunch. I have my family with me and my two small children, so as long as I can drink alcohol and keep them alive for the remainder of the day, that will be a job well done.” — Damian Lewis, nominated for his lead role on “Homeland.” [AP]

“I got the phone call completely in my sleep,” “Homeland” star and Emmy nominee Damian Lewis says with a chuckle. “It was like my Emmy alarm clock.” [Variety]

Damian Lewis, Homeland, Lead Actor in a Drama Series: “I’m over the moon to receive my first Emmy nomination. I feel so lucky to be a part of “Homeland” and am extremely grateful to the writing team for continuing to write such extraordinary roles for all of us. I couldn’t feel more proud to be keeping company with such a fantastic range of talented actors.” [TV Guide]

On reactions to his war hero/terrorist character: “The best reaction was during a photo shoot, when this stylist told me that her friend said to her, ‘Can you imagine going out with that guy? You’d never know if he was lying.’ And I thought, ‘You know, that does go to the heart of it, doesn’t it?”

On playing an American: “I’m very aware that this is a role a lot of American actors would like to play. I think people forgive me generally. But one or two people have surprised me. They’ve said, ‘Wait a minute, you’re British.’ And I’m not sure if they’re going to hug me or punch my lights out.” [LA Times]

For his part, Lewis said the response to the show has largely been driven by the nation’s still unsettled mood.

“I think [writers] have very cleverly captured a moment in time,” he said. “There’s a lot of dissatisfaction in the public mood — there’s an ennui about the war on terror, but also a specter of threat from this hidden enemy and a fear we’ll get blown up again. I think the show rides both those truths very well.” [LA Times]

The 2012 Emmy Awards will air live Sunday, September 23rd on ABC and be hosted by Jimmy Kimmel. 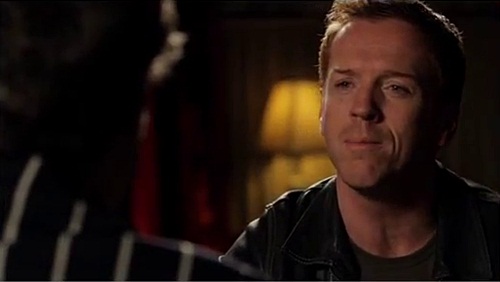 Damian Lewis will be the guest on next Monday’s episode of Speakeasy, a web interview series from MadeMan.com. 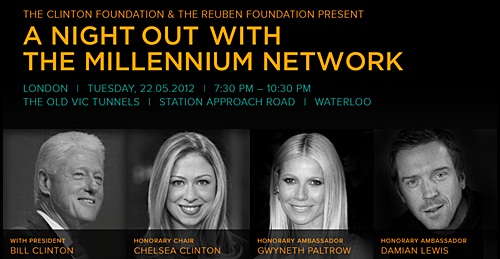 Update: Due to his Homeland filming schedule, Damian has had to pull out of the event. 🙁

Damian and Helen will be in Washington on March 14th to attend a state dinner at The White House hosted by The President and first lady Michelle Obama for British Prime Minister David Cameron and his wife Samantha Cameron!

Homeland star Damian Lewis has revealed that President Barack Obama is such a big fan of the US drama that he’s invited the actor to dine at the White House.

“It turns out it is his favourite show,” Lewis told Graham Norton, in an interview set to air tonight on BBC1/BBC1 HD at 10:35pm. “But the big news is that he has invited me to the White House for dinner. I am going with Helen, my wife, to dinner next Wednesday.

“I am going to fly to Washington, have dinner and fly back. There will probably be a thousand of his closest friends but I don’t care. I am going.”

When asked about the outcome of Homeland, in which he plays an American soldier rescued following years of captivity in the Middle East, Lewis replied: “It will be psychologically and emotionally devastating.

“People will be satisfied, there will be resolution of a kind and there will be one or two surprises along the way. It leaves itself open to return.” Asked if he will be in season two, he said, “I can’t tell you that.” 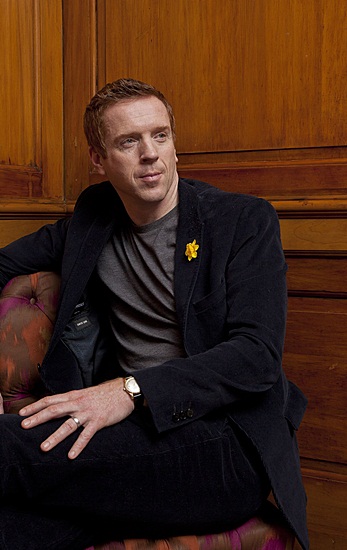 Damian Lewis will be a guest on The Graham Norton Show airing this Friday, March 9th at 10:35pm on BBC1! The program will also air in the US this Saturday at 9:15pm Central on BBC America. As usual we’ll try and have a download available in the media archive not too long afterwards.

Graham is joined on the sofa by the star of this season’s hottest TV drama, Homeland, Damian Lewis; French acting legend Gerard Depardieu; The Wire and The Hour star Dominic West; and pop star Olly Murs, who also performs the single Oh My Goodness. 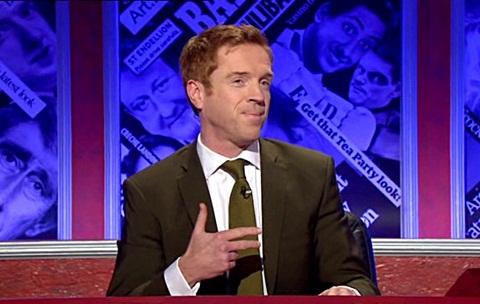