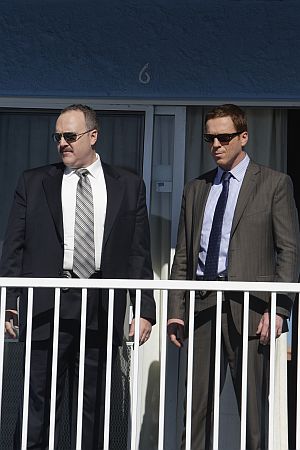 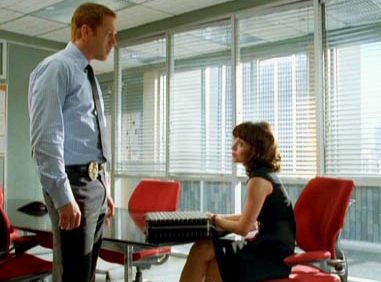 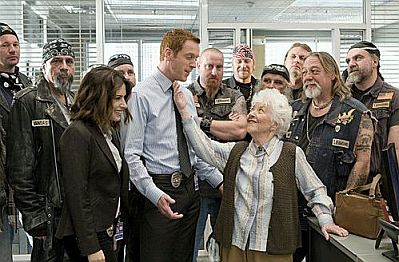 SPECIAL GUEST STAR GABRIELLE UNION JOINS THE CAST OF “LIFE” AS DETECTIVE JANE SEEVER — With Reese (Sarah Shahi) still on loan to the FBI, Crews (Damian Lewis) is assigned a new partner, Detective Jane Seever (Gabrielle Union). Seever, the exact opposite of Reese, is an over achiever with a 15-year plan to one day become mayor. Crews and Seever get right to work on the murder of a court reporter who was clubbed to death with a three iron. The reporter turns up dead after becoming pen pals with a convict who was imprisoned for a jewelry heist. Sarah Shahi, Donal Logue and Adam Arkin also star.

» Click here for information and links for the wonderful music featured on Life.

“…First-time director Rupert Wyatt also co-wrote the film with Daniel Hardy, and he shows an interesting eye for both the bleak and dreamlike visuals as well as the alternating narrative threads…Wyatt knows exactly when to switch to the action of the escape itself. Aside from the timing, Wyatt’s edits are also stylistically impressive as locations and events in one thread trigger the move into the other fairly seamlessly…

(Brian Cox) owns the film and his performance alone makes it worth viewing. The remainder of the cast all serve to support him and most do so quite well. One of the standouts is a bulked-up, angry, and barely recognizable (Joseph) Fiennes, and another is Damian Lewis (“Life”) as the menancing Rizza, the most powerful and dangerous convict inside. Both men play hard-asses but do so with completely different styles…The Escapist was released last week on R2 DVD. It’s scheduled for a limited US release from IFC on April 3rd.”

» “It’s My Life”, a terrific new music video from Shervin.

» “Milo, The Professional”, a clip from The Baker posted by hani273nhk.

» “Vox, Life trailer2”, season one of Life will premiere on Vox in Germany on March 11th.

END_OF_DOCUMENT_TOKEN_TO_BE_REPLACED

Damian Lewis is deep in conversation with his brother Gareth, who has just directed the actor in his latest film, The Baker. So how was it for the actor working with his younger sibling? “We’ve actually had a ball working together,” Lewis declares, as Gareth bids us farewell. “Maybe at the end of each working day, the Coen brothers throw knives at pictures of each other when they get home, but Gareth and I had such fun. It was like being kids again, only more sophisticated.” He stops and grins. “Perhaps I should say, ‘only marginally more sophisticated’! We certainly have more expensive toys now.”