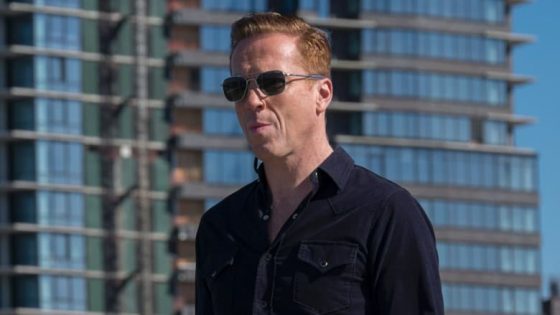 As the third season begins Axelrod is out on bail and more determined than ever to destroy Rhoades, just as soon as he gets his frozen fund back in business.

But new complications abound for both of them. A new president has appointed a new attorney-general (the wonderful Clancy Brown), who has flown in from Texas with a particularly horrifying barnyard analogy and non-negotiable orders for Rhoades to go soft on corporate crime.

There are other new and newly pivotal characters, too, and the music department is working overtime finding songs that can sum them up in the few bars it takes them to strut into the middle of the action. Young Taylor Mason (Asia Kate Dillon) gets The Dictators’ Next Big Thing, which accentuates her punky look and underlines her importance as Axelrod’s new, hard-charging chief investment officer.

Rhoades, meanwhile, has managed to make a sworn enemy of his own father, Chuck Sr (Jeffrey DeMunn​), but he has managed to hang on to his wife, Wendy (Maggie Siff​) – and he has lost none of his enthusiasm for his giggle-inducing sado-masochistic sex sessions.

Giamatti and Lewis are terrific to watch, of course, and Billions’ other real strength is in the casting of the supporting roles, not least David Costabile​ as Axelrod’s right-hand man, Australian Toby Leonard Moore as Rhoades’, and Glenn Fleshler​ as Axelrod’s fiendish lawyer.