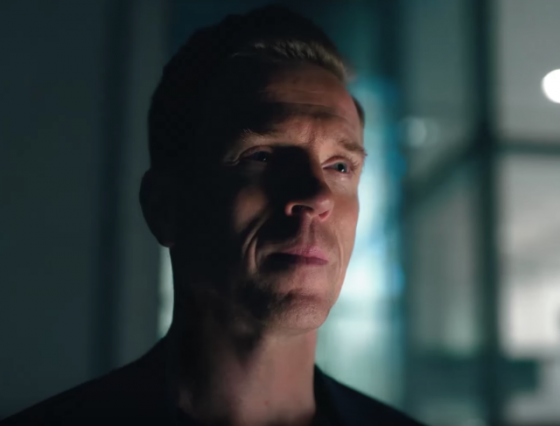 The opening aerial shot of Manhattan, the throbbing electronic soundtrack that eerily fades in–suddenly, my troubles disappear like a dirty million wired to an offshore bank account. It is time for a new episode of Billions, the most enjoyable show on television if you enjoy things like it. The Showtime series–a bro-finance melodrama in the rich tradition of Wall Street, Glengarry Glen Ross, and Boiler Room–isn’t exemplary because of its innovativeness or depth of artistic vision, but it perfects the basic elements. It’s exceptionally well-plotted, well-acted, and gloriously, hilariously unbridled. It takes the thematic trappings of prestige TV as loving source material without deifying them too much. The result is a kind of platonic ideal of the average premium-cable hour-long drama in an age where there are far, far too many of them.

The key to Billions’ appeal is that it is both complicated in its particulars and, on an overarching level, deadly simple. The show feels dense in the moment, given the fact that the majority of the dialogue steeped in trader jargon, legalese, and outlandish extended metaphors. It provides the same uphill battle to figure out what the fuck anyone is talking about that makes the first few episodes of The Wire or Deadwood a hard sell for some. But the conflict is compellingly meat-and-potatoes at its core: The plot revolves around a long face-off between two impetuous and powerful men.

Southern District U.S. Attorney Chuck Rhoades (Giamatti) is intent on taking down Bobby “Axe” Axelrod (Damian Lewis), a hedge fund titan who will go to any lengths to obtain information his company needs. He’s practiced at disguising his unauthorized tactics, unless he feels slighted or trigger-happy enough to throw caution to the wind. Resentful of Axe’s superciliousness and close relationship with his wife Wendy (Maggie Siff), Rhoades can also get sloppy when he’s mad. His similes about what his adversaries should do with other peoples’ dicks and their own asses become baroque to the point of incomprehensibility. Many times over, he’s forced to undermine his profession’s own code of ethics to try to pin Axe to the mat.

Showrunners Brian Koppelman and David Levien are smart to realize that Billions will instantly flag if they try to wrap up this conflict before the series’ final episodes. There have been roughly four essential scenes featuring both Chuck and Axe in the show’s previous two seasons, and they are given the gratifyingly absurd weight of a culminating lightsaber fight in a Star Wars movie. Now the chess game has worn on so long that both men are no longer able to hide their overarching motivations from everyone around them. They persevere because they want to destroy one another, even if they destroy themselves in the process (“Worth it,” Giamatti growls the Season 2 finale, as only Giamatti can). It registers as insanely silly on one level, but still, it’s deeply satisfying to watch them put each other in check over and over and over again.

The new season begins tenuously, which is a reflection of the growing pains inherent to the plot. By now, fans relish the moments when either protagonist wields their power unrepentantly. Whether via a daring trade based on the misfortune of an Asian country or a game of improbable 16-dimensional chess designed to force the hand of a virtuous colleague, Chuck and Axe’s antics are no less ridiculous than a superhero’s ability to knock out a dozen assailants in one uninterrupted series of kicks and chops. But at the onset of Season 3, neither Axe nor Chuck is able to make any big plays. Axe is on the defensive: Chuck used his father’s and his best friend’s money to lure the hedge funder into committing a federal crime, and his dynamic partnership with his wife Lara (Malin Akerman) is on the fritz. He tries to channel the energy he can’t use to trade into turning witnesses and clandestinely influencing the growth of less formidable billionaires’ billions. Meanwhile, Chuck is trying to deal with the fact that all of his former best friends are mad enough at him to potentially send him to jail for a decade or so. The viewer is left to figure out whether or not we really care about his prospective future career in politics.

Having assumed Chuck and Axe’s former professional roles, the outwardly emotionless legal savant Oliver Dake (Christopher Denham) and the outwardly emotionless financial savant Taylor Mason (Asia Kate Dillon) are now at the center of the show’s action. Meanwhile, Chuck’s former protege Bryan Connerty (Toby Leonard Moore) is still playing second fiddle and striving against hope to be the series’ moral center, futilely reminding everyone that the legal profession should be about the “right and wrong game.” What exactly is anyone in Billions working for anymore? Pure self-preservation, and at its most tedious moments, the show feels like it’s doing the same thing. “This is where we live now, in retreat,” Wendy opines to Axe at one point.

However, part of Billions’ slightly ludicrous charm is in its overt attempts at topicality, and there’s plenty of that to go around this season. Obviously, Koppelman and Levien felt the obligation to posit a few theories about how our antiheroes’ professional life might reasonably change in the Trump era. The word “Breitbart” gets dropped in Episode 3, and Chuck’s new boss in D.C. is a loud-and-proud Texan who is unabashedly forcing his hand with the cases he chooses to prosecute, including one relating to a prisoner allegedly killing an abusive prison guard. When it comes to monitoring the greedy hedge funders, there’s a new mandate from the “new regime”: “The tie goes to the runner, and that’s how I want you to think of our business community from now on.” (“I never liked the idea of a ‘regime’ in power in the country,” Rhodes counters later, gritting his teeth.) Other contemporary flourishes include Axe taking payment for his clandestine advisory work in crypto, Taylor wrestling with the prospect of employing quants and algorithms to improve trading ability, and the SpaceX-adjacent plot from last season.

The ongoing joy of Billions is in its lovingly integrated details, and even at this slightly addled juncture, it still has plenty of flourishes that remind us why this show is so viscerally satisfying.

Read the rest of the original article at Spin