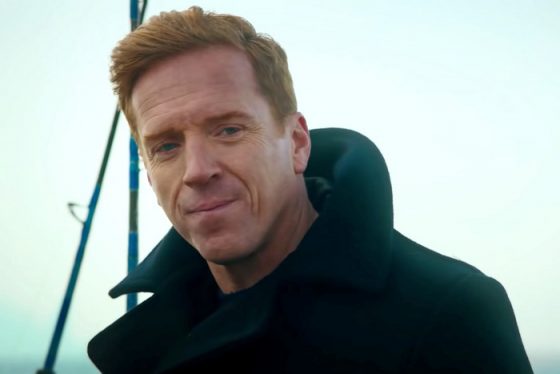 Billions does not have time for you to read between the lines: As soon as the James Brown tune “The Payback” plays over the opening images of flames cremating the body of “Black Jack” Foley — nicely juxtaposed with the flames of Anthony Mangieri’s pizza oven — it’s firmly established that this episode will be about revenge, and there will be no room for subtlety.

After last week’s game changer, “A Proper Sendoff” returns to business as usual, while still leaving us with several big teases. Wendy, having hit her vulnerability limit, has accepted Taylor’s offer to talk — which could have huge consequences for her relationship with her boss. Speaking of Axe, he is so not done calling in those favors from Chuck. Next on his agenda is having the New York State Attorney General prosecute Taylor for financial crimes. Proof of illegal activity be damned. Oh, and Kate Sacker and the FBI are investigating the shady underpinnings of Charles Senior’s planned real estate monstrosity, a project intended to rebuild Chuck’s trust fund.

“A Proper Sendoff” begins with the double date of Lara Axelrod’s nightmares: Chuck, Wendy, Axe, and Rebecca Cantu noshing on pies at Una Pizza Napoletana (guess Axe and Bruno remain on the outs). Wendy is still pissed at Chuck for going public with their BDSM lifestyle. I know what a mental release it was for Chuck, whose sexual preferences stem from decades of emotional abuse, to give America’s puritanical attitudes the finger. However, I stand by my argument that disregarding his wife’s wishes to serve his own needs was inexcusable. It is not fair that Wendy lost jurisdiction over her narrative just so Chuck could take control of his.

It’s also at Tense Pizza Dinner that Axe tasks Chuck with the Taylor investigation, although he’s forced to sit tight, because Chuck has committed a mother of a political double-cross in order to have his AG powers reinstated. It’s standard Billions fare: Jock Jeffcoat threatened to strip the new governor, “Buffalo Bob” Sweeney (Matt Servitto), of his own authority unless he did the same to Chuck. So Axe keeps himself occupied by throwing a billionaire’s tantrum over the latest bruise to his ego.

Remember how Axe paid for the schooling of his dead colleagues’ children? The colleagues who perished on 9/11 while he profited off of the day’s tragedy? Well, one of those kids, John Rice (Seth Gabel), now has his own shop, and he’s suddenly cashing Axe — one of his initial investors — out. Axe doesn’t buy John’s story of wanting to remain a modest firm, so he concocts yet another ridiculously elaborate ruse to both drain the guy of his money and get him to admit he doesn’t want Axe’s ill-gotten billions funding his business.

Once I heard Lou Reed’s “Vicious,” I was like, “OMG, Axe is going to kill this guy on their spontaneous fishing trip!” (There’s even a Natalie Wood reference, for crying out loud.) No, worse. He fakes engine trouble and arms Ari Spyros (Stephen Kunken) with a two-way radio so he can play an indifferent rescue boat operator with a bad accent. All so John will spill his guts.

Meanwhile, an elite team at Axe Cap moves most of John’s money out of his firm. By the time John is back on land, his phone is blowing up, and not in a good way. Axe’s message is clear: There are always strings. Cut them at your own risk.

Chuck sends a similar message at the end of the episode when he arrives at Black Jack’s funeral: Fear him. He hits a new low by upstaging the dead (though it’s Black Jack, so it’s a proper send-off) and delivering the antithesis of last week’s sexually liberating speech. High on his restored power, Chuck has law enforcement storm the church to arrest all the crooked members of the New York State legislature.

Normally I’d be in favor of “justice,” but not when it’s being dispensed by a guy who invokes Julius Caesar right before launching into a totalitarian-sounding manifesto: As the camera pulls in tight on Paul Giamatti’s face, Chuck bellows a promise to “purge these pews until corruption has been cleansed from the Empire State.” Using the words “purge” and “cleansed” is never a good sign, even in the name of demolishing cronyism.

Now, let’s move over to the two people most affected by Chuck and Axe’s actions from last week. Taylor is still maintaining a public poker face after losing Grigor Andolov’s billions, but in private, the stress of their astronomical loss manifests as a vomiting attack. What they need isn’t Mafee comparing them to Samuel L. Jackson in Pulp Fiction, but a “Grigor-sized replacement.”

The best option is for Taylor to pitch the New York Firefighters’ Fund. Their biggest advantage? New York firefighters hate Axe — because he screwed them over for personal gain — and Taylor can relate. Taylor told Wendy in season two that their father was fired when they were in seventh grade, and the family never recovered. In their pitch to the NYFF, we get more details: Douglas’s company stole his invention and never paid or credited him for his work.

Taylor is now determined to do whatever it takes to ensure the NYFF’s money stays with the firefighters’ families. Yes, they need the NYFF’s investment for Mason Capital to stay afloat, but the resolve in their eyes speaks to an even greater goal: to allow Douglas to succeed after a lifetime of failure.

What I also appreciated about this scene is how intently Wags listens to Wendy. The rare flicker of his human side is always a welcome bonus.

But Wendy needs more than empathetic looks. At the end of the episode, Wendy reveals to Axe that the Mason Capital folks “piled on” her hard on social media — until Taylor ordered them to stop. She also discloses that Taylor called her, but she didn’t respond.

Axe’s response to Taylor’s understanding of Wendy’s vulnerability? “Lame.” Yeah, not what Wendy needs to hear right now, dude. I know what it is to be in Wendy’s position — you’re in so much pain, but no one you’re close with can help. So you reach out to someone who can, even if it’s your boss’s sworn enemy. Wendy has been denying herself self-care for too long, so please, bring on this new friendship.