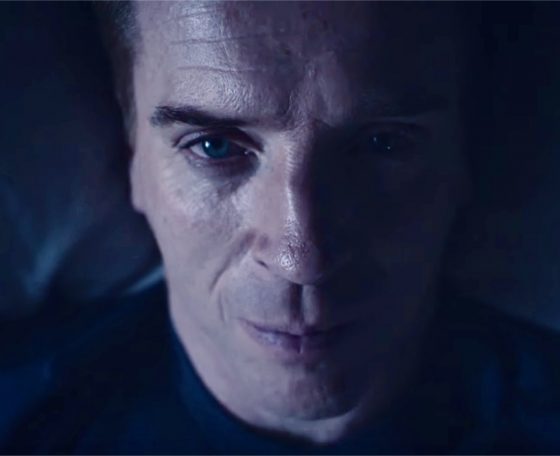 From The Trader’s Desk: Sabotage! Billions S4 E12 – Season Finale’Cause what you see you might not get
And we can bet so don’t you get souped yet
You’re scheming on a thing that’s a mirage
I’m trying to tell you now it’s sabotage
Sabotage – Beastie Boys

Welcome to the last “From the Trader’s Desk” for Season 4 of Billions. We’ve seen the Good, the Bad, and ultimately, the very Ugly from our favorite characters this season (look for our upcoming “Best of Billions” for this season soon!), and this episode, “Extreme Sandbox” was no different.

Before I get into the episode, I want to say how much I have enjoyed bringing “From the Trader’s Desk” to you all each week. These posts were originally supposed to clear up any “fin-speak” that non-Wall Streeters just didn’t get. In the beginning, there was a lot of it! So much so, that we were adding to our Billions: Glossary on a weekly basis. However, as the show got more and more into the characters and the complexity of their relationships, the financial jargon got less and less. What would I write about? I decided that I would do what I do best: analyze and evaluate. If I can do it with companies I trade, I can do it with the rich characters of Billions. I didn’t know how it would go, but I have gotten some of the best feedback on my analysis posts, so thank you!

Sabotage: deliberately destroy, damage, or obstruct (something), especially for political or military advantage

This episode saw the deliberate destruction of a relationship, a business, and a career or two. Sabotage was on the mind of Axe, Chuck and Taylor, and even though there was no “Who Shot JR?” cliffhanger, all of this was the perfect setup for Season 5. Chuck: I’ll start with Chuck because to be honest, we all kind of knew he was setting up Bryan (and Jock) from the get go. Chuck is brilliant at playing the long game, with the precision of a surgeon with a scalpel (as opposed to Axe who uses a chainsaw). I was pleasantly surprised to know that Chuck Sr. was a part of the play from the jump, but Junior’s mastery at leading Bryan down the path of his own destruction was classic Chuck. Also, Chuck has sabotaged his most important relationship: his marriage to Wendy. Every time she needed him, he was simply too caught up with his own revenge plot. Chuck is just as self-centered and egotistical as Axe, he just goes about it in a different way. I find it very interesting that Wendy is drawn to these types of men. I wonder what it says about her.

The Chuck/Bryan storyline was my least favorite of the season (I just don’t like any of the characters involved to really care), but now that Chuck has his old (and possibly favorite) enemy in his sights again, all is right with the world. It should come as no surprise that the straw that breaks the camel’s back for Chuck to refocus his anger at Axe is the $25M “donation” in order to get Wendy’s medical license reinstated. Wait until Chuck finds out Wendy went to Axe’s apartment in her time of need. He’s going to go ballistic! Axe: I’ve been Team Axe even before the first episode of Billions aired. Hedge Fund manager, New Yorker, self-made – all things I could relate to. When it was revealed he loved heavy metal, and had a very unconventional path to Wall Street (via Yonkers Raceway!) I thought perhaps we were separated at birth. But, Axe has made it harder and harder to stay on his Team, and this episode showed a side of Axe that I knew was there but I don’t understand, and really don’t like.

We knew Axe was going to throw Rebecca under the bus. I think in a way, we’ve all kind of known it from the moment they became a couple. It was the “when not if” that was the mystery. Last week revealed the when. This week we found out how and why.

After S4, we know who Axe is and what his priorities and motivations are more than ever. He always needs to win, at any cost. Destroying people – whether it is their careers, dreams or reputations – always seemed to be a means to an end, and in prior seasons it did appear that Axe had at least a twinge of remorse. No longer. Axe has now embraced his demons and can rationalize them. In “Magical Thinking” (S1 E11), Axe asks Wendy if he is a sociopath; at the time Wendy tells him not yet, but if he keeps going as he is, he will become one. I think that day is here. So much has happened to Axe since then that I think any real emotional attachment to anyone is long gone (with Wendy and Wags possibly being the exceptions). I was hoping Rebecca could be the one to bring Axe back from the abyss, but it was not to be.

Axe knew what he was doing to Rebecca was underhanded; why else would he make up a story that he wanted Rebecca to take Wendy on a “state changer”? He needed to get her out of town (and out of touch) so he could destroy Saler’s and Rebecca’s dream in the process. He could have told her his plan, and since there really wasn’t much she could do about it once he had Bensinger on his side, why not just come clean? No, Axe needs to blindside Rebecca, as he felt she did to him with Taylor. As an aside, I will say that the Extreme Sandbox looks like a lot of fun. Maybe it’s because my Dad worked construction for many years and operated many of those machines, or maybe crushing things just looks like loads of fun. Either way, I’d do that in a heartbeat! (I’d also like to do demolition derby and roller derby, but I think that says something about me!) You can see from this day trip, Rebecca and Wendy could be good friends. It is refreshing to see two women getting along, and not being catty. I think this is because they both know who they are and are comfortable and secure in that knowledge. Perhaps that is what Axe sees in both of them.

The way Axe can send Rebecca off to her day with Wendy is amazing. He knows he’s going to stab her in the back, but sends her off with a kiss – the kiss of death!

I know that from a business and financial point of view, Axe’s plan for Saler’s (and Kling) makes sense. For Rebecca, taking over and reviving Saler’s was a dream, maybe even one that clouded her vision a bit. We say on Wall Street you should never marry a stock, and Rebecca was totally committed to Saler’s. Those types of department stores are going the way of the dinosaur (see Sears and JC Penney), and she may have been able to have a good quarter or two. But Axe’s plan – putting the property the stores are in into a Real Estate Investment Trust (REIT) to be sold off, spinning the product lines out to Private Equity (PE), and putting the debt onto Kling’s Balance Sheet and filing for Chapter 11 – makes sense. Paying a onetime “windfall” dividend to buy off the Board is a smart move as well. This isn’t about whether or not this was good business, it’s about how Axe willingly and deliberately sabotages Rebecca’s dream and their relationship all in the name of payback. And no truer words have been said. Axe tries to show the wisdom of this move by telling her how much it makes sense, and how much money she will clear- $1B! He knows it was never about the money for her, but Axe only sees out of Axe colored glasses. He knows this maneuver will hurt Rebecca deeply, and that is exactly what he wanted. He tries to soften the blow by telling Rebecca she can start over, without all the baggage Saler’s had that he got rid of. The Street will think she’s a genius even though it was his plan. His ego is the size of the Chrysler Building he bought earlier this season!

Rebecca wanted to run this company because it wasn’t going to be easy. She wanted to put in the work, and turn Saler’s around. Axe just doesn’t get it. He sees a win, no matter how you get it, as a win.

Rebecca wants to know if she has been being played this whole time. Did he plan this out from the moment she told him her plans? No, it’s way worse than that. When Axe goes into his thought process on when he decided to crush her, it may be one of the best and saddest scenes on Billions ever.

Once Rebecca got into bed with Axe’s “sworn enemy” it was over for them. For a brief second, Axe was going to let Rebecca’s “disloyalty” go – he wanted to be OK with it because he “loved” her (I don’t think he is capable of real love). He tried to breathe in the good, and breathe out the bad, but because he runs on hate, rage and anger, it wasn’t going to work. The things a “normal” person would want – marriage, kids – sound good but Axe knows he is not normal. He is the Terminator, a killing machine. He would never be able to let go of the fury and resentment, and eventually it would consume him. He’d blow up his relationship with Rebecca – kids and all – and make her suffer. His need for revenge outweighs his need for love, so why continue in a relationship he knows is doomed? In Axe’s twisted mind, this now makes them “even”, and now that they know who they really are, maybe then there can be something between them.

Axe gets off very easy in my opinion: “What’s between us now is nothing” is the last thing Rebecca says to him as she leaves the room. I’d have stabbed him in the eye with whatever was handy!