Taylor Back at Axe Capital 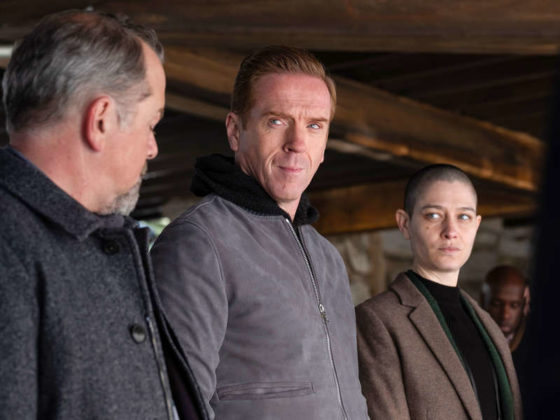 (CBS Local) – “Billions” is back on Showtime for season five and things are about to get interesting as Taylor Mason is back at Axe Capital.

Asia Kate Dillon has been a trailblazer in their portrayal of the non-binary character Mason and Dillon is excited for fans to check out season five of the series.

“We got through shooting seven episodes and we were shooting episode eight when we shut down production,” said Dillon in an interview with CBS Local’s DJ Sixsmith. “The first seven episodes are going to come out and we still have to film the back half of the season. I went into this season like I do every season with excitement and curiosity. I know very little about what’s going to happen ahead of time. Certain things the producers will let me know, but for the most part I like to be surprised. This season, I was particularly interested in how Taylor and Axe were going to get along, now that Taylor is back at Axe Capital. Also, I was really interested in how the relationship between Taylor and Wendy Rhoades was going to develop.”

“That relationship has really suffered some serious blows,” said Dillon. “Last season was a game of cat and mouse and who was the cat and who was the mouse and we were both cats. This season, I was excited to see those relationships developed. Taylor and Wendy… they can’t get away with anything with each other. Even last season, when Taylor is pulling one over on Wendy or Wendy is pulling one over on Taylor, I think they’re both always aware that’s a possibility. They’ve thought about the contingency plan if that’s a possibility. I think every time Wendy double crossed Taylor last season, Taylor was both deeply hurt and very impressed. They both respect and love each other to some extent.”

Had a great lil chat! Thanks for having me 🙂 #Billions @SHO_Billions https://t.co/43XLzQklRc

Read the rest of the original article at CBS Local Denver