Bobby and Chuck Should Learn from the Godfather 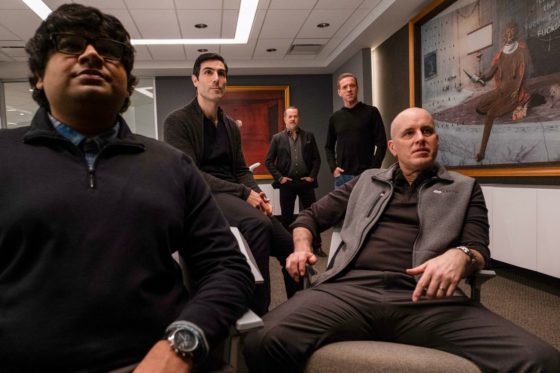 Sometimes you gotta break a bank to make a bank. Or something like that.

“Contract,” tonight’s episode of Billions, (written by Theo Travers and directed by Adam Bernstein) finds Bobby Axelrod continuing his odd quest to start a bank, and destroying another bank in the process.

Axe’s plans for his hometown of Yonkers have evolved beyond just rebuilding every store brick by brick in his opportunity zone. He wants to be Yonkers’s bank, too. He’s applied for a bank charter from the New York Department of Financial Services. Of course, the state’s Attorney General Chuck Rhoades, for some reason, wants to stop him from getting the license.

We’re here to unwind what makes sense and what doesn’t. There’s a lot that doesn’t.

When he can’t use the law against the ex-fiancée, he cooks up another scheme: He enlists Jackie Connerty (Michael Raymond-James), the brother of Bryan Connerty—the man Rhoades jailed—to steal the ring.

Um, what? Chuck brings Jackie into his office, in the middle of a workday, with hundreds of people around, and proposes this criminal enterprise to Jackie. Why would Chuck expose himself to that degree? Why wouldn’t Jackie go to the feds, put on a wire, and destroy Chuck Rhoades? It’s bad enough that Chuck is bribing the DFS, but he’s also orchestrating a stupid burglary, and for what? To keep Axe from getting a bank?

Meanwhile, Axe has no compunction about committing crimes, either. He meets with Calder, who starts stalling. She tells him there is already a bank, Vark Community Bank, in the ZIP Code where he wants to plop down his bank. So, like, he can’t. Because there’s already a bank there.

The DFS approves banking charters, not monopoly licenses. We aren’t aware of any restrictions involving banks and ZIP Codes. We get that Calder is stalling, but it’s a ridiculous objection, and Axe’s lawyer should have objected immediately. Instead, the lawyer just cries that Vark isn’t even FDIC insured.

Um, yes, it is. Community banks offer checking and savings accounts. Which means those accounts are insured by the FDIC. This may seem like a very small point, but it becomes important later.

Calder’s objection forces Axe’s next gambit: destroy Vark Community Bank. His traders are taken off their day jobs, and tasked with cooking up a scheme to ruin Vark. They decide to frame the bank for charging higher interest rates on loans to minorities than to whites. Axe feeds the story to his pet journo.

A few scenes later, Financial Journal reporter Randy Kornbluth (Brian Berrebbi), who is so close to Bobby it seems as if he works for Axe Capital, breaks the story while Vark endures a bank run that will finish it.

Look, we get it. Access journalism is a problem in our industry. We don’t know how other shops operate, but we can promise you Randy wouldn’t have a job at this Journal.

And that “bank run?” Nope. Not happening, not with FDIC insurance. Even if the bank went down, what normally happens is another bank is brought in to take over. There would still almost certainly be a bank in that ZIP Code. What might have actually have happened, though, is the exposé would have resulted in an investigation by the DFS. Which would have investigated the video. And discovered who made it. 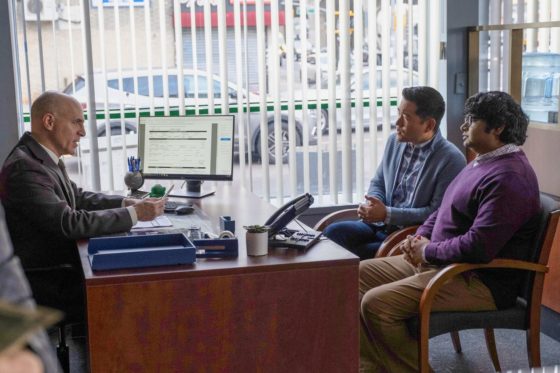 Did Axe actually commit a crime here? He didn’t dream up the scheme, but he had three employees apply for loans from the bank using false information. Dollar Bill (Kelly AuCoin) used a fake name, and Ben (Daniel Isaac) and Tuk (Dhruv Maheshwari) probably did, too. Applying for a loan using false information is a crime.

Which raises a question: Why would Axe pull such a blindingly stupid stunt? Since this show loves its Godfather references, we’ll make one of our own: People like Bobby Axelrod and Chuck Rhoades should use buffers, a lot of buffers. You don’t hire the jewel thief yourself. You don’t personally approve the bank sting and use your own employees to boot. That’s how you land in jail.