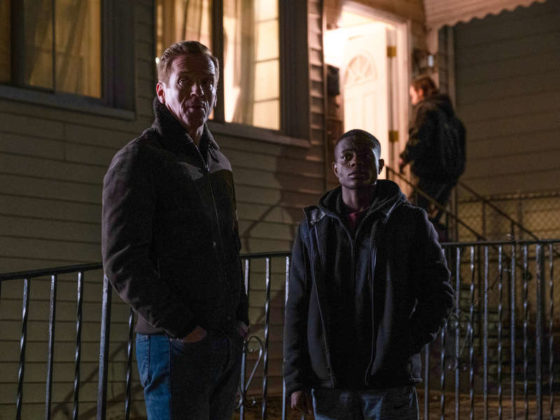 You know, for a show that spends a lot of time engaging with ideas of masculinity and how it’s shaped, influenced by, or influential within politics, finance, and society at large, Billions hasn’t spent all that much time exploring the nuances of the father-son relationship. Sure, Chuck Sr. (identified as Charles from here on out) has been a consistent presence on the show, but there haven’t been too many story lines that tell us something larger about the Rhoades family and how the father-son dynamic impacted both Sr. and Jr. If anything, Chuck has always distanced himself from his father; he needs him, and he’s used him plenty of times, but he’s also embarrassed by much of his bravado and old school thinking.

“Contract” isn’t all about fathers, but it accounts for half of the episode’s storylines this week. At the outset of “Contract,” Charles is playing with his new daughter, following her around the house as she learns to walk and sitting on the floor with her while she plays with her toys. It’s an image that’s then echoed later in the episode, with Charles once again kneeling on the floor enjoying this newfound passion for fatherhood. Then he collapses, helpless. It’s kidney failure, and now he needs a transplant. Laying in a hospital bed, his swagger is gone. He’s frail, terrified, and begging his son to help him get on the transplant list.

It’s a sign that this whole father-son stuff is incredibly complicated. Within the relationship is a collision of protection, love, power, and vulnerability. It all swirls around and collides, leading to a confusing array of emotions. Axe has his own journey with the idea of fatherhood in this episode — and, let’s not forget, Wags is currently undergoing his own emotional journey about what it means to be a dad — as he’s taken to task for skipping out on the dinner with Savian at his childhood home. The episodic arc involves a journalist going after the story of Axe’s absence as a way to paint him as someone who’s not above using people to get some leverage for his business. I mean, Axe did profit off of 9/11, so I don’t think the assessment is far off.

But the plot details of that story aren’t really that important. Axe manages to get the story killed by going after a bank that’s clearly exhibiting racist and homophobic practices. That achieves the goal of overshadowing any potential article about himself — it ends up being a moot point because Savian stays loyal and doesn’t talk to the journalist — while also taking down his clearest competitor when it comes to getting his own bank approved. What’s important is the emotional arc here, as Axe has to reckon with his past in a more formidable, real fashion. When he learns that his deadbeat father is back in town and preying on his mother once again, he nearly comes unhinged. He threatens to cut his mother off, and he goes on a tear in an attempt to vanquish the ghosts of his past. He buys Savian’s home and sets them up with a new place, debt free. Is this an act born out of the goodness of his heart? Not really. He just wants to make sure nobody ever lives in that home again, a symbolic gesture that goes along with Axe having his father’s Lexus — a gift from Axe to his mother, then swindled away from her by her ex-husband — totaled and dumped on the street in front of his house.

Much like last week’s episode, “Contract” is better than the first few episodes of the season because it really gets the ball rolling on some character-specific storytelling. We’ve seen a lot of the same stuff with Axe and Chuck over the years, so it’s a smart choice for the show to move to a different kind of storytelling with them. Now we have Axe dealing with childhood trauma, and Chuck maybe finding a new romantic partner who understands and accepts his sexual proclivities in a way Wendy, no matter how dedicated she was, never truly did.

But there’s also, finally, some new territory for Taylor. They’ve begun their impact fund with Wendy and now it’s time to hammer out the details. Namely, who’s on the team and how big of a piece of the company, called Taylor Mason Carbon, Wendy will get. It’s a tough call. Wendy is valuable, but not everyone trusts her. Lauren, Mafee, Winston; they’re all worried that this is a coup and that Wendy is just trying to bring in people to replace the Taylor Mason Capital employeees, ensuring that Axe Capital has won their war once and for all. Wendy, for her part, sees her value and is asking for nothing less. She’s also getting cozy with the painter Nico Tanner, which is surely helping her confidence (though how Axe is going to feel about that is a whole other issue).