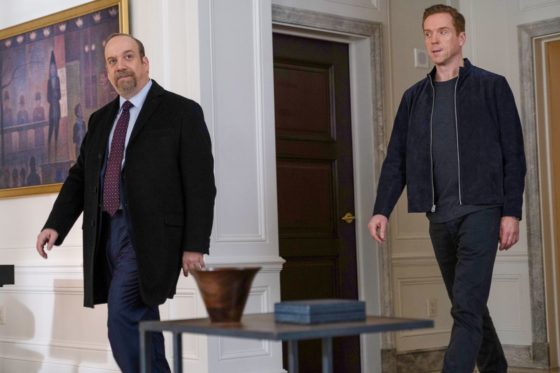 “The Nordic Model” is yet another somewhat-uncomfortable reminder that Billions takes place in an alternate-reality New York, one where the attorney general has the time to pour his efforts into prosecuting a rogue billionaire — and not investigate police violence toward peaceful protesters. The episode is primarily about Chuck’s latest attempt to nail Axe, this time for tax fraud, and how Axe ultimately outwitted the state AG by turning his apartment into a museum for his art collection.

When you sign on to be a Billions fan, it means you’ve agreed to let your brain be regularly twisted into a pretzel trying to decipher the multiple, layered schemes that appear in a single episode. The real challenge is to not let yourself become so consumed with the who-did-what?/how-did-they-do-that? that you miss out on things like the pure enjoyment of specific scenes — or the menace that’s been lurking beneath the surface all along. With only one episode left for the time being, we’re being set up for something far more sinister than Chuck and Axe’s ongoing game of cat-and-mouse: Axe’s increasingly obvious interest in Wendy shifting from potentially romantic to disturbingly stalkerish.

After discovering that a post-coital Wendy was the subject of a Nico Tanner charcoal original, Axe’s possessive nature goes into overdrive. First, he makes an unwitting Nico, who hasn’t delivered any art for Axe yet, paint a portrait of Todd Krakow — because the Treasury Secretary is that venal and vain (he’s agreed to help Axe get his bank charter). Then Axe stays up all night obsessively watching the security camera feed outside of Nico’s building. The second Wendy emerges into the light of day, he calls to invite her and Nico to dinner, claiming he “owes a lot to the art world,” because now the bank charter is within his grasp. The fact that even Wendy looks frightened by this phone call suggests that she knows Axe is watching her. And if she’s gotten on his bad side, then all hell is about to break loose.

While the specifics of Chuck going after Axe for tax fraud are moot at this point (the state AG found out that the billionaire was sheltering his artwork tax-free, a gambit that began last season), I have to take a moment to admire a particular scene featuring Paul Giamatti, Damian Lewis, Vincent van Gogh’s Noon: Rest From Work (After Millet), and a glass of 2010 Château Haut-Brion. Under the pretense of retrieving his son’s video game, Chuck shows up at the apartment Axe lent to Wendy, because he distinctly remembers seeing the paintings in question on the walls. To prove that Axe hasn’t been hanging replicas, Chuck goes full Miles Raymond, bums a big glass of not-Merlot, and proceeds to re-enact a version this famous art blunder, sloshing wine all over the van Gogh. Let’s just say that Axe’s reaction to Chuck’s clumsiness seems a little excessive for a painting that’s only a “replica.” Of course, since Giamatti’s Sideways alter ego would never approve of wasting such good wine, Chuck makes sure to slurp up the single drop left in the glass before making his exit.

Another facet of the tax-fraud subplot worth examining is how Chuck used new girlfriend Cat Brant’s feminist expertise to manipulate Manhattan District Attorney Mary Ann Gramm (Roma Maffia), who had briefly seized authority over the case from Chuck, into giving it back to him. Although it became irrelevant story-wise once Axe put his paintings under the Axelrod Charitable Foundation umbrella, I like seeing how Cat is becoming the person who can keep Chuck’s revolting tactics in check. Chuck asks a (rightfully) skeptical Cat for help in arguing against decriminalizing sex work (one of the D.A.’s key platforms). His intention is to threaten Mary Ann just enough so that she’ll relinquish the case. It’s a dangerous ploy, for sure, because due to his triggering history with sex work — Charles Senior hired a professional to deflower his son when Chuck was 14 — I think Chuck does see sex workers as “criminal, immoral” and “deviant.” But Cat agrees to help, recommending Chuck read her book and offering a stern warning regarding the future of their relationship if he goes beyond threats. A sensible move, considering that those threats included placing sex work in the same category as sex trafficking, with Chuck promising Mary Ann to go all Rudy Giuliani on these women. His vow to “prosecute with a crazy eye and absolutely no sense of boundaries” takes on an even more frightening significance if you viewed this video of an unhinged Giuliani at some point over the past few days.

Fortunately, Chuck’s threats don’t come to pass, which allows Cat to continue her version of sex therapy — something that Chuck has needed ever since his 14th birthday. Joining them in the bedroom is a young, supple sex worker, with nary a piece of bondage equipment in sight. What’s important here is, as Cat assures Chuck, she’s “whatever we want to make of it,” whether it’s a reward, a lesson, both, or neither. There are no rules or requirements.

But Charles Senior, despite being on the precipice of death, still remains the real risk to Chuck making any substantial improvements in his life. The prognosis isn’t good, with neither Chuck nor any of Senior’s previously “unreported bastards” being a kidney donor match. Instead of trying to make the most of what time he has left, Senior remains as surly as ever, insulting Chuck for not having the right blood type, and rattling off a slew of horrendously inappropriate terms for the intellectually disabled. “Your arteries must be filled with the same watery gruel as your mother’s pinhead brother” is a new low, even for Senior.

Senior is determined to stay alive because he superciliously thinks Chuck will turn into a massive failure if he’s not around to push his son toward greatness. But now that Wendy — who isn’t a match either — has gotten him thinking about xenotransplantation, I am curious as to her motives here. Is she trying to keep him alive to torture Chuck, because of her earlier assessment that Chuck somehow needs his father to die in order to move forward? Or is she pushing Senior toward a slow and painful death?

Perhaps I’m so jaded by the widespread ruthlessness of the Billions characters that I can’t even imagine that there could be a hint of kindness behind Wendy’s suggestion.