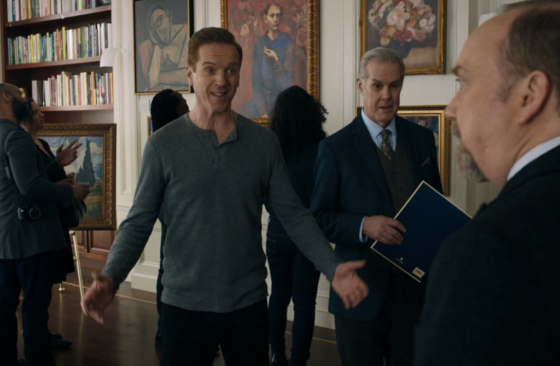 Axe Turns His Apartment Into a Museum to Duck Fraud Charges

You read that correctly, but let’s provide some context. As this week’s “Previously On” reminds us, in an earlier episode of the series, Axe engaged in a clever tax fraud scheme: He had replicas of valuable paintings stored away “in a tax-free state,” and then had the real things hung up in his palatial Manhattan apartment. Chuck and Condola Rashad’s Kate Sacker get wind of this and see an opportunity. As Chuck puts it, “There’s something poetic about taking him down the same way as Capone.”

This plotline provides the episode with its main spine, so there are plenty of twists and turns that take place—too many to unpack in painstaking detail. All we’ll say is that this story thread provides us with a few treasures: Chuck intentionally launching a glass’ worth of red wine onto an original Van Gogh, just to screw with Axe; a few of Axe’s guys helicoptering onto the roof of Axe’s apartment building to smuggle in empty canvases; and Chuck marching back into Axe’s apartment, law enforcement officers behind him, only to be held off by a velvet rope.

To allow the real-deal paintings to remain hanging on his walls, Axe turns his place into a private art museum (with very limited hours to boot). The helicopter and empty canvases were just for the sake of security footage, to make it look like the original paintings were being moved into the unit, even though they’d been there the whole time. It all plays out like a little heist movie, in which nothing’s actually moved or lifted.

Chuck Sr. Tells His Son That Even His Blood Is a Disappointment 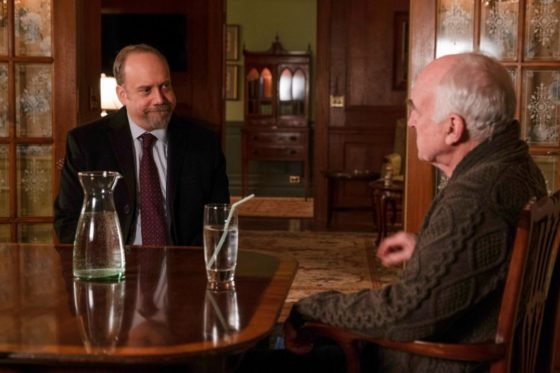 In last week’s episode, Jeffrey DeMunn’s Chuck Sr. took a fall like Vito Corleone in the orange grove. The old man’s got kidney failure, and in desperate need of a transplant. Chuck takes a blood test to see if he’s a match, but comes up negative. When he breaks the news to his father, Chuck Sr. takes it… well, about as well as you’d expect him to—he shames Chuck, in truly eloquent fashion, for not being man enough.

“Of course you don’t have my blood flowing in your veins. If you did, you’d be goddamn president by now, or the f**king pope,” Sr. says. “No, your arteries must be filled with the same watery gruel as your mother’s pinhead brother.”

It’s always touching to witness a heart-to-heart among members of the Rhoades family. To be fair, though, Chuck broaches the topic by telling Sr. that now might be a good time for him to try and reconnect with any illegitimate sons he might have—not exactly a gentle or direct approach. And besides, Sr. is already way ahead of him. At the very end of the scene, the elder Rhoades admits to having fathered a few kids on the side by simply saying, “They didn’t match, either.”

Axe is not too happy with Frank Grillo’s Nico Tanner. Not only is the visual artist not producing any paintings for Axe to see, despite agreeing to work on commission, but now Axe has found out that Tanner and Maggie Siff’s Wendy Rhoades are an item. How does he learn about this? He spots an off-the-cuff sketch of Wendy sleeping in bed, signed by Tanner. (In one of the episode’s earliest moments, we see Tanner drawing Wendy like one of Jack Dawson’s French girls.)

So Axe decides to exert dominance over Tanner—who’s been torturing himself for a few episodes now about feeling like a sellout—while solving another problem. He tells Tanner that he’s got to do a portrait of Danny Strong’s Todd Krakow, the U.S. Secretary of the Treasury. (It always brings a smile to our faces when we remember that Danny Strong is in charge of the Treasury Department in the Billions universe.) The artist is resistant, but quickly gives in because Axe is the guy keeping his bank account so fat—and, Axe notes, Krakow’s the guy whose signature appears on all the money that’s keeping that bank account so fat.

In exchange for having the portrait done, Krakow agrees to help Axe along with his other major scheme for this season, opening a bank. It’s an easy trade for Axe to make, and Krakow’s clearly happy just to have a tribute to himself; he just doesn’t want a cubist approach. He’s makes it clear that he’s got no interest in a painting that would put his left eye anywhere near his scrotum.

Chuck Threatens to Punish Sex Workers to Get What He Wants 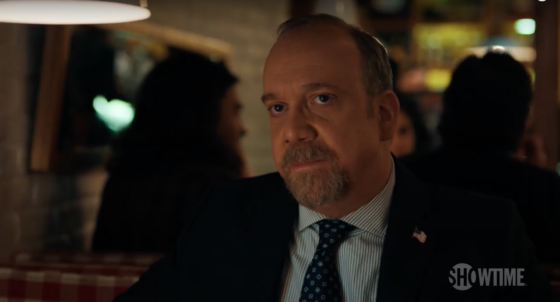 This next subplot gets real dark real quick. The Manhattan District Attorney—played by Roma Maffia—has been disrupting some of Chuck’s plans lately, to defang him a bit and keep him out of criminal prosecutions that fall under her jurisdiction. That includes the tax fraud case against Axe and all of his shady maneuverings of beautiful paintings. To ensure that he does get to pursue Axe on this case, Chuck threatens to attack an issue that the DA cares deeply about: the decriminalization of sex work.

After getting a crash course on how to have a nuanced and sophisticated conversation about sex work from Julianna Margulies’ Cat Brant, Chuck interrupts the DA’s lunch and lets her know what he’ll do if he can’t go after Axe. “My number-one priority as the state’s top lawman is now fighting the scourge of what you like to call ‘sex work,'” he says. “Which I am going to link very publicly to sex trafficking—human bondage. And I will make it look like I’m stepping up because you failed to.”

Then, in his best gravelly Giamatti voice, Chuck promises that he’ll ruin the lives of female sex workers…