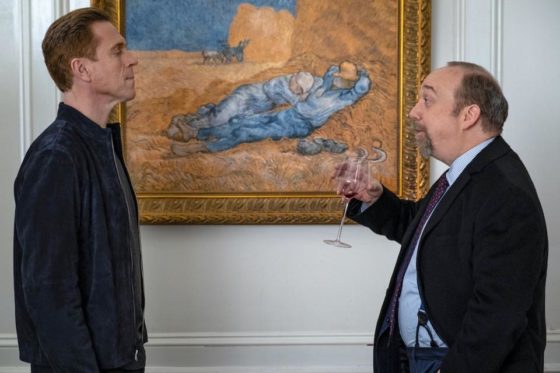 Everyone is faking it but who will actually make it? This is the question in the latest episode of Billions entitled “The Nordic Model.” Beauty is truly in the eye of the beholder but for some, that depends on the monetary value of something. For others, you just cannot put a price on art.

Do you remember the art scheme Axe (Damian Lewis) agreed to with cohorts Danny Margolis (Daniel Cosgrove) and Victor Mateo (Louis Cancelmi)? The plan was to store replicas of Axe’s (incredible) art collection in a permanent tax free state in a free-port and report the stored paintings as genuine while secretly hanging the authentic pieces in his various homes. 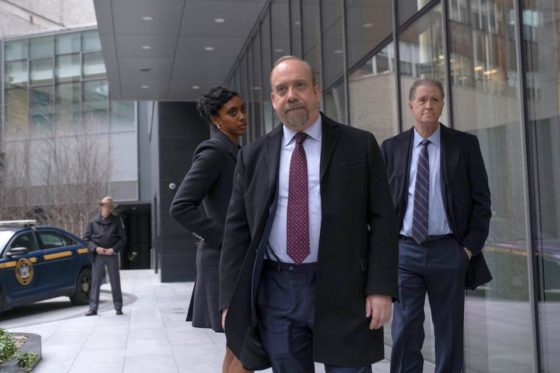 Unfortunately for Axe, Chuck (Paul Giamatti) and Kate Sacker (Condola Rashad) discover the fraud and just to screw with him, Chuck even fake-spills a very expensive red wine on Axe’s prized Van Gogh. Chuck has been especially irked by the fact his soon-to-be ex Wendy (Maggie Siff) has been staying at the spare apartment where it hangs. He could just feel it was the real deal the first time he saw it hanging in the living room and it’s bothered him ever since.

If this scheme of Axe’s is exposed, he can forget about getting a letter from the SEC to support his bank. He has to fix his painting problem but first he wants to know how the scam leaked in the first place. It turns out Danny was using Axe as his celebrity endorsement to get other billionaires on board. Obviously, if he gets caught on tax fraud, he can kiss his dreams of owning a bank goodbye.

The replicas in the free-port were meant to be moved around, not to remain stationary. So, Plan A is to disappear the real paintings from his homes but how can he do that when the building is surrounded by the NYPD?

Time is of the essence as Chuck gets his warrant and a topnotch art authenticator is en route. Both are ready to nail Bobby to the wall. A variety of options are considered by Axe’s team, including setting a contained fire. A slippery Axe beats Chuck at his own game by turning his residence into a private art museum. The entirety of the art collection now officially falls under the ownership of Axe’s charitable family foundation. This was quite an impressive feat that Axe’s gang coordinated overnight involving a helicopter and a lot of chutzpah.

Despite Chuck’s merciless attempts to win, you still root for him. In this case, when the district attorney of Manhattan, Mary Ann Gramm (Roma Maffia), threatens to take over the case on the grounds of jurisdiction, Chuck has to find a way to get the case back and he finds her weak spot, which is her effort to decriminalize sex work.

With the help of Cat (Julianna Margulies), he comes up with a plan to threaten the DA that he’ll criminalize sex workers. Cat applauds the DA and her work to save these victims. Cat also agrees with the Nordic Model for its effort to decrease the stigma and redistribute responsibility. Why should the workers be punished and not the patrons? He does get the case back from the DA but isn’t able to take Axe down. Not this time anyway.

Cat is disturbed that he’s asking her to help him but he makes it clear he just needs the DA off his turf and he won’t make good on his threat. Cat makes it abundantly clear that fighting for the rights of sex workers has been a part of her life’s work and if he follows through on his threats, they are over. Luckily for him, he never has a chance to follow through as his plan falls to pieces and he’s rewarded when Cat purchases a sex worker for the two to enjoy for the night.

Wendy is at the heart of a love triangle. For now, her relationship with artist extraordinaire Nico Tanner (Frank Grillo) is heating up and he comes to regret sketching her as she sleeps in his bed. She loves the drawing but unfortunately for both, Axe sees it.

Nico isn’t fond of his representational work and wants to throw it away but Wendy insists she wants to keep it. He cannot resist her. Axe, who tries to hide his jealousy, uses it to get a favor from treasury secretary Todd Krakow (Danny Strong). If Nico could just sketch him, it’d help Axe get that bank. Nico begrudgingly complies, though this is just another reminder that he’s sold his artistic soul to the devil.

And, Axe stays up all night watching the security footage outside Nico’s building and the moment Wendy leaves in the morning, he calls her and suggests a double-date. Axe may have been faking solely platonic feelings for Wendy but his real feelings are boiling to the surface. 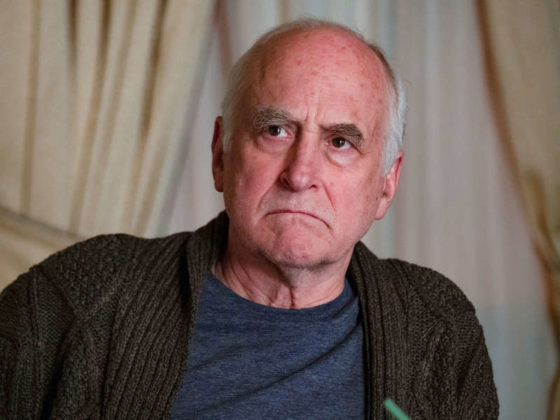 One person unable to fake their feelings is a very terrified Chuck Senior (Jeffrey DeMunn). He knows time is slipping away. Both Chuck and Wendy take blood tests but neither is a match for a kidney transplant. Chuck suggests that if there are any bastard children, now might be the time to reach out but Senior admits he’s already done the outreach and none of his illegitimate children are a match. Wendy does mention how much success there’s been with pig kidneys but Senior says he’d rather die.

Taylor Mason (Asia Kate Dillon) aims to land a new business venture, this time with a methane-capture technology firm. When Oscar Langstraat (Mike Birbiglia) tries to get in the way of their latest play, Taylor asks Wendy for guidance. How can they fight back when Oscar is threatening to out-spend every time the two go head-to-head? He can certainly afford to play this game and if he succeeds, their burgeoning enterprise will be threatened.

Wendy advises Taylor to think like Axe, who will demolish his enemies with no remorse. When the head of the methane tech firm explains an employee walked out the door with his tech, Taylor finds a way to wrangle him back into place with the help of Hard Bob (Chelcie Ross). Other than Axe, is there anyone that man can’t terrify into submission?

As for faking it until you make it, Axe Cap compliance officer Spyros (Stephen Kunken) is called out for sporting a fake Mensa pin. He tries to explain that, of course, he would’ve passed the test thus becoming a legitimate member of the elite organization for those with exceptionally high IQs had he had the time to actually take the test.

Mafee (Dan Soder) and Ben Kim (Daniel K. Isaac) know if Spyros suffers the additional blow of failing the Mensa test in addition to screwing up in the banking meeting, it is their lives that will be hell.

Spyros decides to take the test but the gang realizes he doesn’t have what it takes to pass so they hack the exam and override his incorrect answers with the correct ones.