This Isn’t the Limitless Sh*t, It’s the Scarface Sh*t 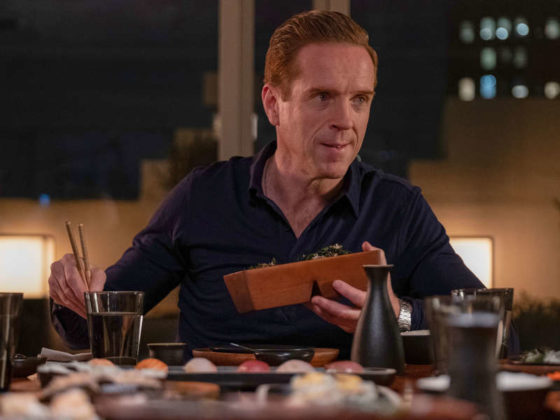 This Episode Is Actually Titled “The Limitless S**t”

Yes, that title is indeed a reference to the 2011 Bradley Cooper flick Limitless. In that movie (which later became a short-lived TV series of its own), Cooper stars as a guy who takes a drug that improves his brain function to the nth degree. (Or, as Phyllis from The Office once put it, “Isn’t that the one where the guy becomes limitless?”) And that’s exactly what goes down at Axe Capital this week—sort of. But we’ll have more on that in a moment. For now, take a second to appreciate that episode title, which is just a peak Billions Bro move—even more so than calling this season’s second episode “The Chris Rock Test.” 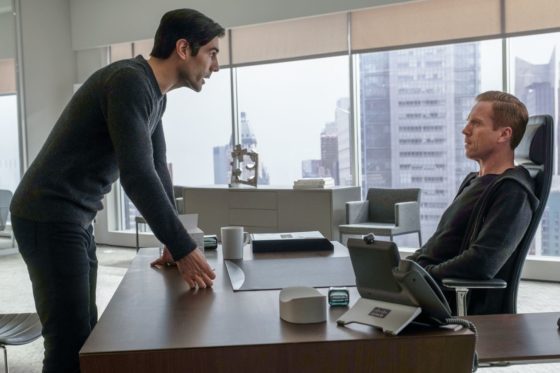 Axe Takes a Drug Called “Vigilantrix,” and It Lets Him See the Matrix

So, about those limits! Louis Cancelmi’s Victor tells Axe about something he picked up at a pharma conference: a new productivity-boosting drug called “Vigilantrix.” (Yes, that’s really what the show’s writers decided on.) According to Victor, it dials you all the way in to whatever you’re doing. “It’s the Limitless s**t,” he says, giving this episode its name.

Axe, naturally, can’t resist, so he takes the pill, which is more Pepto-Bismol-colored than red, but we’re still keeping an eye on it. Regardless of the pill’s color, it has Axe’s pupils fully dilated and him literally seeing numbers flying out at him, as if he can read the universe’s code, man.

Soon enough, pretty much everyone on staff at Axe Cap is following their leader down the rabbit hole, and they’re trying to corner “the rare mineral market.” People are doing business, making trades and other… finance-type things, all while under the influence of a drug that has yet to be approved by the FDA.

Eventually, Asia Kate Dillon’s Taylor Mason—who, luckily, was out of the office when everyone decided to run an impromptu clinical trial—realizes that all of their coworkers are tripping out of their minds and about to crater the entire hedge fund. Taylor convinces Axe to cease all business after a stern talking-to. “This drug is warping your judgement,” they say. “This isn’t the Limitless s**t, it’s the Scarface s**t.” So that title was a lie this whole time!

Chuck Tries Relating to His Students By Quoting Billie Eilish 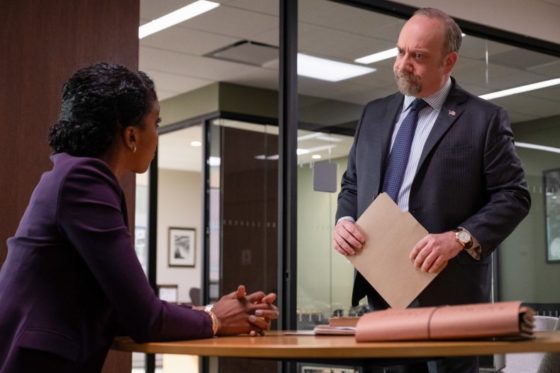 Chuck brings his students from Yale Law into his New York City office and tasks them with an assignment: Dig up dirt on the Secretary of Treasury, Danny Strong’s Todd Krakow, so Chuck and Condola Rashad’s Kate Sacker can build a case against him. That’s all well and good, but more important is how Chuck tries to relate to the youngins.

… We’ll handle this the same way that Sacker does—by moving right along. 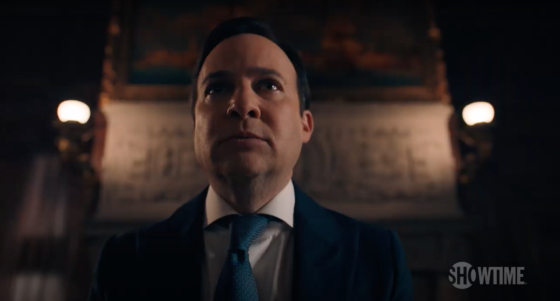 This week’s savviest Godfather reference involves the aforementioned Mr. Krakow. In a ploy to get him to incriminate or sabotage himself, Chuck and Sacker meet with Krakow and tell him that, officially, they can’t confirm there’s an investigation. That’s because there is no investigation of any kind involving Krakow or his cabinet-level associates, but they of course don’t let Krakow know that. They simply plant the idea in his head that there is some sort of investigation.

Sure enough, the next time we see Krakow, he’s freaking out in the middle of a meeting at the New York Fed. Every bit of innocuous back-slapping among besuited colleagues sends him deeper into panic, to the point where he’s suddenly hearing the awful screech of a subway train in his head, exactly like Al Pacino’s young Michael Corleone in The Godfather, right before he pops Sollozzo and McCluskey.

It’s not the most overt nod to Francis Ford Coppola’s classic in this episode—near the end, Axe explains what the phrase “go to the mattresses” means—but it is the most artful. Chuck and Sacker’s plan works out exactly as they envision, too; when the subway noise becomes too much for Krakow to bear, he leaps to his feet and starts leveling accusations against people in his Fed meeting, saying that he won’t be a part of a criminal conspiracy. Well, he also won’t be a part of the Treasury Department any longer, either, because he’s forced to leave his position before the episode’s out.

And with Krakow out as Secretary of Treasury, that means Axe’s scheme to start a bank has been derailed as well.