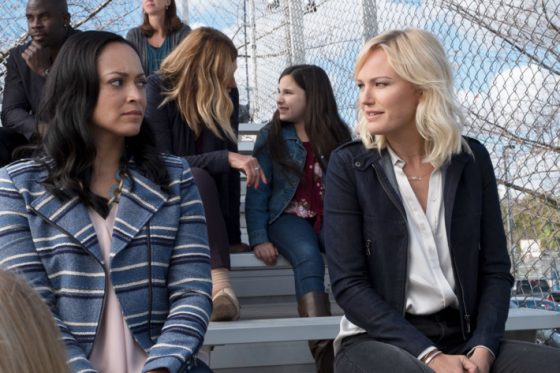 Nothing makes an episode of Billions pop like a scheme: the high-wire tension of the initial Ice Juice play, followed by its equally-thrilling unravelling, or watching Axe squeeze a short until someone’s eyes pop out. After a (very good) week of catching up on what our buddies did over summer vacation, it’s extremely welcome to be right back in the swing of things, racing around at a hundred miles an hour.

Billions is especially good at showing the queasier side of what Chuck and his cronies do to make their cases: I’m thinking of the farmer with the sick kid who they needed in order to nail Dollar Bill, the flight attendant they tried to scam for dirt on Boyd, and so on. This week, they’re holding legal residency status above the head of housekeeper Maria Gonzalez. It’s harder to see who gets ground underfoot by Axe; most of the people he brings low or humiliates are fellow billionaires and ex-employees who’ve dared to go solo. So I appreciate that the situation Maria finds herself in is solidly on Axe’s side of the ledger: Finally, someone we can actually feel sorry for is getting screwed over by the money men. Obviously, the show knows we can do the math on Wow, if Axe has all this money, probably some of it is taken from people who need it more, but it’s easy enough to forget when we’re watching him puncture a stuffed-shirt at a charity poker tournament. He’s actually willing to deport an innocent woman!

END_OF_DOCUMENT_TOKEN_TO_BE_REPLACED

What are the Chances Axe Can Actually Keep His Hand Out of the Cookie Jar? 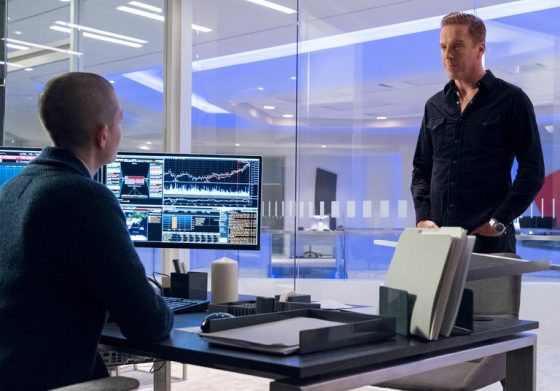 Live like a king. It’s a phrase that connotes wealth, luxury, excess, a life of unlimited possibility and security. How easy it is to let the sparkle of the crown jewels blind us to the dead enemies and discarded undesirables through which they were purchased. This week’s episode of “Billions” reminds us, as bluntly as the show ever has, that the games played by Bobby Axelrod and his billionaire boys club in order to remain comfortable on their thrones can have as steep a cost to bystanders as to any player in the game.

Take a close look at the title, “The Wrong Maria Gonzalez.” The right Maria Gonzalez is a maid in the home of Victor, a former analyst at Axe’s firm who led her to poisoning herself in order to tank the initial public offering of Ice Juice last season and thus get back in the good graces of his ex-employer. But to hear Maria tell it, she lived like a serf, bowing to the whims of her feudal lord and lady even before this act of industrial espionage landed her on an F.B.I. witness list. If she broke a glass, Victor’s wife broke her taillight, putting her at risk of getting pulled over and, eventually, deported.

END_OF_DOCUMENT_TOKEN_TO_BE_REPLACED 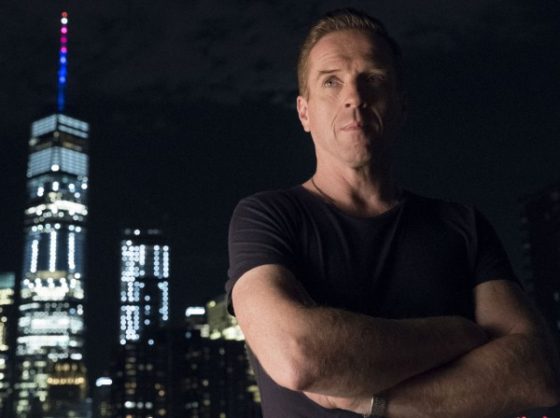 When, near the end of last week’s season premiere of Billions, Axe agreed to give up his ability to trade in order to move the case along and maybe save Axe Capital in the process, everybody watching at home, and everybody in the office of Axe Capital, knew that it wasn’t going to be easy for him to step away. He’s made Axe Capital what it is. He’s sacrificed everything along the way, including, most recently, his marriage. It remains to be seen whether Axe Capital needs Bobby Axelrod, but there’s no doubt that Bobby Axelrod needs Axe Capital.

As “The Wrong Maria Gonzalez” kicks off, Axe stares out at the city at night. He’s lost, unsure of what to do. He calls Wendy, his lighthouse in the storm and also the wife of his enemy. Super awkward. He tells her that he can’t walk away, that he made an impulsive decision and he wants to walk it back. She tells him he needs to accept a loss for once, and that he’ll come out stronger for it in the end. He hangs up, and it isn’t long before we get to see whether he heeds Wendy’s advice or not.

END_OF_DOCUMENT_TOKEN_TO_BE_REPLACED 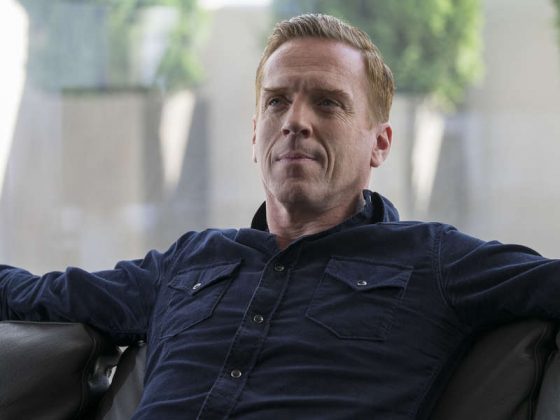 We find Axe where we left him at the end of the season premiere: His terrace. No wonder he said he might as well give up his license to breathe when Spyros and Bach advised the only way to make Axe Capital liquid immediately was for him to give up his license to trade. Axe feels suffocated and his phone call to Wendy in the middle of the night brings nothing but an idea that this is an opportunity for him to realign who he is.

END_OF_DOCUMENT_TOKEN_TO_BE_REPLACED

Uneasy Lies the Head that Wears the Crown

Greetings from the Trader’s Desk!

Before I dive into the episode, I would like to thank the writers of this episode, Brian Koppleman and David Levien. As a New Yorker, kid of the 80’s and a trader, I can tell you they bring the realness of all three of those things of which I am and hold dear. From the mid-town Manhattan office of Axe Capital, to the setting of my favorite place for pierogies, (Veselka) to having real hedge fund managers (Marc Lasry of Avenue Capital and Michael Platt of BlueCrest Capital Management) at the idea dinner, a line from the movie that changed my life (“Wall Street”), to a beautiful view of the Freedom Tower, they continue to not just make this one of my favorite shows, but bring it home so authentically. By Season 3 some writers would be phoning it in, but they certainly don’t.

END_OF_DOCUMENT_TOKEN_TO_BE_REPLACED 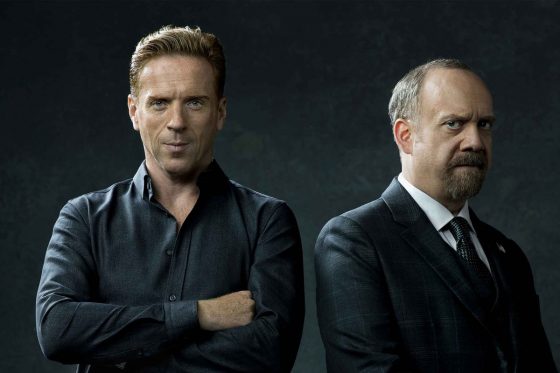 When the finance drama Billions began, two seasons ago, the question was which of its two terrific protagonists would end up on top. Would Bobby Axelrod (Damian Lewis), the boy-done-good hedge fund billionaire, get away with his sharp practices? Or would he finally be outwitted by Chuck Rhoades (Paul Giamatti), the blue-blooded US Attorney determined to bring him down?

As the third season opened, however, it was clearer than ever these two are not so much cat and mouse as two heavyweight boxers, slugging it out until they are both unconscious.

END_OF_DOCUMENT_TOKEN_TO_BE_REPLACED

Billions is dissecting the anatomy of self-interest, single-minded adherence to self-determination. All in the body and mind of Bobby Axelrod. 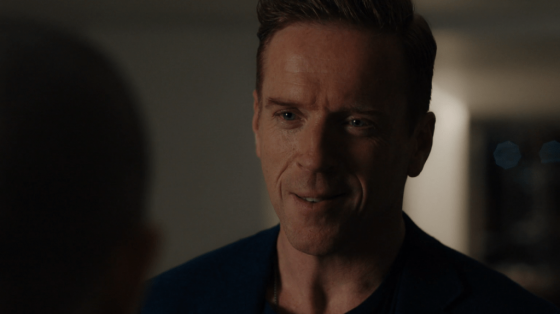 Billions Season 3, episode 1, long time coming, eh? Let’s skip the pleasantries and get down to it, shall we?The nation has turned, so Chuck walks warily to meet his new boss, wondering if he still has a job. Newly appointed Attorney General Jeffcoat circumnavigates into the biggest case in NYC right now: Eastern District vs. Bobby Axelrod. He tells a folksy tale of horse husbandry and goads Chuck with the raging sting of being the primer for the mare that Dake ultimately gets to fuck. (I believe the AG just called Bobby Axelrod a female horse.) Then he suggests, if Chuck wants to keep his job, he’ll want to look kindly on future Wall Street shenanigans. Tie goes to the runner in both baseball and in the high stakes gambling of the capitalist enterprise.

Don’t call a man out on a win.

Axe Capital has moved from their old digs to swanky Manhattan and Taylor is rallying the troops for new ideas to present to an annual hog show of hedgies. Dollar Bill wants none of it, he wants Axe’s assets unfrozen and his sensei back where he belongs. He’s chomping at the bit to get back to kicking financial sector ass in the name of his hero and mentor.  The gambling force is strong in this padawan.