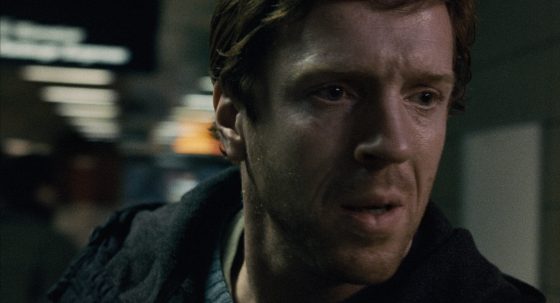 USA / 2004 / 94 minutes / NR
William Keane (Damian Lewis) is barely able to cope. It has been six months since his six-year-old daughter was abducted from New York City’s Port Authority Bus Terminal while traveling with him. Repeatedly drawn to the site of the abduction, Keane wanders the bus station, compulsively replaying the events of that fateful day, as if hoping to change the outcome. One day he meets a financially strapped woman, Lynn Bedik (Amy Ryan), and her seven-year-old daughter, Kira (Abigail Breslin), at a transient hotel. Keane becomes increasingly attached to Kira and, in a harrowing climax, uses her in an attempt to fill the void left by his daughter’s disappearance.

END_OF_DOCUMENT_TOKEN_TO_BE_REPLACED

Lewis is an Absolute Revelation: A Gorgeously Urgent Piece of Filmmaking 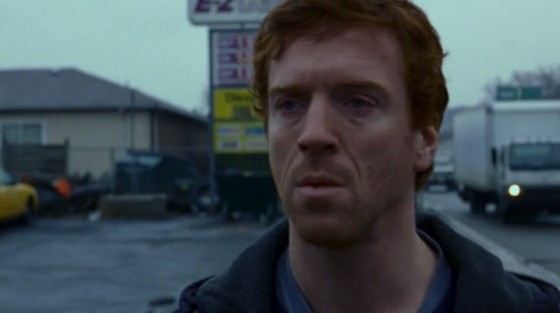 Now nearly 30 years on from his debut feature, Clean, Shaven, director Lodge Kerrigan has become arguably better known for his TV work (primarily as creator on the TV adaptation of The Girlfriend Experience as well as stints on everything from The Killing to Longmire) than his feature work, with only four features to his name. However, with one in The Criterion Collection and now one the recipient of a breathtaking new restoration from Grasshopper Films, Kerrigan may be on the brink of the reappraisal his career deserves.

Originally released in 2004, Keane stars Damian Lewis as the titular William Keane, a man on the edge of sanity following a terrible tragedy. William has, according to his disturbingly vivid memory, seen his marriage crumble in the wake of the abduction of his daughter six months prior to the start of the film. Trolling New York City’s Port Authority bus terminal in the hopes of replaying the events enough to catch the kidnapper in the act again, William begins to get closer to a woman (Amy Ryan) and more specifically her seven-year-old daughter Kira (Abigail Breslin), culminating in one of the more harrowing and unnerving finales of the early 2000s. With as much a focus on mental instability as seen in his debut film, Kerrigan shines his ever bright light upon the world of mental health once again for this long underrated masterpiece, spearheaded by a career defining lead performance and some stunning cinematography.

END_OF_DOCUMENT_TOKEN_TO_BE_REPLACED

A Taut Realism That Will Knock You For A Loop 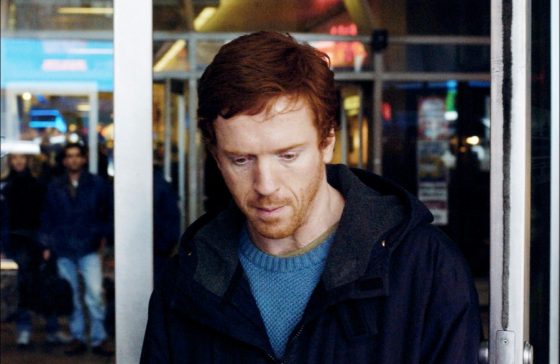 Lodge Kerrigan’s remarkable third feature, Keane, is mesmerizing, always teetering on the brink of insanity. Damian Lewis, years before Homeland and Billions, stars as William Keane, whom we first meet as he rants and raves in the Port Authority, filled with anger, paranoia, and a twitchiness that immediately sets you on edge and never lets up. He is trying to figure out what went wrong when his daughter was abducted from the area, but he now acts like just another crazy at the bus depot. As he befriends a desperate woman (Gone Baby Gone’s Amy Ryan) and her daughter (Little Miss Sunshine’s Abigail Breslin), you’ll feel a gamut of terrifying emotions rush through your body. The cast also features such familiar faces as Liza Colón-Zayas, Christopher Evan Welch, Chris Bauer, Frank Wood, Stephen McKinley Henderson, and others in tiny roles.

END_OF_DOCUMENT_TOKEN_TO_BE_REPLACED 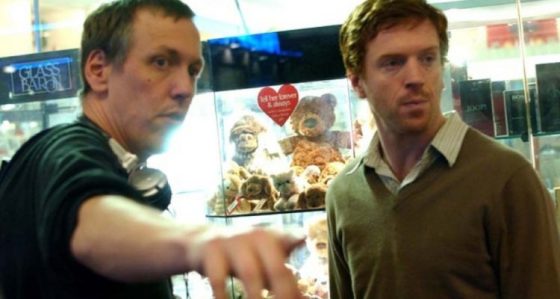 While his unnerving 1993 debut, “Clean, Shaven,” really floored audiences who saw it back in the day, when director Lodge Kerrigan’s belated third film “Keane” first made the rounds on the festival circuit in the fall of 2004, it reintroduced the filmmaker to the forefront of a then-flourishing American independent cinema. In the nervy, visceral portrait of a paranoid father searching for his abducted daughter and finding a surrogate in a pre-fame Abigail Breslin, he proved how much can be done with a modest budget under one mil and a spirit of resourcefulness. Shooting in quivering handheld long takes around Port Authority, Kerrigan and his crew charted the grittiest fringes of New York by implanting themselves in real street-level milieus instead of approximating them with fakery. (Surely, the Safdie brothers and Ronald Bronstein picked up a couple of tricks for their simpatico Big Apple breakdowns “Daddy Longlegs” and “Frownland.”) At the time of the film’s theatrical release nearly one year later, he extolled the virtues of low-budget filmmaking as a necessary condition for an artist to make their kind of movie, their way.

But the years to come would steer Kerrigan away from the cinema and upend what he thought was his place in the industry. After completing one more feature (2010’s little-seen “Rebecca H. (Return to the Dogs),” an often inscrutable metafiction in which Kerrigan himself plays “The Director”), he transitioned into TV work for the remainder of the decade. For-hire jobs on “Homeland,” “Bates Motel,” “The Americans,” and “The Killing” brought him as much fulfillment as he’d ever gotten from the movies, each guest-directing spot posing a unique hurdle to clear.

END_OF_DOCUMENT_TOKEN_TO_BE_REPLACED 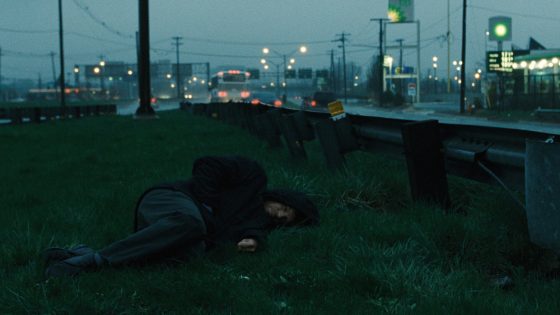 If every film is a document of its own making, then Lodge Kerrigan’s Keane, shot in real locations in and around New York City in 2004, is also a depiction of the period in which it was made. Viewing the film on the occasion of a new digital restoration by Grasshopper Film that begins a theatrical run at Film at Lincoln Center today, I was struck by the numerous billboards and posters placed atop taxi cabs that the film’s lead character, William Keane (Damian Lewis), obliviously walks by. Short of pointing at the screen, Leonardo DiCaprio-style, as I noticed a poster for the upcoming season of The Sopranos or a cab ad advertising Bernadette Peters in Gypsy on Broadway, I appreciated the unintentional media ephemera that pops into the background of many of Kerrigan’s frames—such are the unexpected pleasures of filming in live locations!

When we first meet the title character, the unemployed, unstable redhead is wandering the Port Authority bus depot in an effort to retrace the steps he took when his daughter was abducted months prior at the complex’s basement level. When he’s not putting himself through this agonizing recreation of brutal trauma, Keane is living in a hotel and getting drunk, snorting cocaine, hooking up with various women in bathroom stalls,and purchasing children’s clothes for the eventual return of his kin. Something feels off: when Keane informs a character later in the film that he was married once but is now divorced, we begin to suspect that that might not be true and grow unsure as to whether there ever was an abducted daughter to begin with. When, back at the hotel, Keane encounters a down-on-her-luck mother (Amy Ryan) with a young daughter (Abigail Breslin), we fear that Keane may see something in the girl that reminds him of his. Sure enough…

END_OF_DOCUMENT_TOKEN_TO_BE_REPLACED 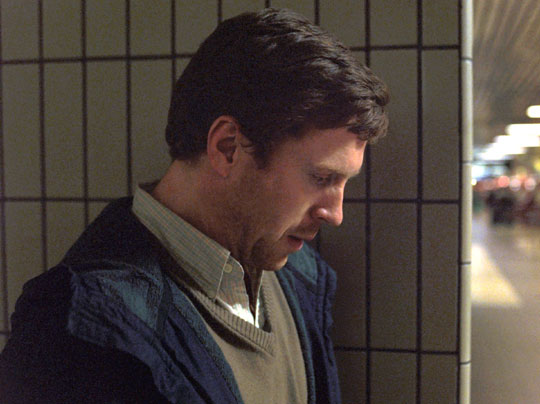 Across a body of work both compassionate and uncompromising, the filmmaker Lodge Kerrigan has maintained a distinctive physical proximity to the emotionally isolated characters he depicts living in society’s margins.

“Clean, Shaven,” his 1993 debut, worked rigorously to approximate the inner reality of a paranoid schizophrenic, conveying his visual and auditory hallucinations in all their abrasive force and abstraction. 1998’s “Claire Dolan,” meanwhile, applied a chillier, more disassociated kind of gaze to its study of an upscale New York sex worker, observing appointments through the windows of looming glass high-rises as if peering inside a fishbowl.

END_OF_DOCUMENT_TOKEN_TO_BE_REPLACED 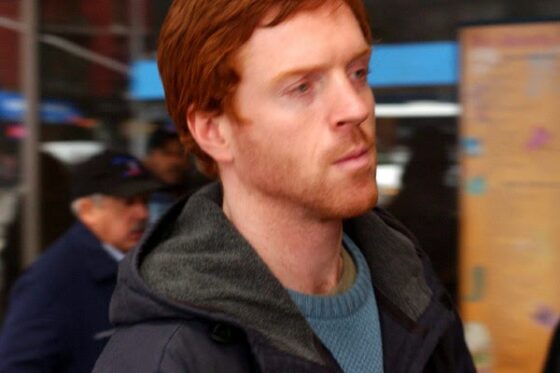 Often a re-release is granted to some long-cherished classic or cult sensation. In the case of Lodge Kerrigan’s Keane, which played the festival circuit through 2004 and received a small theatrical run in 2005, a much-underseen film has been given another chance to find the audience it’s long deserved with a brand new 4K restoration courtesy Grasshopper Film.

The titular Keane (played impressively by Damian Lewis pre-Homeland and Billions) a mid-30s man suffering from schizophrenia and on a fruitless quest to find his lost daughter through the purgatory of New York City. Coming across Lynn (Amy Ryan) and her young daughter Kira (Abigail Breslin) living in precarity in the same motel, and soon finding himself taking care of the young girl while her mother tends to waiting tables. Keane begins to see her as potentially his lost daughter, which leads him down a dark path of recreating and revisiting his past.