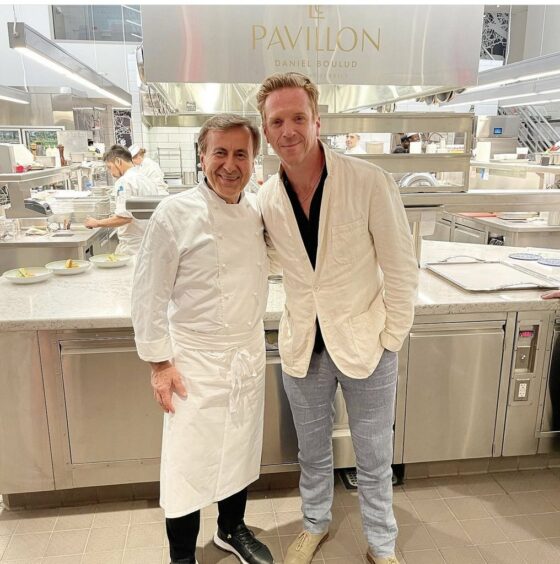 It seems Damian and his children are enjoying some much needed summertime fun while in the city that never sleeps. Damian, Manon, and Gulliver dined at Chef Daniel Boulud’s newest restaurant Le Pavillon, a culinary oasis in the heart of Midtown serving the richness of Northeast fishermen seafood and farmer’s vegetable-forward cuisine. Follow the family’s adventures as they make their way around the city – view more photos in our Gallery here.

For more information about Le Pavillon, visit their website here.

Eating, Drinking and Dealmaking in NYC: A Billions Guide So… I sat down and wrote a book 🙂 And, I mean, I knew it was happening but I felt that it was really happening when I saw the book on the publisher’s website with my name on it!

So I give you…

Appetite for Power,  Eating, Drinking and Dealmaking in NYC: A Billions Guide

If everything goes according to the current production plan, Appetite for Power Eating, Drinking and Dealmaking in NYC: A Billions Guide will be out on November 3, 2020 – yes, on Election Day of all days! You can check the book out and pre-order a copy on the publisher’s website or on the usual suspects Amazon or Barnes & Noble.

And if you are interested in the extraordinary journey I have had, writing a book about my favorite TV show that is, here it is. END_OF_DOCUMENT_TOKEN_TO_BE_REPLACED

Emmy: For Your Consideration 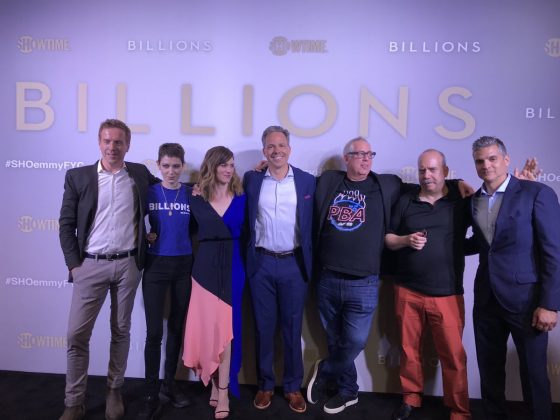 Last night, Billions took center stage for Showtime’s Emmy consideration panel. “For Your Consideration” is a campaign rally where the goal is to get the story of a show, its actors and showrunners, into the minds and hearts of folks making Emmy nominations. In the crowd of shows, you gotta make yours stand out and cast members Paul Giamatti, Damian Lewis, Maggie Siff, and Asia Kate Dillon along with showrunners David Levien and Brian Koppelman did just that in a vibrant conversation with Jake Tapper where they were asked questions about their show and characters. You can hear the conversation at least for the next few hours on the show’s Instagram. (If you’re like me and need your child to show you how to work instagram stories, some tips to save you the embarrassment: Works only on mobile, click the avatar. The desktop version has some cute stills and gifs from the event but not the live video.) No worries if you don’t get it, that’s what we’re for! Here, I’ll transcribe some of the conversation. END_OF_DOCUMENT_TOKEN_TO_BE_REPLACED