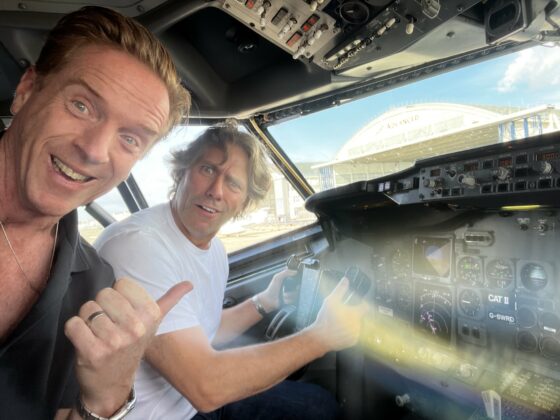 Well, Damian did not play “You’ll Never Walk Alone” with his teeth for nothing, did he? 🙂

A Shoutout to Liverpool

Damian’s beloved Liverpool will face Tottenham Hotspur in the 2019 UEFA Champions League final  at Wanda Metropolitano Stadium in Madrid, Spain on Saturday, June 1. The two English Premier League heavyweights met two times in this year’s Premier League with Liverpool winning 2-1 both times. Five-time winners Liverpool will be aiming to get their sixth title whereas Hotspurs will be playing to win their first!

Relying on Damian’s earlier tweet we assume he will be in the stadium tomorrow cheering for his Red Men!

Holy crap football’s on crack.
Congrats @SpursOfficial and to my pal @stephenkunken (you still owe me $20) for a mighty performance. Always liked Spurs and I’m delighted for you but fun’s over now. @LFC and I will see you in Madrid.

And he did a shout out today playing his teeth for all Liverpool Fans out there. You’ll Never Walk Alone.

Is there anything this guy can’t do? 🙂

Go and get it, Red Men, for Damian, for me and for all Liverpool fans!

This Billions Star is a Well-Known Red 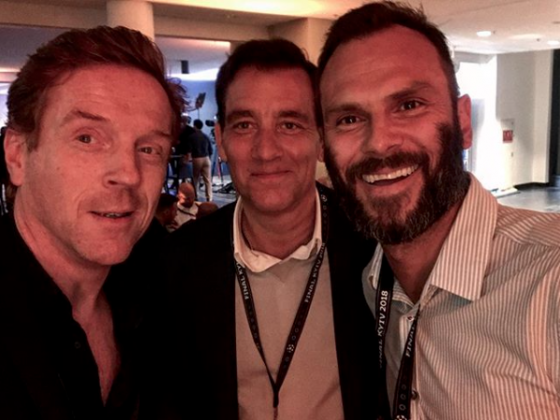 No surprise, as we reported yesterday, that Damian would attend the 2018 UEFA Champions League final today, Saturday, May 26, 2018 at NSC Olimpiyskiy Stadium in Kiev, Ukraine in support of his favorite football team, Liverpool, in the LFC vs. Real Madrid match. Damian posted this video to Twitter as he boarded the plane headed to Kyiv.

Damian has been a longtime fan of LFC since childhood – he took part in the coverage at Anfield for the first leg of Liverpool’s Champions League tie with Manchester City on April 4 and last year he celebrated his 46th birthday at Anfield for Liverpool’s visit of Tottenham.

An avid Reds supporter, Damian (pictured with Clive Owen above) made the epic journey to Kyiv in the hope of being witness to a historic battle to take the UEFA Champions League trophy for the sixth time. But it wasn’t meant to be. Although his Redmen lost to Real Madrid 3-1 and no doubt he was gutted, Damian showed resilience in defeat by offering sportsmanship for his team and fans abroad. See fan pics on the next page and follow the gallery link.

END_OF_DOCUMENT_TOKEN_TO_BE_REPLACED 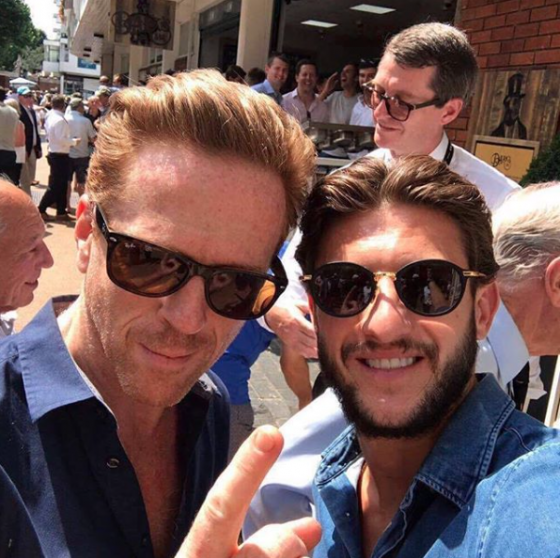 Liverpool face Real Madrid in the 2018 UEFA Champions League final on Saturday, May 26 at NSC Olimpiyskiy Stadium in Kiev, Ukraine as the club football season draws to a close. The two European heavyweights last met in UEFA’s showpiece event in 1981, at the Parc des Princes in Paris. Five-time winners Liverpool will be aiming to repeat that triumph! Here is a little MOM “We’ve got Salah” Reds chant by Damian himself as he heads to the title match: