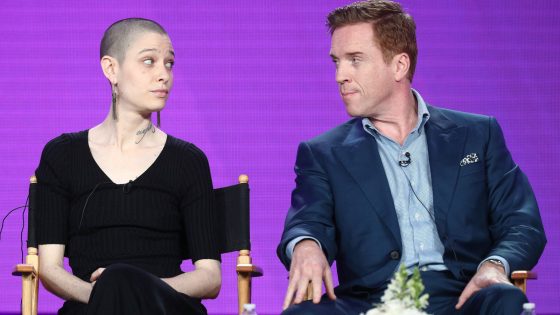 Be warned: The review below contains plenty of spoilers about past and present episodes of Billions.

The biggest problem Showtime’s Billions has: It’s a show that is way too easy to underestimate.

At a time when income inequality and the struggles of the middle class are front-page news, it’s tough to lionize a show about a millionaire U.S. attorney in an all-consuming personal and professional grudge match with a billionaire hedge fund owner.

One guy, billionaire “hedgie” Bobby Axelrod (Damian Lewis), is a ruthless, self-made business titan who jumps on a private plane with his buddies to hang out with the band before a Metallica concert. The other guy, U.S. Attorney Chuck Rhoades Jr. (Paul Giamatti), is a scion of old New York money who bunks at the Yale Club when his marriage is on the rocks.

This seems like the definition of 1 percenters’ problems dressed up as a TV series.

And yet, Billions succeeds, not only because it’s a great drama about compelling characters, but also because it’s the TV show about power in America that we all should be watching right now.

For proof, look no further than Sunday’s debut of the show’s third season, an episode dubbed, “Tie Goes to the Runner.” On the surface, it’s a story about Axelrod’s efforts to keep his company, Axe Capital, in business while fighting prosecution for illegally tanking a stock offering. As the billionaire works to stay out of jail, the U.S. attorney is covering up the unethical, and possibly illegal, means he used to goad Axelrod into breaking the law in the first place.

It all traces back to the best episode of the show’s run: last season’s “Golden Frog Time.” In that wonderfully crafted episode, we saw Axelrod break the law to crush a business deal backed by the U.S. attorney’s father and his best friend, costing them millions.

We didn’t learn until the episode’s final scenes that Rhoades Jr. had set the whole thing up. In the process, he threw away his father’s fortune, his best friend’s savings and his own trust fund (a scene where Giamatti seems to be laughing and crying at once, revealing his character’s role in it all, ranks as my favorite TV performance in 2017).

Still, despite of all the jockeying to hide their dirty tricks, Sunday’s episode was really about something else. What do these men of great ambition and power — guys who consider themselves Masters of the Universe — do when they’re forced to cede their authority to someone else?

Rhoades Jr. is brought to heel by a new attorney general, Waylon “Jock” Jeffcoat, played with a Texas twang and deliciously blunt manner by Clancy Brown. Jeffcoat wants his U.S. attorneys to stop chasing more mundane financial crimes — the kind of directive you might expect from an A.G. appointed by a certain New York billionaire elected president, though Donald Trump’s name is never mentioned.

Read the rest of the original article on NPR.