Vanity and Legacy: Two Sides of the Same Coin 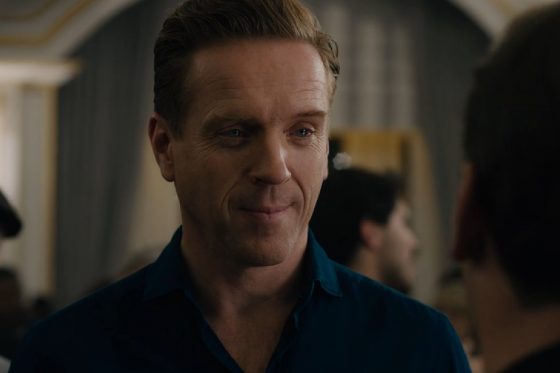 With Billions, you’ve got that easy on the eye and ear appeal going, but, look closer and there’s so much more. Look closer still, and there’s, like, everything.

Billions Season 3 Episode 4, “Hell of a Ride”, shows us, more than any episode so far, that “everything.” That is, everything, sans women. Though the women are well-written, this show will never be in danger of passing the Bechdel test, and that’s fine, because it is a story about men and their use and misuse of power and of men begetting men, which, to bring it all home, does indeed apply to everything. This episode is about men’s legacy and men’s vanity and the intersections between the two.

Wags is doing the most “advanced real estate play” of all time as he tries to procure his burial plot. He wants to do death right and that means his own piece of the island of Manhattan as his eternal resting place.

Legend has it that Native Americans sold the island for $24 to Dutch settlers. It’s appreciated a bit since then, and there’s not much of it left. You’d think there were corpses layered upon corpses under that soil. Native Americans, Dutch, German, every single creed and culture of immigrant to ever grace this nation squeezed into whatever soft spots they could find within that bedrock. That fact aside, Wags seems to be keen on reserving his own parcel.

Is jumping hoops to get a 6 X 6 plot of land a question of vanity or a matter of legacy? Likely, it’s both. The hubris of it all only comes to you later, and, not to be reductionist, but such a desire to leave a mark, even in the very act of dying, seems here powered by a Y chromosome.

I’m stuck here watching skulls get crushed on TV. So I need Taylor crushing skulls on my behalf.

He’s also keeping up with his non-trading obligations, like those he has to charity. He’s approached at a charity event by board member Oscar Langstraat with a bright new idea: venture philanthropy. A charitable organization taking ownership of the resources they want to redistribute in the world: what a concept. As desire for and production of that resource grows, so does the return on investment, growing the pocketbooks of the charitable organization. Like buying wells, leveraging them, and having the oversight in place to assure that they never run dry. Here, the resource is solar-powered air-conditioned tents for central Africa, and Oscar wants Axe to back him up at the next board meeting.

Not even charity wants anything to do with Axe though. He confronts their hypocrisy and two-facedness:

My presence shines an unwanted light, because I’m actually someone that works for a living.

Bobby is steeped in bullish defiance, but as they all reject him outright, witness that wee hint of dejection, like a boy realizing he has no friends at all on the field, taking his ball and going home. Making it impossible to hate this man, dammit.

When presented with the idea, Bobby notes that the philanthropy is not exactly big on risk-taking, “like Coach Tikhonov in Lake Placid.” That is, of course, the Russian coach for the losing team in ice hockey at the 1980 Olympics. The US pulled a miracle and won the gold that year against favorited Russia and if you were alive back then, it was a pretty freakin big deal. Was going to gloss over this as yet another “sports ball analogy” (sports puck analogy, to be exact) but then I remembered what the US goalie Jim Craig did when the team won. As the team was piling on each other, draping themselves in the flag and each other’s joy, Jim Craig skated around with a mystified look on his face. He ignored the celebration all around him and mouthed something caught by all the cameras. Anyone watching could read his lips clearly: “Where’s my father?” He couldn’t celebrate until he confirmed that his father had seen him win. Maybe Bobby’s mention of that game was yet another throwaway allusion, or maybe this little tidbit of great American history was purposefully seeded as one big theme of this episode.

Because darned if this episode isn’t exactly about that need of sons to make their fathers proud, even as they take advantage of the toxicity transmitted via DNA.