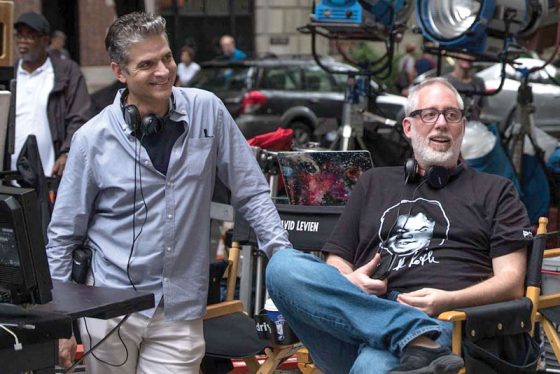 In a day and age of consumerism and major wealth disparity, Billions serves as the kind of series that holds a mirror up to the excesses of Wall Street and the one percent. Centered on the legal battles waged between rogue hedge fund managers and federal prosecutors, the Showtime drama stars Damian Lewis (Homeland), Paul Giamatti (John Adams; Sideways; Straight Outta Compton) and Maggie Siff (Mad Men; Sons of Anarchy). The three respectively play Charles “Chuck” Rhoades, Jr. (a U.S. Attorney for the Southern District of New York), Robert “Bobby” Axelrod, the billionaire manager of the Axe Capital hedge fund and Dr. Wendy Rhoades, wife of Chuck and in-house performance coach at Axe Capital.

When the series completed its third season, newly appointed U.S. Attorney General Waylon “Jock” Jeffcoat (veteran character actor Clancy Brown) ousted Rhoades while former Axelrod protégé Taylor Amber Mason (Asia Kate Dillon) left Axe Capital and poached some traders in the process. The end result was an intriguing alliance between the two male leads, whose characters had previously been bitter rivals. It all makes for an intriguing season four, in a plot that is a high-stakes chess game fueled by the combination of sharp writing and impeccable acting. The series is shot on locations throughout New York City and Long Island.

For longtime friends Brian Koppelman and David Levien, who co-created the show with New York Times financial columnist Andrew Ross Sorkin (the three serve as executive producers along with Neil Burger), the idea of going into this latest chapter of Billions allows for plenty of intriguing plot twists.

“[This season], people can expect these characters to have their best judgement be a little bit overtaken by their need for vengeance. Each of these people finds themself in a position where they feel they were not properly valued, appreciated and responded to. They’re willing to go very far in order to exact revenge,” Koppelman said. “What’s fascinating to us is when you look at people that were otherwise able to comport themselves in such a rational, intelligent way, the question is asked what happens when the kind of heightened emotions occur when you have a feeling like you’ve been screwed over or hurt? So even the smartest person can fall prey to the desire to get retribution. We’re fascinated when it happens to people who have titanic-like capacity. That’s where we find ourselves at the beginning of the season. All of them in an offensive, yet defensive posture. They’re trying to defend from the attacks by someone else, and they’re trying to make attacks of their own.”

With the Rhoades and Axelrod characters originally based on former federal district attorney Preet Bharara and hedge fund manager Steve Cohen of S.A.C. Capital Advisors, Billions blurs the lines quite a bit between real life and fiction. It’s a line Levien admits their show tries to get as close to as possible without actually crossing it.

“We have a lot of characters that are important to the narrative. They each have a little world, and there is a lot of real estate to cover in the course of the hour. Sometimes those stories intersect and sometimes they don’t quite [intersect],” he said. “We have to just weave it together so that you’re with each story long enough to be engaged, but not away from another one for too long to the point where you forget about it. One of the challenges we face is that we sort of track the business world, the political world and the judicial world, but we can’t be in a situation where we’re trying to ape current events, because our show will invariably come out a year after those things happen. And those events would seem very stale. So we’re trying to sort of feel what’s going on in the zeitgeist and write what we think would motivate these characters.”

Not surprisingly, it’s the kind of writing that the cast feasts on. Following his stint on Homeland, Lewis intended to shift over to making movies, until Showtime Chairman David Nevins, who knew Koppelman and Levien wanted the British actor for the lead, convinced the London native to read the script for this new show. Shortly after, he signed on to play Axelrod. Equally smitten was David Costabile (The Wire; Breaking Bad), who plays Mike “Wags” Wagner, COO of Axe Capital and Axelrod’s ferocious right-hand man. Having already worked with Levien and former Tufts University classmate Koppelman on the 2009 film Solitary Man, he wasn’t surprised to see how solid the writing on Billions wound up being.

“I have been lucky to work with a lot of [great writers]. These guys, Vince Gilligan, David Simon and the guys who created Damages, the Kesslers and Daniel Zelman. Top-notch, spectacular writers who care about what it is that they’re making,” Costabile said. “The way [Billions is] shot, the way everybody comports themselves and the attention to detail on each show. We know that if we don’t pay attention to it, we know that we’re going to lose the thread. And that’s true for the entire crew—they all do that. The detail and the way the show is shot demands that kind of attention and time. We’re given a great deal of time, which is great and which I also think makes it seem like more of a film. One pushes the other to greater heights I think.”

Read the rest of the original article at Long Island Weekly