It’s All About The Zugzwang And “Arousal Template” 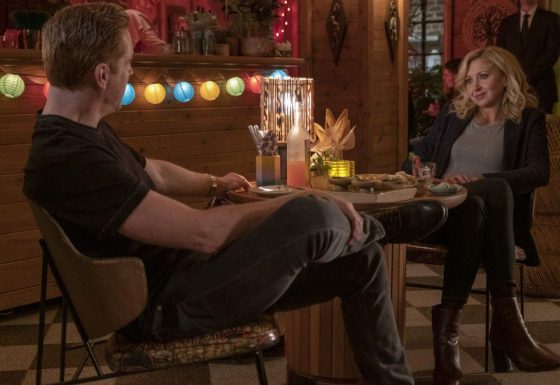 The fourth season of Showtime’s hit series Billions is certainly living up to the very high expectations of its fans. The second episode “Arousal Template” is on par with the first three seasons when it comes to fast-paced witticisms and ever-evolving power plays. Alliances continue to shift, and loyalties are repeatedly tested as the cast of vengeance-seeking characters navigate numerous minefields in an effort to win at any cost.

Axe Will Stop At (Almost) Nothing To Destroy Taylor:

Since Axe (Damian Lewis) didn’t take Grigor Andolov’s (John Malcovich) offer at the end of last season to “handle” Taylor (Asia Kate Dillon), we know Axe will stop just shy of murder when it comes to destroying his enemies. He will, however, gladly leave Taylor in a position that’s not much better than death by blocking capital from going into their company.

Wags (David Costabile) worries that those on the street will start to question Axe’s motives. Is he more interested in revenge than making money? Axe always has a plan and when he meets the yin to his yang in female billionaire and venture capitalist extraordinaire, Rebecca Cantu (Nina Arianda), the pieces fall into place. She’s his equal in both intellect and determination and they form an alliance that one would be hard-pressed to beat.

Wags sees an angle to work and orders the team to make a list of every private company Rebecca is invested in and it is Ben Kim (Daniel K. Isaac) that brings Axe exactly what he needs.

Taylor Is In Zugzwang But Not For Long:

Taylor discusses their banking problems with Grigor Andolov. “Here I come to save the day,” he sings. Taylor asks if he will provide them leverage. “Yes and no,” he replies. It’s just never easy with this guy.

He has friends looking to put their money “into the west” but the favor comes at a very steep price. Taylor has to comply, or else. Is there money dirty enough that Taylor wouldn’t want it? In this particular case, yes.

Taylor is given a briefing on Grigor’s friends and the news isn’t good. These people don’t just order murders, they carry them out. They’re as dirty as they come. Taylor cannot get into business with Grigor’s friends under any circumstances.

Taylor’s right arm, Sara Hammon (Samantha Mathis) says “it’s still money” but there’s a hitch. If these people come on board, Grigor will have more capital in Taylor’s company than the rest of the investors combined. Taylor realizes this will give him too much power but what can they do? Both realize they’re backed into a very dark corner. Sara compares the situation to being in zugzwang, a position in which one is forced to make a move. Taylor concurs.

Zugzwang is often found in chess and other games wherein one player is put at a disadvantage because they must make a move when they’d prefer to pass. A player is said to be in zugzwang when any possible move will worsen their position.

It is now Taylor that is in zugzwang. If they take the money, Grigor is in control. If Taylor refuses the money, they are refusing Grigor’s wishes and he will likely pull his money instead of backing them against Axe’s threats.

“Unlike chess, this isn’t a two-person game so there must be another option,” Sara says. Taylor comes up with a risky plan. They’ll say yes but force Grigor’s friends to say no. Taylor puts their plan into motion and ensures they won’t get the capital to invest. The plan works and it appears Grigor is none the wiser. Though with him, you never truly know where you stand. Is he really pouring you a drink, or poisoning you?

Chuck And Wendy’s ‘Arousal Templates’ Are Out Of Sync:

As brilliant as she is at helping everyone else navigate their lives and behavior to get exactly what they want, Wendy (Maggie Siff) is having a difficult time getting Chuck to make a change.

Oh, that damn “toy box” that hovers over their marriage. She’s ready to put it away but Chuck isn’t able to. When she initiates sex with Chuck, she asks not to include the box and its myriad of whips and toys, but he’s unable to give up his bondage fetish.

“Reversed who was dominant, changed styles altogether,” she replies, pointing out that those people are role players that were experimenting and able to do so. Those people could even move off bondage altogether and experiment instead with exhibitionism, voyeurism and other forms of play. Wendy looks almost hopeful for a split second. “But that’s not Chuck, not his arousal template. For him it’s not a game. It’s rooted deep,” she’s told. At a crossroads, Wendy seeks answers from an unlikely source.

Bonnie Gets A Session With Wendy, Or Is It The Other Way Around?

Bonnie (Sarah Stiles) has a session with Wendy. She’s become quite popular at the office and co-workers even had a birthday bash for her. Wendy says she’s impressed with how Bonnie handles the guys in the office, to which Bonnie replies, “It’s predator or prey. Choice is clear.”

Bonnie compares working at Axe Cap to her days tending bar when she was hit on by men constantly. The pay in her new day job, of course, is much better but that’s the only real difference.

Wendy seems quite intrigued with Bonnie. The session, Bonnie points out, is more for Wendy’s benefit than hers. Bonnie doesn’t have a filter, which is why we love her. Wendy sees Bonnie as someone that’s always in charge and asks if she would ever want a man that takes charge. We know exactly where this is going.

Bonnie is quick to reply, asking Wendy if what she’s really asking is if she wants a man that’s more take-charge at home. “Like someone who’s masculine in all the right ways but not a douchebag? Let them take care of me but make the decisions. Or, do I want to be the shock collar?”

The two have an understanding. Perhaps they’re more similar than they first realized. Wendy needs a gal pal at the office and Bonnie is as whip-smart as she is. Here’s hoping!