Who Are You Killing For? 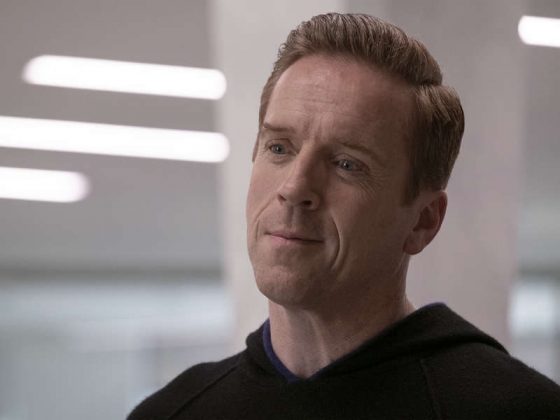 Well, it’s holidays and love is in the air in Billions for some! But they never let love get in the way in our favorite show, do they? The boxing match in the ring may be over but the one off the ring is going full force with our “boxers” constantly punching left and right. 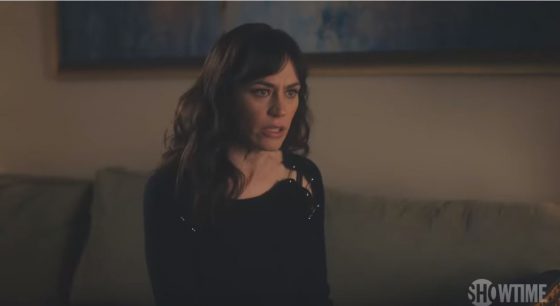 The woman, who asked her husband to give up on his political aspirations because she was not willing to make their personal secrets public, is now asking him to “kill for her” when her own career is in jeopardy. Wendy does not want Chuck the lawyer, Chuck the husband, Chuck the power bottm. She wants her Chucky back! 😀 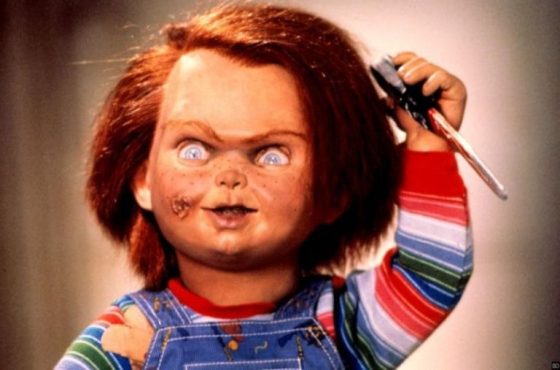 Wendy has become someone she had sworn not to be and she does not think she could go back to who she has been unless she is a doctor. Fair enough. Being a doctor defines her. But then how come did she ask Chuck to quit running for the State AG seat knowing his career defines him as well? I do not know about you but this looks like some serious double standard to me!

Chuck still seems to care about “future of his dynasty” while Ira tells him manipulating the State Medical Board and failing would not look good at all for his political future. Ira’s advise, as an attorney, is for Chuck to help Wendy prepare a defense and win it. And we find out Chuck already knows a former medical board member who should know about the loopholes in their disciplinary procedures like the back of his hand. And, lo and behold, hello, Dr. Gilbert! 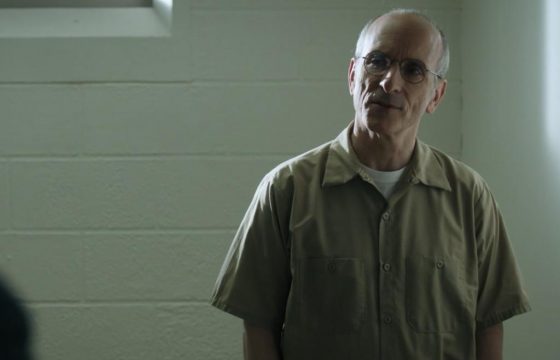 We find out that the good doctor, while in medical school, used to call dentists “little brains” and lawyers “little hearts.” For obvious reasons he now thinks he has given too much credit to lawyers but he, exactly like Hannibal Lecter in Silence of the Lambs, is willing to put practicality over vengeance today! He can help with Wendy’s situation if Chuck can get him out of prison first… Oh yeah even though his wife has divorced him and does not allow kids to visit their dad, the good doctor still has a former colleague that he talks with regularly exactly like Dr. Lecter. So even though Chuck pretends like he is asking for a friend, Dr. Gilbert knows this is all about Chuck’s own wife. And now Chuck turns the tables on the doctor and becomes Lecter himself and threatens Clarice: If Dr. Gilbert does anything to make it harder for Wendy at the board, Chuck will have Gilbert’s ex-wife prosecuted for ill gotten gains and their kids will end up living in a housing project. YIKES! 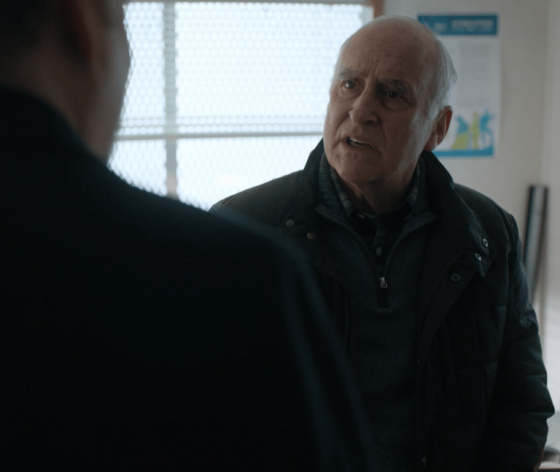 Chuck’s next stop is Chuck Senior’s construction site. It seems if the site stays closed, the banks will make Senior feel like a steel worker in a hydraulic press! YIKES! But guess what? The change of wind brings shit smell:  It is coming from the portable toilets and Senior gives the best ever life lesson: putting Vicks under your nose to keep the shit smell away. We all need to use portajohns from time to time after all!

The smell makes Chuck wonder where New York’s shit goes to. Allerd explains the mechanism: There are long industrial hoses that extract the waste from portable toilets into sanitation trucks. Then the waste goes into New York’s sewage system, get dehydrated and turn into solid and compressed waste. Then they get loaded on trains and travel all the way to a landfill in Santa Fe.

Once he knows they can redraw the route for the shit train, Chuck flies to West Texas to visit the Pharaoh, ahem, Jeffcoat, and warns him that if he does not free his dad from the bonds, the plague is coming. 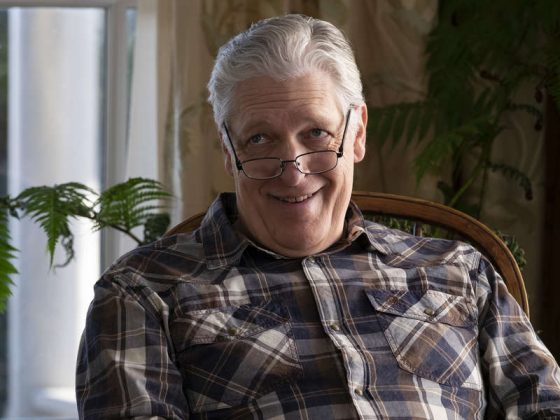 Jeffcoat has no clue that telling Chuck that the 12:02 train passing by his home is Chuck’s “cue to vamoose” means extending an invitation to the shit train! 😀 Well, it takes several “carrots and sticks” calls with mayors from Fredericksburg, VA to Fayetteville, NC to Meridian MS but the train is finally on its way. And Chuck’s call to the inspector about a leak on the train makes it stop in front of Jeffcoat’s property catching Jock and his wife over prayer at lunch table. Is it me of Jeffcoat first thinks his wife farted? 😀

Jeffcoat’s favorite son seems to be into spin cycling but he is not as good as Dr. Gus at it. As Bryan aka GMan827 and Dr. Gus aka KamikazeDoc say hi to each other, the doctor does not shy away from giving him some free advice: 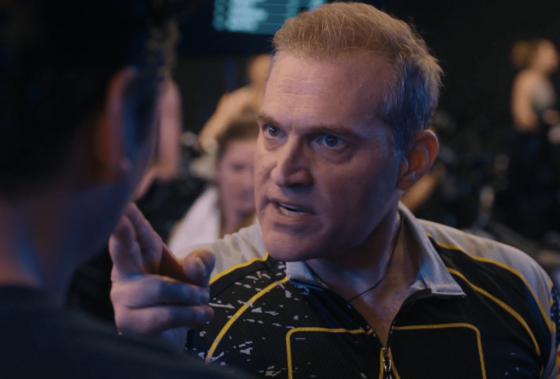 Bryan does not only listen but he also finds himself repeating doctor’s words to Jeffcoat when the latter calls from his West Texas home that is full of shit smell! Jeffcoat believes what Chuck has done is a war crime! 😀 Kate suggests they can tighten the controls at the construction site or they can just put aside the “JV shit” and start with getting Chuck Senior for bribing Biancarosa. But Bryan does not want “marginal junk.” So Kate serves him Dr. Gilbert! 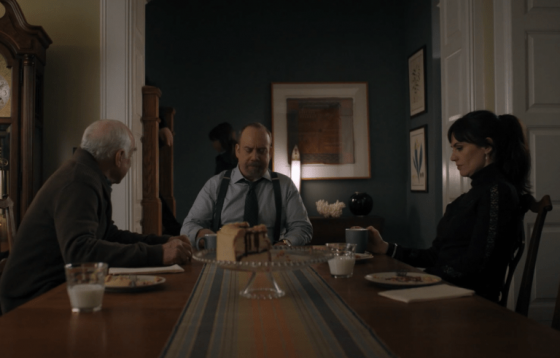 Speaking of Senior, who knew he and Wendy could form a united front after so much has happened between them? Well , this is Billions, and if stakes are high enough, there is no one that could not do the most unbelievable thing. So why not Chuck Senior and Wendy?

It is Kevin’s birthday at Chez Rhoades! Senior gives him a slinky and tells Chuck and Wendy that they have to devote all their energies to the girl if the boy still plays with the toy the next day!!! And then he and Wendy start the main act: How fucking unbelievable that Wendy, who always puts the blame on Senior for all of Chuck’s flaws, is now wholeheartedly supporting her father-in-law’s motivational powers over his son! 😀 These people are cracking me up!