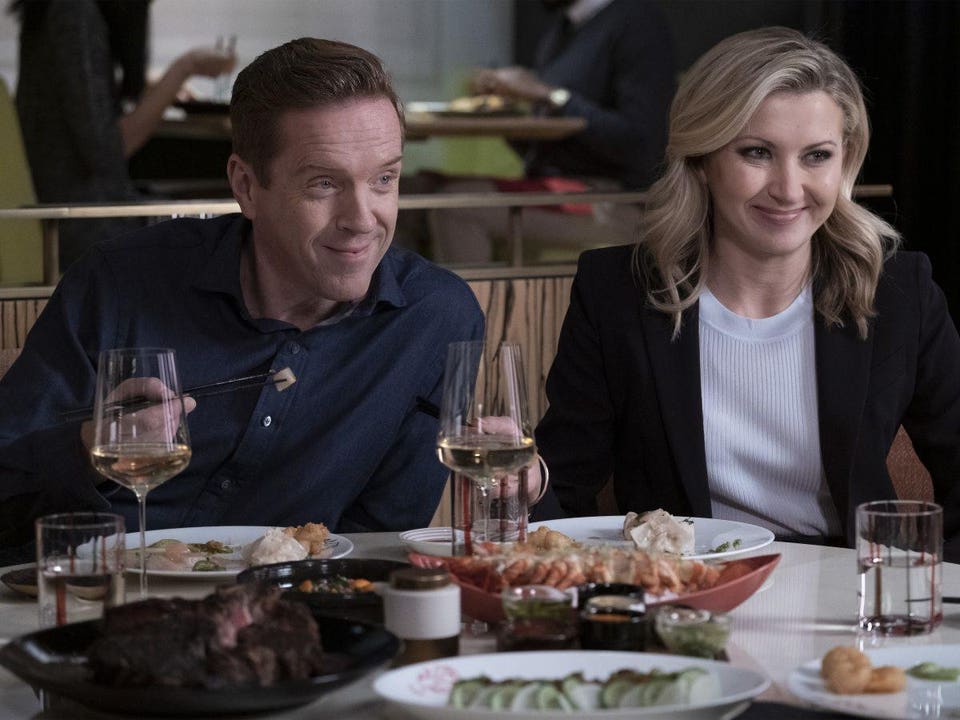 The penultimate episode of the fourth season of Showtime’s hit series Billions saw some finally tell the truth, as others went even deeper into the dark side. There are plenty of dirty deeds and collateral damage at play. Oh, and there’s also an unnamed idiot at the heart of the Rhoades’ land deal that could take down the father-son duo. 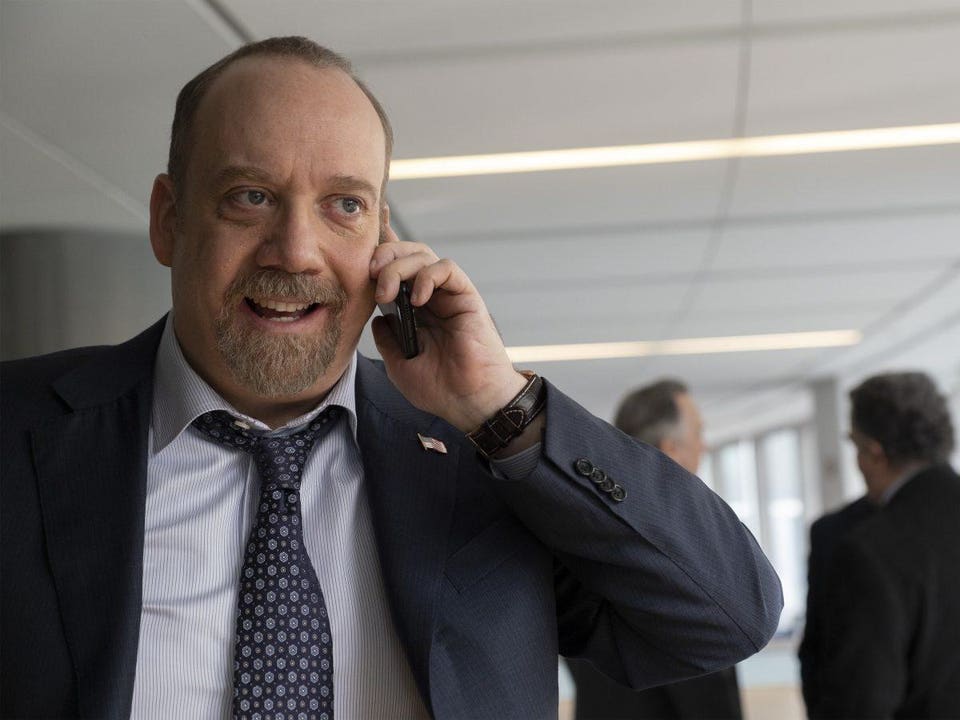 Chuck Sr. Knows About The Wiretap:

When Chuck Senior (Jeffrey DeMunn) realizes he’s being bugged, he seeks help from Chuck (Paul Giamatti). As they’re talking, they realize that Chuck and Wendy’s home is also potentially bugged (it is). It’s whispers, written notes passed back and forth and burner phones until they figure things out.

To help hatch his takedown plan against Jock (Clancy Brown), Chuck turns to favor-trading from those that owe him. What he has in mind, he says, will be the final and fatal blow. He has an idea as to how he can finally end the Attorney General. He has to prove Jock’s hatred of blockchain voting is motivated by corruption.

His team of power players confirm Jock isn’t interested in honoring actual election results. He’s tied to at least two rigged elections and voting irregularities. Chuck’s team has uncovered Jock’s conspiracy with a voting machine manufacturer in order to rig elections and now all Chuck has to do is prove Jock is knee-deep in election fraud. But, his hands are somewhat tied.

There is someone that can help him: Sacker (Condola Rashad). She can make a case that Jock is rigging and stealing elections and he can walk her through exactly how to do that without her boss finding out. She appears to be open to the idea but we have yet to know for certain which side she’s actually on.

In the meantime, Senior has gone underground until things get sorted out. If only he’d remembered to get the signed document of the dirty land deal out of his safe before he left for Chuck’s house things would’ve been much easier on father and son.

He’s on the lam for a bit but the FBI tracks him down. Jock tries to get Senior to turn on Chuck but he won’t budge. Unfortunately for him, Jock and Connerty (Toby Leonard Moore) figure out what it will take to make him crack and it involves his development project. They need to find out who helped him make the land deal. That information is on a recording that Connerty isn’t privy to but Jock tells him to get access. 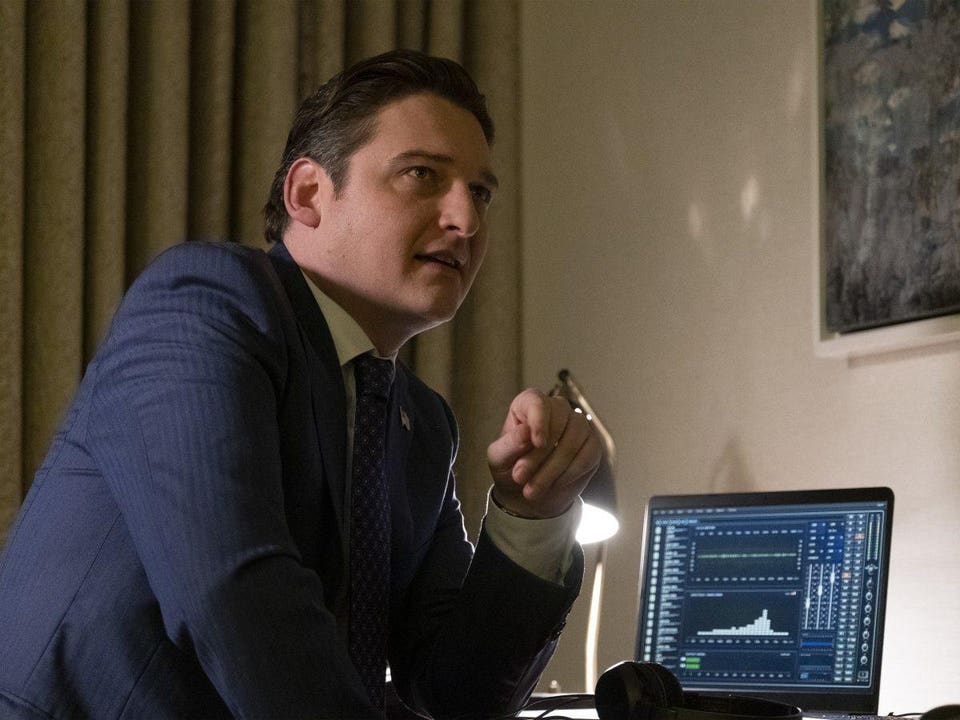 Connerty meets with his safe-cracking brother, Jackie (Michael Raymond-James), who initially passes on the assignment. He’s only been caught once in his criminal career and he knows this is a tough safe to crack. It’s a biometric lock and only Senior’s fingerprint can open it.

Connerty reminds him that he only got caught once because he made the other ones go away. He guilts Jackie to do it but he has conditions; he doesn’t want anything taken. Connerty just needs to get in there to photograph the papered deal. For Jackie, when he cracks a safe, he has to take something. Criminals and their trophies, it’s a thing. 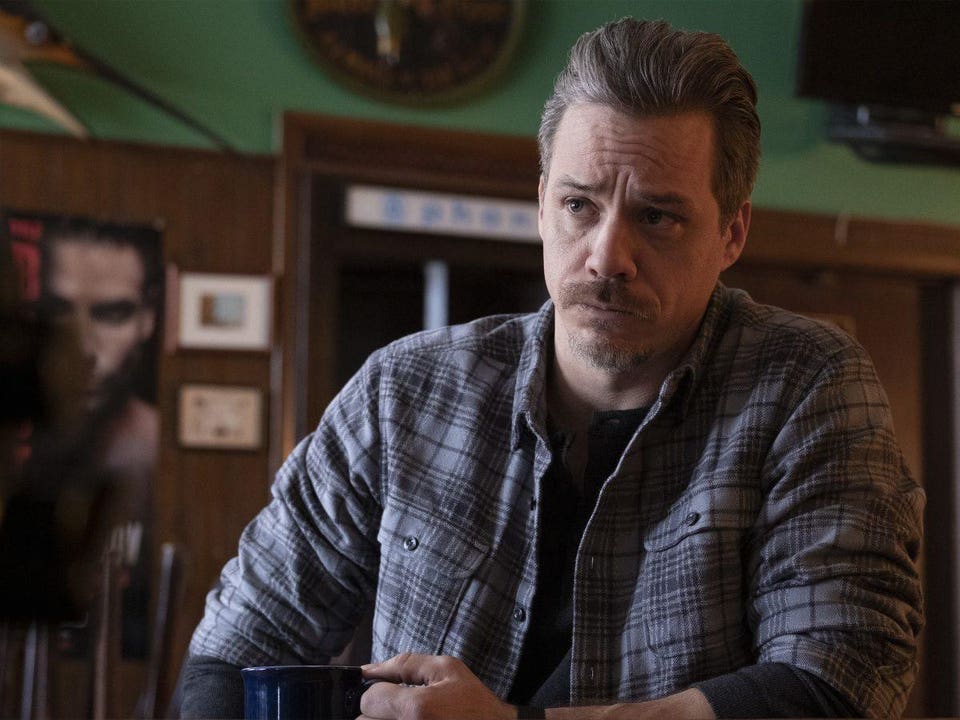 The two break into Senior’s place and Jackie is well prepared. He lifts Senior’s fingerprint off the safe, makes a mold, which he puts on his own gloved thumb and he’s able to open the safe in seconds. Connerty gets his evidence, Jackie snags some cufflinks and they leave.

In a rush, the painting that covers the safe is left at a slightly crooked angle and when Axe’s guy Hall (Terry Kinney) gets there, he immediately notices. Now, Senior did ask his son to apologize for the mess left after his playful tryst with his lover and mother of Chuck’s baby sister. Since the document is still in the safe, maybe the Connerty brothers visit will go undetected, at least for now. 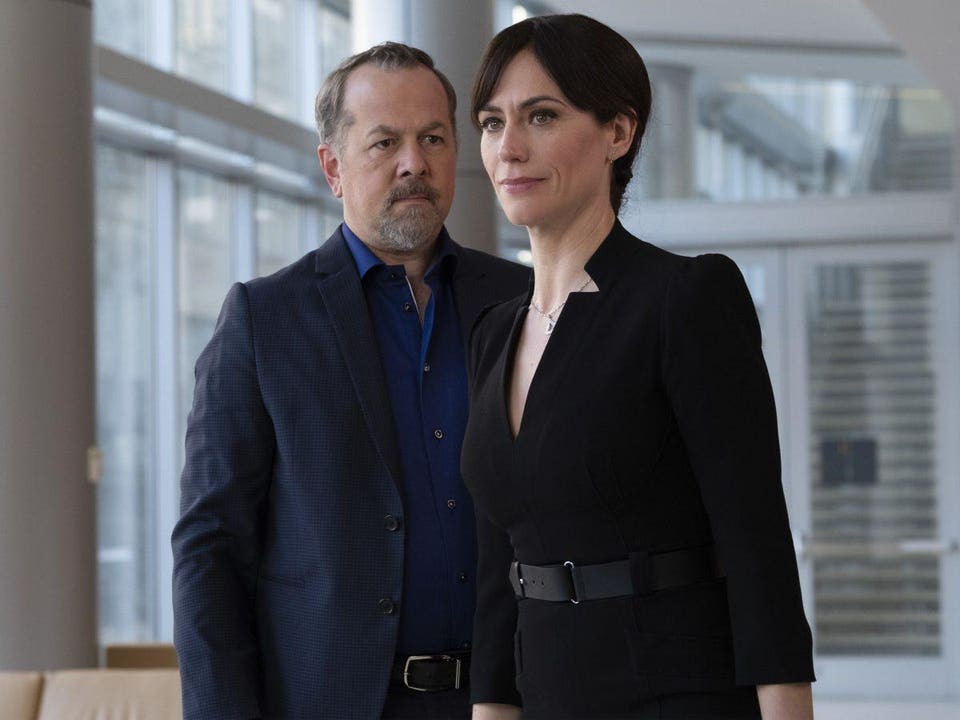 When Wendy (Maggie Siff) goes in front of the medical board to plead her case, she goes against her original plan. She was supposed to say her sessions with those at Axe Cap were client-based coaching sessions and that she was not acting as a doctor seeing a patient, thus there was no breach of doctor-patient confidentiality.

She instead admits that Taylor (Asia Kate Dillon) was, in fact, a patient and she used confidential information discussed for her own personal gain. Wags (David Costabile) comforts her after the hearing and assures her that everyone at Axe Cap is and will remain “deeply f**ked in the head.” Her help as a coach and a human, he adds, will remain in high demand. Though upset about the loss of her license for up to three years, Wendy finally feels like herself again. They say the truth shall set you free…

As she travels this new course of good-doing, she tries to enlighten those around her, especially Axe (Damian Lewis). Vengeance-seeking is a hard burden to carry and when Chuck asks if she regrets what she’s done, she firmly says she doesn’t. As she explains, she’s had enough pain and guilt.

Doing the right thing, she later tells Axe, eventually becomes the thing that makes you feel right. She also points out that the only time she’s ever seen Axe truly screw himself is when he’s narrowed his gaze to retribution. She tries to get him to put this vengeance with Taylor to bed. He refuses but Rebecca forces his hand.

Read the rest of the article at Forbes