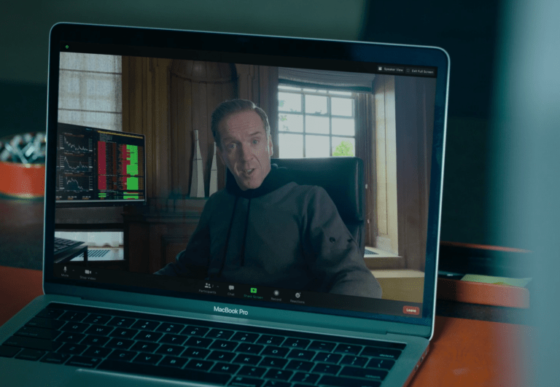 When the single mention of your name sums up the extent of your destructive power, you know you’ve reached a new apex of evil.

(Even more impressive is the fact that Axe managed to wreak this much havoc primarily via Zoom and FaceTime calls. Owing to the fact Damian Lewis was likely in the U.K. at the time of filming, several of his “Implosion” scenes resemble those of Hitchcock’s in the new season of Brooklyn Nine-Nine.)

Yes, Axe is on a hot streak. But, by allowing his emotion to guide his decisions, he’s also opening himself up to a lot of vulnerability. At least that’s what Prince and his new allies Chuck and Taylor (comment below if reading that just made your head go here) are hoping will happen. Never one to rest on his laurels, Axe is still so determined to keep beating his now-vanquished enemy that even loyalists like Wags and Wendy are suggesting he ease up. Also, by the end of “Implosion,” Axe has free rein over his new bank, brilliantly disposing of an impenetrable trustee like Senior at the last minute. Chuck, Prince, and Taylor have no choice but to use this limitless authority to their advantage, going on the belief that when you have that much autonomy, you’re bound to make a grave error eventually.

The fun for us is in speculating if Axe’s latest outrageous venture will finally be the one that breaks him — in addition to everyone else in his orbit.

I’ve spent a lot of time in these recaps analyzing whether or not the Billions characters have a shred of humanity inside them. Yes, Chuck is fighting his inner demons and maybe trying to prove to himself that he’s still on the right side of the law, but if you believe that, then I have a bridge near Chuck’s neck of the woods that I’d like to sell you. Mike Prince is a similar kind of beast, so his alliance with Chuck makes sense: He’s outwardly repenting for his sins when he really just wants people to stop hating him.

No amount of damage control can save Prince after last week’s career-sinking newsmagazine exposé. Investors are pulling out, charities refuse to touch him, and his eponymous financial conference, the Mike, is dunzo. But this brutal downfall has been a trip to Tivoli Gardens compared to the steely dressing-down Prince receives from Brenda Fells while visiting her modest Indiana home. On his proverbial knees, Prince offers her anything she wants in exchange for her forgiveness, but Brenda isn’t interested in a dirty blank check. She kicks him out of her house with a solid piece of advice: Fix yourself by not paying others to do the work for you.

This sets off the chain reaction that ends with the Taylor-Prince-Chuck alliance.

Against Scooter’s counsel, Prince insists on selling off the companies hurting by the association to his name. As soon as Taylor gets wind of the fire sale, they ask Axe permission to go on a buying spree. Not only does Axe bar Taylor from making said purchases, but he also orders them to dump all of Mase Carb’s holdings connected to Prince. The trouble is, forcing Mase Carb to release their Prince-related positions wouldn’t only hurt Prince, but Mase Carb as well.

Although Wendy persuades Axe to drop this terrible idea in front of Taylor, a surreptitious FaceTime to Mafee confirms that no one can stop this grudge-holding billionaire from twisting the knife. A livid, rain-soaked Prince delivers the news later that evening to Taylor that Mase Carb has suddenly dropped all of its Prince holdings. (Axe, guilting the shit out of Mafee, forced the trades, thus putting decent companies out of business and ruining Mase Carb’s reputation as an impact fund.)

After initially returning to the Axe Cap fold to watch Chuck and Axe fight themselves into oblivion, Taylor realizes they have to take a side (again). This was predicted earlier in the season, with Chuck offering himself to Taylor as a potential ally, knowing they would need his help on the day Axe inevitably turned on them.

As for Wendy and Tanner, I’m relieved Axe quashed their relationship because the two of them were infuriating. Multimillionaire Wendy was a hypocrite for rebuking Tanner over his enjoyment of wealth, claiming he was so much happier when he was a starving artist. And don’t get me started on Tanner’s aggro-brooding over not having a passive “girl” in his bed — or how he threw an adult-sized tantrum by taking a razor to his work.

Yet, Axe won out in the end. He is now in possession of the sleeping-Wendy charcoal drawing that set off his stalker-y vibes in the first place. (She might as well have FedEx-ed that thing to him the way she oh so poetically crumpled it up and threw it on the studio floor.)

But none of these victories are as deliciously malevolent as the episode’s 11th-hour twist.

A mouthwatering new assignment as an oversight trustee (job description: “Torture Axe’s every decision”) to Axe’s bank is the only thing that makes a sickly Senior pull off his comfy pink blanket and stand up with pride. That is until Axe decides he can’t have Chuck’s dad hall-monitoring his new scheme.

Chuck then recounts the sorry scenario to Prince in his office, where, in flashback, the New York AG is summoned to the hospital by the joyous news that a kidney has been found. While Senior is being prepped for surgery, Dr. Swerdlow — whom you may remember as the creepy, unlicensed doctor who tried selling the Rhoades men a kidney from a Central American immigrant — briefs Chuck.

Strangely enough, Dr. Creepy Doctor isn’t responsible for Senior’s miracle kidney. Though he’s a wellspring of prescient medical information, commending Chuck for getting a donor so quickly — and giving the episode a February 2020 timestamp — before New York hospitals are “overrun with that damned Chinese bug” in a month.

So if it wasn’t Dr. Creepy Doctor, and it wasn’t Chuck, then the answer has to be, like everything else in this episode, Axe.

Rolling up behind Senior’s gurney is one Danny Margolis (Daniel Cosgrove), a.k.a. Axe’s “museum curator” and a longtime associate who is only too happy to provide a healthy organ to a dying man. With one simple medical procedure, Axe has ensured that Senior can no longer censure his new bank and that Chuck will be indebted to his mortal enemy for life. Axe has given Senior the one thing Chuck couldn’t, making him more of a son to Charles Rhoades Sr. than the man who has his own name.