“Fate, Up Against Your Will” 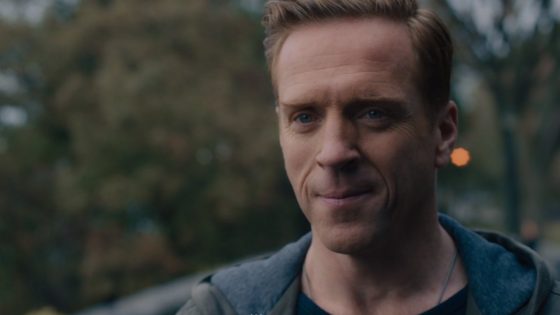 In case you haven’t noticed, I tend to watch stuff with the eyes of one who looks for dark and light and all the gradations in between. Light for the fun and entertaining, dark for the real and true. This episode, “Flaw in the Death Star”, balanced the two quite nicely, never spending too much time in either extreme and provided a fair and balanced view of this world we’ve come to know as Billions.

We find Bobby’s flight plans cut short by The Halls telling him they can’t find anything on the doctor who supplied the juice to spike Ice Juice. Like folks pre-Pasteur who believed in spontaneous generation and not in invisible beings like bacteria and such, Bobby has made a fatal error in not collecting the slide that provided the bugs with which he manipulated the murder of Ice Juice. He’s left some key evidence out in the wild, and in this episode, he finds out if he’s to pay for the oversight of slighting those invisible germs.

Over at Chez Rhoades, the difficulty of knowledge management issues is not to be underestimated. Chuck is up in the middle of the night and wakes up Wendy to say: I know, but, since that knowledge was obtained behind your back, you’re under no obligation to acknowledge that you know that I know. I have to do something with my knowledge, even if you tell me not to, because I can’t not.

The level of honesty between these two? What a crazy thing to behold in dramatic television. This is the way real couples talk when they want to stay a couple, laying it all out, dirty secret by dirty secret. Never such a thing as too much honesty in my book. But, then again, maybe things are more delicate for the Rhoades. Theirs is a fate still to be determined.

In short, Chuck knows, from looking at Wendy’s comprehensive session notes in S1, that Bobby told Wendy he could have allowed Donnie some experimental treatment for his pancreatic cancer, an opportunity to live longer. Instead, Bobby convinced Donnie’s doctor to not give him the info about the experimental protocol.

Chuck doesn’t know the name of the doctor, but he gets everything else he needs from Donnie’s widow.

Meanwhile, Bobby seems to have developed some level of clairvoyance or something, an ability to envision alternate paths to events. No doubt, he always had that ability, but in this episode we see it, ala those close-up flashback microscopic thoughts some of us may remember seeing when House was working out the details of a rare disease. We see in flashback what he thinks may have happened and then the other thing that could have happened. He wouldn’t be the superhero he is if he didn’t have this skill, the ability to concurrently see loyalty juxtaposed with betrayal, trusting a person and simultaneously distrusting. You have to wonder what that kind of skill does to a mind. Like, you want to believe the best in people and act accordingly. But what if you see the worst in people at the exact same time? A problem soul-shattering enough to be tackled by the Marvel universe if it weren’t being tackled right here by Damian and this show via Bobby.

In the halls of truth and justice and the American way, Connerty has an a-ha moment sparked by girlfriend McKayla sharing that Boyd is losing his initials on the company jet.

One day your initials are on a jet, next day you’re in jail.

And next day you’re out.

Bryan teases his revelation with Kate, who guesses right away without cue: Why is Boyd not in jail?

Axe has sent Taylor in his stead where Oscar had promised Axe Capital a dog and pony show on investable start-ups. In a series of vibrant jazzy call and response, Taylor calls the show for what it is: a test for Axe Cap to be able to identify Oscar’s bottom tranche. (ie the losers every investor packages with the winners in order to sell them…see The Big Short for details) Oscar retorts: it’s about diversifying! Taylor counters: diversification in apps for millennials? Pa-lease. Test or not, Oscar gets Taylor to stay and see more.

Geek love is the best love, don’t let anyone ever tell you different. There’s something really special about bonding over shared knowledge of exhaust ports and playing a hand or three of the most intricate world-building games. The back and forth about the flaw in the Death Star is the most Weiner-esque I’ve heard this show be. And that’s because the language delineated two characters from the rest of the world around them.

The battle of Dollar Bill vs Spyros deserves a headline. Dollar Bill wants to short Mendham Pharmaceutical whose risk has been mitigated by a bag of bills….and “research.” Wendy drags the dueling boys into her office like some middle school vice-principal. She attempts couples therapy while Dollar Bill takes manspreading to another level. He laments wasting three seconds on the PC speak.

You’re not an earner.

Wendy’s exhausted with the kids. She wonders if she can do the same for Chuck and Axe.

If you were a couple, I’d say break up. But we are more than married here.

Then things get ugly very quickly when Dollar Bill determines that apologizing was just not his style. He’s got nothing to lose apparently, Keyser Fucking Soze that he is. So why not ram Spyros where it hurts the most.

There will be fall-out from the car stuff, I’m sure. It’s a freakin Porsche afterall. This act of violence may be a symptom of Bill going the way that Wags did last season, falling off the wagon sanity-wise just because his one true hero and mentor has fallen. Let’s just say his thermal exhaust port could use some ventilation.

Kinda know how he feels, maybe? I mean, around here we go a bit batty when Damian’s not on screen. But, no, that’s different, because we’re sane, generally, and not fictional characters, prone to bouts of cinematic violence.

Something tells me such a display of violence isn’t just a sight gag though. The show is showing us men, and the varied craziness they can exhibit under various forms of duress, both external and self-inflicted. How they can blow up even the pretty things.  Ultimately none of those exhibits of real male violence are as cool or as fun as the movies would have us believe. And yet we can have fun watching them. Nice how that happens (and disconcerting at the same time, no?).

Dollar Bill wants to vent about Spyros with his buddy Axe. Axe reminds him the walls have eyes and ears.  A comical wonderfully performed scene of “Strip or Retire”, ie Roman  nude wrestling, players showing that they have skin in the game…literally. Bill strips down to his flannel boxers to reveal his wirelessness.

Bobby eventually tells Bill to cut it out. And he also puts Spyros in his place. If anyone’s going to do some threatening, it’s going to be Bobby.

In gathering sympathy from Wags, Wendy takes us back to when Bobby and Chuck first met. Chuck was in private practice, and they were friends! They saw themselves in each other, acknowledging each other as both the smartest men in the room. Twinsies. She mourns over the loss of that relationship. Could it be she misses when Chuck wasn’t on the side of the law? Axe was always Axe, but Chuck used to be a private attorney raking in the dough, probably clearing as many bad guys as he did good guys. She prefers him in that position, rather than his current role as the arbiter of all that is lawful.

But now is now, and Wendy’s choices are narrow.

What’s my choice, succumb to a case of the vapors? It’s either that or soldier on.

Kate goes to Chuck with the Boyd stuff and asks and/or plants the thought that Boyd could’ve been released thanks to active cooperation, ie. snitching on some of his own people, thereby sealing Boyd’s records in the interest of “witness safety and investigative integrity.”

While she came up with this play, she’s up to play longer, fully expecting Connerty to appeal.

Chuck goes to Boyd to confirm things are still copasetic and to get the names he needs to maintain the cover that Boyd was released because he’s an informant. Boyd is all: What good is a get out of jail free card if one can’t yacht to Antibes on a whim?