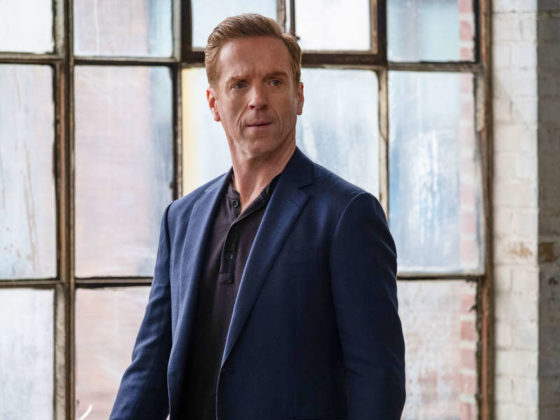 May 3 will see the release of the fifth season of ‘Billions’, a drama series that follows a legal battle of the U.S. Attorney against a self-made millionaire in New York, played by the English actor. Metro chatted with the 49-year-old to learn more.

Money, power, inequality… humanity has been consumed by the class struggle throughout history, and if ‘Game of Thrones’ showed that fight in an imaginary scene, ‘Billions’ does it as a fable about wealth and power in modern life.

English actor Damian Lewis brings to life Bobby Axelrod, a business titan who can jump out of a plane with his friends before a Metallica concert, pick his children up from school or have an enemy killed without any problem. On the other side of the law, we see a prosecutor Chuck Rhoades Jr., played by Paul Giamatti, heir to the old money that is settling at the prestigious Yale Club, where he will meet Catherine Brant, a successful writer (Julianna Margulies).

When Showtime renewed ‘Billions’ for its fifth season, it came as no surprise. According to the audience reports, the series averages 4.5 million viewers per episode in just the U.S. New episodes will see the alliance between Chuck Rhoades (Paul Giamatti) and Bobby Axelrod (Damian Lewis) being terminated. Both will return to their corners of the ring to continue the fight they started in the beginning.

Q: What can [we] expect from the next episodes of ‘Billions?’

– I can tell you that we are going to see a renewed rivalry between Chuck and Axe. [*Laughs*] What I can tell you is that I loved how season four ended. I felt like I was starring in a superhero movie and we’re The Wall Street Avengers. Everyone is powerful, whether politically or financially, everyone is smart and funny. It’s an alpha man’s world. They beat each other up by manipulating [and] maneuvering intelligently. When one of them gets hit, he immediately recovers and hits harder. I think that entertains the audience because we don’t see cartoon characters, we see real men.

Q: Who is Bobby Axelrod?

– Bobby lives by his own code of honor with a set of rules learned on the street. He is a man who protects himself thanks to an extremely loyal community. The characters know their territory well. Bobby, being Bobby, always finds different ways to manipulate and ensure that he can trade remotely without being personally responsible. But, at the same time, his marriage is not going very well and Chuck is involved in some way. The two of them are pretty much at odds in their own worlds.

Q: The series has become a showcase for talent: John Malkovich, Julianna Margulies…

– Yes, this season we have new actors, performers like Julianna Margulies who provide an opportunity to start growing in other directions. We shouldn’t get stuck in what’s going on between Bobby and Chuck for six years. It’s about investing in other characters to put the screws on the protagonists. Bobby needs to analyze his life and take a step forward to win his game.

Q: What do you think is the key to ‘Billions’ success?

– The best part of the series is the examination of power, a world that is real and around us all right now. There’s something opportunistic about Bobby. He’s a working-class worker who made a lot of money and represents the American dream. But, on the other hand, because he operates in New York, he must submit to the hierarchical rules of the city. That’s something you’d expect in the UK, but not in New York. The class system doesn’t know about money and that makes Bobby desperate, who always feels like a child at a birthday party he is not invited [to]. He knows he’s a gangster and that’s the image he chooses. What surprises me is that, despite the horrible things he does, he’s still a fascinating and attractive character for the audience.

Q: Aren’t you the one who fascinates the audience? You did it in ‘Homeland’ and you repeat it in ‘Billions’.

– That’s a big compliment, but I think the audience is attracted to the power play. The writers are very smart, they don’t rush the plot and when the plot is slow and convincing, they build attractive narratives. We exploit what is happening in the real world around us right now. We have a billionaire in the White House, politics and finance are more fused than ever and ‘Billions’ is playing with that idea from the heart of New York. It’s exciting to see how we have the approval of our supporters.

Q: The scenes you have with Paul Giamatti are absolutely fascinating. What happens between you when you both get together to shoot a scene?

– We work on many different levels. When Bobby and Chuck get together, they’re going to create a climax because they haven’t met for five or six episodes. There is a territory, marked within the narrative, that separates the protagonists for long periods of time. There’s a climatic element in that structure that allows the audience to recognize that for them that moment is like stepping into the ring to fight. There’s a lot of emotion in that moment. But you have to be careful not to exaggerate, not to get too excited… it’s a give-and-take between us. As actors we give ourselves completely in those scenes; calmly, with tension, recognizing that it’s a highlight of the story. For me, as an actor, it’s a delight to work with Paul.

Q: Is it true that Barack Obama is a big fan of your series?

Read the rest of the original article at amNY News