You Can’t Make an Omelet… 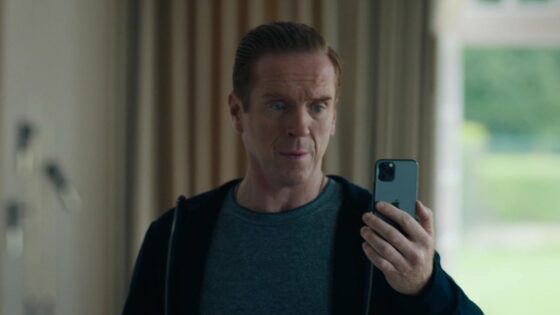 Eggs will be broken. The question amid all this conniving, though, is whose?

That’s it. That’s the scene.

For three uninterrupted minutes — without dialogue, without music, without so much as a single cut — the attorney general for the great state of New York cracks, scrambles, fries, flips and serves an omelet to his daughter, Eva (Alexa Swinton), and their guest, the billionaire Mike Prince. In “Billions” time, those three minutes might as well be an eternity. Suddenly, we’re miles away from the mile-a-minute patter and breakneck plot twists that make “Billions” one of the fastest-moving shows on television. For these three minutes, it is slow cinema, a cousin to the endless floor-sweeping and glacial soup-sipping of its sister Showtime series, “Twin Peaks: The Return.”

That this happens in the most momentous episode so far of the season’s long-delayed latter half seems like no coincidence. As the first installment to truly address the Covid-19 pandemic — it appears to be set after the initial quarantine stage, when people started making their way back to workplaces and family gatherings — it is keenly interested in the ways human beings connect. There’s video conferencing and FaceTiming, as well as spirited dinner conversations, an in-office date and an intimate phone call. Viewed in this context, the omelet scene is an attempt to slow things down and capture the vibe of what it’s like to pull an all-nighter with a colleague, share a joint and then fix an early breakfast for your daughter.

But before we run the risk of slowing down too much ourselves, let’s jump right into the momentousness. For starters, the pandemic happened — is happening — and the show addresses it head-on; in the opening scene, half of Axe Cap’s staff members delivers their dialogue through masks.

But they aren’t Axe Cap’s staff for long. Zooming into the office from his home, where he has been quarantined because of an infected private jet pilot, Axe announces that Axe Cap is no more. Everyone has been let go … and some, but not all, of them will be rehired by night’s end for his new venture, Axe Bank. In the case of Lauren, Mase Carbon’s investor relations guru, she’ll have to choose between joining the bank or staying put. (When she tries to do both, Taylor fires Lauren, and Lauren dumps Taylor.)

Why does Charles Sr. show up? It’s complicated. Essentially, Chuck gives his estranged wife, Wendy, a choice: Cough up a lump-sum divorce settlement, or allow him to snoop around Mase Carb/Axe Cap’s books. When he ignores her FaceTime call, she contacts Ira instead. Ira gives her a view of the room and affords her a few snippets of the conversation everyone is having about bank regulation and liberty or something. She tips off Axe that his enemies have gathered. He sends his newly loyal ally, Charles Sr., and his mole, Swerdlow, to crash the party.

Now here’s where it gets extra tricky. The conversation eventually turns to the legalization of cannabis. Prince is all for it; Chuck is against it, but eventually bows before superior arguments in its favor; DeGiulio thinks the U.S. Supreme Court will take up the issue but likely rule in its favor. And when people like this talk, people like Axe listen.

Axe figures that the fight between Prince and Chuck was a ruse, that cannabis is soon to get the federal green light, and that the time has come to corner the market before Prince can do so himself. What he doesn’t know (I think?) is that Taylor, who had earlier told him there was a yellow light for the weed biz, is part of Chuck and Prince’s conspiracy.

According to Taylor’s employee Rian, the light, in fact, is bright red. So has Axe fallen for a ruse, one he was meant to be ensnared by from the moment Chuck set his bait for Wendy’s call? Or has he seen through it? On this show, how can you even tell until the ax (no pun intended) inevitably falls on whoever screwed up?

Even as all these schemes fly around, there’s room for romance in the air. Some of it even comes from Wags, who has been searching all season for a way to rectify his failure as a father by fathering a whole new child and starting from scratch. He seems to find his woman in Chelsea (Caroline Day), who eats a dinner prepared for them by the celebrity chef Tom Colicchio all by herself while Wags puts out various fires. To Wags’s surprise, she invites herself back to his place because his tyrannical antics turn her on.

The biggest bombshell of all comes in the episode’s final scene. Speaking by phone around the same time that (a slightly stoned) Chuck cooks breakfast, Bobby Axelrod (who, by the way, buys Wendy’s share of Mase Carb to give her liquid assets enough to placate Chuck) confesses that he sabotaged Wendy Rhoades’s relationship with the artist Nico Tanner because he has feelings for her himself. They’re feelings she reciprocates.