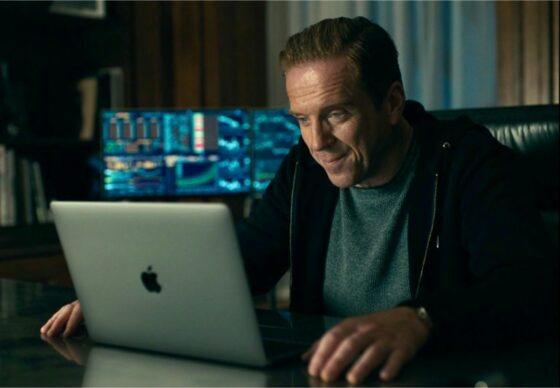 We’ve come to the point in the season where I think I know what the long game is, but given my history covering Billions, I could still be way off. It’s for this reason that I’m glad things aren’t entirely clear on the scheming end in “Liberty.” As if, gasp, the writers — showrunners Brian Koppelman and David Levien teamed up with Emily Hornsby for this particular episode — wanted us to remain somewhat in the dark.

The Billions universe now exists in a post-COVID world, and through no fault of its own, the show is stumbling a bit. Because it’s had to adapt its pre-pandemic scripts, we’re dealing with a few square-peg-in-round-hole situations. Namely, the timeline has become a little murky: We can assume that some months have passed between “Implosion” and “Liberty” because (a) COVID has hit, (b) the Axe Cap offices closed down, and (c) Senior has recovered from his kidney transplant. However, the distribution of vaccines and a full-on return to the office (featuring masks and strategically placed hand sanitizer) would suggest a full year has gone by between last week’s episode and this one — but if that’s the case, then, what? Did the plotlines somehow enter stasis during Billions’ unspecified lockdown period?

My theory is that Axe is the kind of guy who would force everyone back into the office well before most companies did the same. He’s also the kind of guy who has the resources to vaccinate his employees behind closed doors before the trials are even complete.

On the flip side, including COVID in the storyline makes Damian Lewis’s overseas location more plausible: Why is Axe only showing up via Zoom, FaceTime, or ye olde telephone call in this episode? Because he tested positive for COVID (catching the virus from his pilot because, rich guy) the day before he was supposed to get vaccinated and has to quarantine, of course!

The triple alliance of Chuck Rhoades, Mike Prince, and Taylor Mason, established in last week’s episode, appears intact. However, Taylor’s role remains subdued, albeit critical: They put the idea of cornering the cannabis market into Axe’s head. Meanwhile, Chuck and Prince take center stage at a Jeffersonian Dinner (yep, it’s a thing, and there are indeed rules) where they lead federal and New York State officials — attending via WebEx, because, COVID — in a spirited discussion over the legalization of marijuana.

And I mean “center stage” in the literal sense because the whole evening was an elaborate setup to trick the one person who wasn’t even there — Bobby Axelrod. We get the sense that the ruse was a success, even though Axe has figured out that Chuck and Prince are working together, so it’s still anybody’s game with two episodes left in the season.

One thing I’m curious about, though: Is Senior truly on Team Axe now? I’d totally believe it, given how Axe saved his life. Hell, even Chuck was ready to accept this turn of events. But I have to wonder if Senior (still the trustee of Axe’s new bank) is playing a double agent, crashing his son’s dinner at the quarantined billionaire’s behest and feeding Chuck’s intricately crafted intel back to Axe. That’s Billions for you — it always keeps you second-guessing.

Let’s see, what else has changed? Axe Capital is no more, splitting into Axe Bank and Axe Asset Management Division. Taylor Mason Carbon exists, but just barely, thanks to the machinations of both Axe and Chuck. Axe mandates that Taylor’s girlfriend and investment-relations guru Lauren choose between working for Axe Bank or Mase Carb, while Chuck places Wendy’s role with Mase Carb in jeopardy in his quest to get a look at the company’s books — a.k.a. a gateway to Axe Bank’s balance sheets.

The Taylor subplot in this episode is another instance where I can’t decide if they’re getting played or if, because they’re working with Chuck and Prince, they’ve sacrificed their personal and professional relationship with Lauren for a greater good.

At the top of “Liberty,” Chuck has his attorney/BFF Ira Schirmer (Ben Shenkman) send a demand to Wendy under the guise of divorce proceedings: Pay Chuck his alimony in a lump sum of $25 million in 48 hours (as opposed to the agreed-upon payment plan), or else he’s conducting an audit of Mase Carb. This is what spurs a furious Wendy to FaceTime Ira during the Jeffersonian Dinner, where she catches wind of the whole legalizing-cannabis convo that she then passes along to Axe. Axe then conscripts Senior to attend the festivities and report back to him.

Much to Taylor’s dismay, Lauren is considering Axe’s offer, because she has a personal history of financial instability. It’s understandable that she doesn’t want to be dependent on anyone, not even Taylor. But things deteriorate quickly when Wendy, refusing to let Chuck get his grubby hands on her company’s books, sells her shares in Mase Carb to Axe for $25 million in cash. This betrayal (or is it? Notice that Taylor wouldn’t give Wendy a loan, and they’re working with Chuck and Prince, so what gives?) pushes Taylor to insist upon an immediate decision from Lauren, which results in an acrimonious breakup and Lauren moving over to Axe Bank.

Despite its COVID-related flaws, “Liberty” remains a standout Billions episode. Yes, it’s chockablock with the usual schemes, betrayals, and triple-crosses, but it’s also pleasingly balanced with, wait for it, love and tranquility. (No, I can’t believe I wrote those words either.) The slow-burn of all slow-burns that is the Wendy/Axe relationship finally culminates in the most Billions way possible: Axe admits to Wendy that he sabotaged her relationship with Tanner because he wants her, and she reciprocates those feelings. Aww, nothing says romance like stalking and destroying another man’s livelihood.

I also adored the Wags subplot, where he sweetly attempted to woo his latest baby mama conquest (Caroline Day) while juggling his duties as the newly minted head of Axe Bank. Candlelight office dinners catered by Tom Colicchio are nice and all, but the true way to a millennial woman’s heart is ripping into oblivious underlings who don’t know a department head from a CEO. It’s totally baller.

But who would’ve guessed that the best scene in the whole episode would be a dialogue-less, three-minute, one-take shot depicting Chuck cooking up an omelet? This decidedly un-Billions moment takes place shortly after Chuck and Prince share a sunrise joint to celebrate their victorious Jeffersonian Dinner, with Chuck’s pajama-clad daughter Eva (Alexa Swinton) joining in. I kept waiting for something monumental to happen, but it never does, and that’s the beauty of this scene.