After earning a fortune of goodwill over three seasons, the latest from Brian Koppelman and David Levien is cashing in on some fast fun. 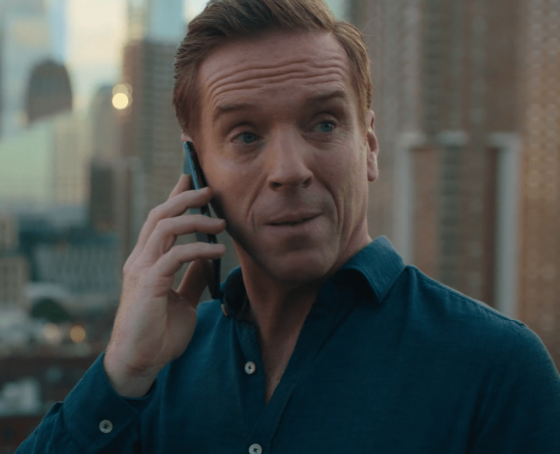 The greatest “Billions” line in a long history of great lines is the one that started it all: “What’s the point of having ‘fuck you money,’ if you never say ‘fuck you’?” In Showtime’s series premiere, hedge fund billionaire Bobby Axelrod (Damian Lewis) was mocking the U.S. Attorney for the Southern District of New York, Chuck Rhoades (Paul Giamatti), in the first of many verbal smackdowns between sworn enemies. The two men’s vitriol for one another ran both professional and personal — Chuck’s wife, Wendy (Maggie Siff), is also Bobby’s in-house therapist — and fueled the series through multiple hoodwinks, betrayals, pranks, gambits, and a very dicey bit of business involving poisoned juice.

That was then, this is now: Having been kicked out of office, Chuck is at his wit’s end. Bobby, who lost his wife (Lara, played by Malin Akerman) and nearly went to prison, isn’t far behind. So at the end of Season 3, with a little coaxing from Wendy, the two team up. And with that, “Billions” started spending the fuck you money its been hoarding for three increasingly impressive seasons — and, boy, is it going places in Season 4. 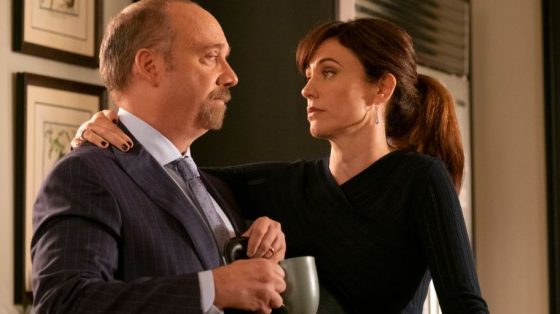 Just look at the premiere. Chuck and Bobby are best freaking friends. When the former gets into a tight spot with a charter school, he calls his rich pally wally and asks him to move it a few doors down. “It’d take plenty, but who cares?” Bobby says. “If it matters to you, I’ll do it.” That’s the kind of language new bedfellows share when they’re trying to show how much they care — almost too nice. Nice enough to be suspicious, anyway, but then Bobby talks about how much fun Chuck is going to have with the guy he’s sending to work out the details, and it’s clear these two are really enjoying each other’s company.

It’s impossible to understate the shift of this dynamic. The duo’s shared hatred — as well as the audience’s enjoyment of their shared hatred — has been the bedrock of “Billions” all along, and now it’s reversed. Are we worried? Is the ground fracturing? The series is in as dire straits as its leads? Not at all. Their bond is delicious. Far from a morality play or even a battle of good (Chuck) vs. evil (Axe), what they represent doesn’t really matter anymore. “Billions” has progressed beyond that. Viewers are invested in the characters, what they’re capable of, and what they can build together. Getting a chance to see them team-up to scheme proves enrapturing for the first four episodes (and has gas in the tank for much longer).

That’s just the first sign creators Brian Koppelman and David Levien are ready to cash in for some fun. They’ve earned this money. They’ve got the power to do as they please, no matter how crazy it may sound. So let’s watch them live a little: They want Chuck and Axe to be bros? Fuck you, they can do it. They want to have Wags (David Costabile) kidnapped by a Saudi Arabian sheikh? Fuck you, they’re doing it. They want to spend an episode breaking Chuck’s balls by having him wave a free parking pass around like it’s the last remnant of his former power? Fuck you, they’re going to make it work. They want to keep using John Malkovich’s Oreo-loving Russian billionaire as the most threatening criminal force on the planet? Fuck you, they’re pulling that off, too. 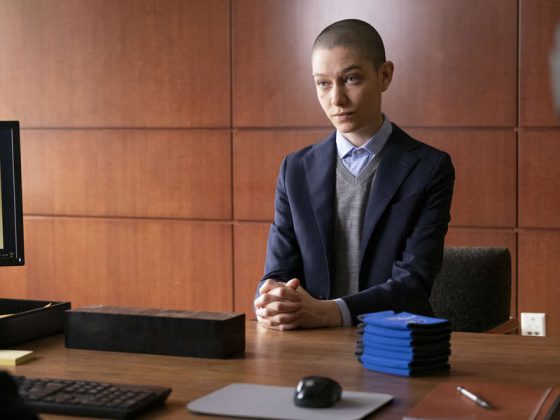 This, as well as a few other admirably ballsy moves, were rooted in decisions made well before Season 4, but later events in the first half of this season will show viewers just how fast and furious the “Billions” creators are spending. They see “Taylor (Asia Kate Dillon) on the roof in a wig with a falcon” and raise you “Taylor’s dad being played by Kevin Pollak!” They make “Dollar” Bill Stearn (Kelly Aucoin) chase chickens for a full hour, and then they name the episode after it! (See: “Chickentown,” Episode 3.)

Read the rest of the original article at IndieWire