A Guidebook to Billions Filming Locations 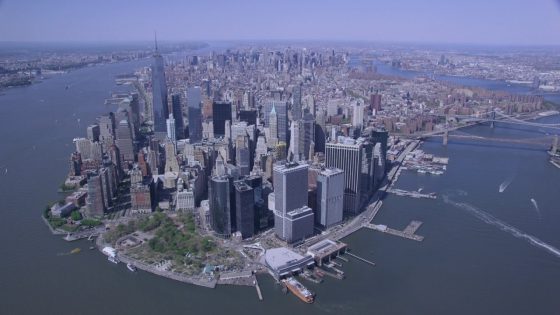 I am an immigrant. I moved to the US for graduate study in late 1990s. My husband and I, having finished our PhDs, moved to New York in 2001, only weeks before September 11, for our first jobs. The city has since given me so much in so many different dimensions and defined me as an individual: a foodie, a film buff, a theatre lover, a feminist, a wine snob, a runner and more… Even though we moved to the South five years later for new jobs, we could not give up on New York. We still have a tiny apartment on the Upper West Side and we enjoy the city as part-time New Yorkers 😀

And as I mentioned a billion times before, Billions is a dream show for me not only because my favorite actor is in it, but also because New York, from its landmarks to its city parks and to its quirky shops, appears as a cast member in the show! As someone who feels the only home she has in the world is the city that never sleeps, I particularly love it that Billions is taking over New York, the BIG film studio that it is, and shooting all over the place, from Manhattan to Queens to Brooklyn to The Bronx to Long Island and to northern suburbs. So I have put together this Billions Season 4 Location Guide as a loving tribute to my most favorite place on earth and a heartfelt thank you to the show creators for writing a love letter to the city.

Hope you pick and choose and take your own Billions tour in New York City and beyond and give us feedback! And in case you missed our locations guide for Season 1, Season 2 and Season 3 you can check them out here, here and here. Empire Stores has come about after a successful conversion of a pre-Civil War coffee warehouse in the waterfront neighborhood of Dumbo, Brooklyn, into an urban marketplace. With all seven historic warehouses restored and new construction added on the existing structure, Empire Stores has 380,000 square feet of combined office, restaurant, retail, and commercial space, complete with a rooftop beer garden with views of the New York harbor. Taylor Mason Capital calls it “home” in Billions. Located in the Carnegie Hill neighborhood on the Upper East Side, The Edith Fabbri House is an Italian Renaissance revival style townhouse. It was designed by architect Grosvenor Atterbury and completed in 1916. The house is a NYC Designated Landmark since 1974 and its highlight house is the library with historic panels from the Palazzo Ducale di Urbino in Italy. Deeded to the Episcopal Church in 1949, the house now provides a unique setting for those who are seeking spiritual renewal under the name of “The House of the Redeemer.” There is an Episcopal priest-in-residence who leads Monday and Evening Prayer in the chapel every weekday from September to June. The chapel is open to the public for prayer and meditation.

The Edith Fabbri House passes off as The Embassy of Qadir, where they hold Wags captive, in Billions Season 4 Premiere. It is fun to see how the production adapts the location according to its needs. Assuming they filmed Axe and Andolov’s meeting in the library, it is not just that they redecorated the room but they also made some movie magic to make the library look more like a Middle Eastern style room. The Refectory at High Line Hotel

The Refectory is the High Line Hotel’s premier event space that is used for wedding receptions, galas, meetings, exhibitions and fashion shows. In Billions, we find the big shots of NYC law enforcement in this room hearing Kulbinder Darcha, the interim state AG, announcing his run for the seat he is currently occupying. As Chuck catches up with his new friend Commissioner Sansome, we learn that Darcha is not Sansome’s “boy” yet and if Chuck gets the commissioner what he wants – Raul Gomez’ head – Sansome may adopt him as his “boy.”

Newtown Creek is an estuary that forms part of the border between Brooklyn and Queens. As one of the most heavily used bodies of water in the ports of New York and New Jersey, it is one of the most polluted industrial sites in the U.S. Thus, a perfect place for secret meetings like this one between Chuck and Raul Gomez in which Chuck cannot get a word from Gomez about whether it is Bobby Axelrod that is managing the NYPD Pension Fund’s money through Michael Panay.

Surrounded by centuries-old government buildings, including City Hall itself, City Hall Park is a public park that provides much needed green space downtown Manhattan. Once a communal pasture, the site was used as a prison and then as an execution site during the American Revolution. On July 9, 1776, George Washington read the Declaration of Independence here. In his meeting with Commissioner Sansome in City Hall Park, Chuck assures him that keeping Raul Gomez is his optimal play going forward. Chuck is sure Sansome and the next manager of the fund, Bobby Axelrod, will hit it off immediately 😀

And now that Chuck has scratched Sansome’s back, it is the commissioner’s turn: How about him and his union backing Chuck for the state AG seat? And this takes us to our next location!

The Feast of San Gennaro The Feast of San Gennaro is an Italian-American Festival that was first celebrated in the United States in September 1926. The immigrants from Naples gathered along Mulberry Street in Little Italy to continue the tradition they had in Italy to celebrate San Gennaro (Saint Januarius) the Patron Saint of Naples.

Mulberry Street, the center of the festival is closed to traffic during the Feast of San Gennaro. And in line with the word “Feast”  the festival features a lot of food as well as parades, rides, and games! We see Bobby Axelrod throwing a dart…

For the record, @lewis_damian really tossed that dart. The man's got skills. And while I was thinking, looking at the shoot date, they may have filmed these scenes during the festival, this guy tweets about about Billions building a fake San Gennaro down the street from him 🙂

Nice Friday so far, thank you Billions for building a fake San Gennaro down the street from me pic.twitter.com/rVapL6gL1D Resorts World Catskills is a casino and a luxury hotel in Kiamesha Lake, New York. Opened in 2018, the resort is owned and operated by the Empire Resorts. The casino seems to be the biggest of its kind in the region with 150 live Las-Vegas style table games, 1,600 state-of-the-art slot machines, a poker room and private gaming salons. Well, would you expect any less from Chuck Senior? 😀 In Billions, Resorts World Catskills appears as Chuck Senior’s new casino in Kingsford that has its grand opening with a lot of fanfare complete with a concert by the great Michael Bolton. Foley Square is a street intersection and green space dominated by civic buildings such as the United States Courthouse, Thurgood Marshall U.S. Courthouse that houses the U.S. Court of Appeals for the Second Circuit, and the New York County Municipal Building. The square was named after a prominent Tammany Hall district leader and local saloon owner, Thomas F. “Big Tom” Foley.  I wonder if he is somehow related to the late “Black Jack” Foley 😀 We see the journalist Lucien Porter finding Bryan and Kate at Foley Square, with Thurgood Marshall U.S. Courthouse in the background, to share with them that he is launching a missile called SugarVape that could kill Chuck’s political campaign for the State AG seat.