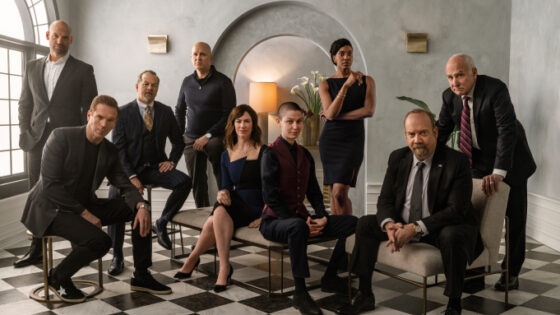 Showtime’s Billions will return for its fifth season this fall.

In the second half of season five, the presence of powerful billionaire Mike Prince (Corey Stoll) sends ripples through Axe Capital and gives Chuck Rhoades (Giamatti) a potential new weapon in his fight against Bobby Axelrod (Lewis). Alliances form, get ripped apart and form anew, and everyone from Taylor (Asia Kate Dillon) to Wendy (Maggie Siff) gets roped into the conflict, which comes very close to destroying all they hold dear. The series also stars David Costabile, Condola Rashad, Kelly AuCoin and Jeffrey DeMunn. Jeanane Garafolo will guest star as Winslow, the hip owner of a legal cannabis corp.

Billions, even before its fifth season launches on Showtime, has been renewed for season six. The sixth season is set to premiere early next year.