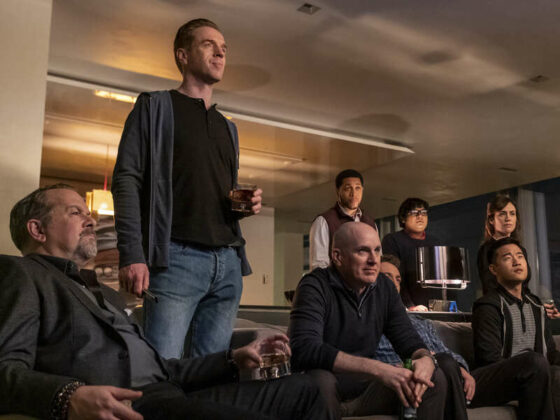 After more than a year, Billions will return for the second half of its fifth season without skipping a beat, Showtime boss Gary Levine shared during the premium network’s TCA session on Tuesday.

The drama, starring Paul Giamatti and Damian Lewis will return for the second half of Season 5 on September 5, with Season 6 following shortly in January. Levine said that despite the year-long break, audiences can jump right back in – the same way actors did amid the Covid-19 pandmeic.

“We did make a few adjustments in shooting the last five episodes post-pandemic to allow for shooting in a pandemic,” he said. “Story-wise, we stayed true to the original plan. Having seen those five episodes they come back just shot out of a cannon and you are immediately thrown back into the story — no need to review the earlier episodes.”

In the second half of season five, the presence of powerful billionaire Mike Prince (Corey Stoll) sends ripples through Axe Capital and gives Chuck Rhoades (Giamatti) a potential new weapon in his fight against Bobby Axelrod (Lewis). Alliances form, get ripped apart and form anew, and everyone from Taylor (Asia Kate Dillon) to Wendy (Maggie Siff) gets roped into the conflict, which comes very close to destroying all they hold dear. The series also stars David Costabile, Condola Rashad, Kelly AuCoin and Jeffrey DeMunn. Jeanane Garafolo will guest star as Winslow, the hip owner of a legal cannabis corp.

“We felt guilty for the audience to have to wait as long as they did to see the rest of Season 5 so we and the rest of the producers just put our heads down and said just plow ahead,” he added.

Levine also revealed that the stars and creative team behind Billions shot the latter half of Season 5 and the upcoming sixth season at the same time, hence Season 6’s fast-approaching premiere date. Though the pandemic threw the production schedule somewhat off-course, Levine said that the time away benefitted the series’ writing team.