Eat or Be Eaten 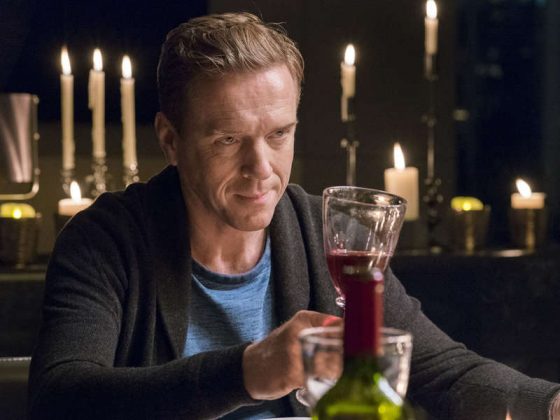 If there’s one place where we can come together in these divided times, surely it’s to appreciate a show that gives us opening scenes like the one this week: Axe and Wags, sitting at a table with cloth napkins draped over their heads, faces obscured, “for two reasons,” as Wags puts it: “to keep the aromas from escaping, and to hide this shameful and depraved act from God.”

“Well, if there were a God, I think He’d know,” comes Axe’s reply — in a room lit with enough candles to fuel a decent-sized pagan sacrifice. There’s no immediate explanation, no follow-up whatsoever until the final 15 minutes of the episode, but the tone is set for one of the best episodes of “Billions” in recent memory. It’s the simple pleasures that bind us, you know?

This supremely discombobulating entry to this week’s installment, it turns out, explains the episode’s title, “The Third Ortolan.” As we later learn, Axe and Wags are enjoying a ritualized Last Supper together, prepared by the real-life superstar chef Wylie Dufresne. The dish on offering, he explains, is ortolan, a sumptuous songbird whose consumption has long been banned because of the cruel method in which the birds are killed: trapped in the wild; kept in the dark, where to gorge themselves to twice their size; then drowned in the very Armagnac that marinates them until they’re withdrawn, roasted and eaten whole, bones and all.

By then, we know that this is a Last Supper of sorts because Axe is preparing to surrender to the authorities the next day. Not because of the noble efforts of Bryan Connerty, whose case against Axelrod is on the verge of being thrown out of court. Nor is it because of the machinations of Chuck Rhoades, who has secured a slide from a complicit doctor that incriminates Axe, and who spends much of the episode trying and failing to have it planted in Bobby’s home.

No, Axe’s incipient downfall is coming at the hands of his own ostensible ally, Axe Capital’s officious compliance chief, Ari Spyros. Fueled by delusions of grandeur so powerful you can almost see a superhero’s cape trailing behind him when he walks, Spyros is out to prove his indispensability to a company that largely keeps him on the outside of important decisions, including Axe’s own legal strategy. (Neither he, nor the chief investment officer, Taylor Mason, nor even the trusted in-house therapist, Wendy Rhoades, is allowed in these sessions.) Spyros is also determined to stick it to his old colleague Chuck, who approaches him for help in planting the evidence, then threatens to prosecute him over a years-old date-rape allegation when he demurs.

“We’re not in Hollywood, Chuck,” Spyros sneers. “Nothing’s going to happen. Say it loud enough, they may even make me president.” Hey, even a broken clock, am I right?

So Spyros, in his own words, goes “the full le Carré,” arranging a melodramatic midnight meetup with Connerty in which he hands the eager attorney a smoking gun … with Wendy’s fingerprints all over it.

Back when Axe was sabotaging the Ice Juice initial public offering, in which Chuck and his friends and family were heavily invested, Wendy tried to warn him about what Axe was up to, not realizing that her husband was orchestrating the whole thing. In a play that was half pique and half shrewd financial management, she ordered an enormous short on the Ice Juice stock and made a killing.

Unfortunately, she did so while within Chuck’s offices, elevating mere insider trading into what looks for all the world like a criminal conspiracy with her husband. Now Bryan can use Wendy, much loved and respected by both Bobby and Chuck, as a leverage point against both men, either of whom would gladly go to prison to keep her out of it.

The fallout is a marvelous domino effect of reaction shots featuring talented actors. When Spyros reveals what he’s done, Axe, Wags and the lawyer Orrin Bach, shoot Spyros looks that are withering enough to defoliate every plant in the office. In his comedic performance as Spyros, Stephen Kunken reacts with the kind of flabbergasted fear you would expect watching Lou Costello encounter Frankenstein’s monster. When Bobby forces himself to break the news to Wendy, Maggie Siff’s teary, slightly broken-voiced effort to stay calm and controlled should be familiar to all those who have experienced a moment of realization that, because of their own doing, life as they know it is about to end. (Or so I’m told.)

Paul Giamatti’s gruff brand of dignity as Chuck gets a workout, whether he’s glaring at Toby Leonard Moore’s I’m-not-angry-I’m-disappointed Connerty or sobbing an apology to his no-longer-estranged father, Charles. This last bit gives the actor Jeffrey DeMunn what may be the reaction of the night: As his son embraces him, he finally manages to mutter, “O.K., O.K.” The first “O.K.” says, “Uh, this was unexpected”; the second says, “But I can work with it.”

We come, then, back to where we started, at the table with Axe, Wags and Dufresne. “At the climax, I felt the crack of its little rib cage, and the hot juices rushing out down my gullet,” Wags reports after the deed is done. “Sublime.” And then, Wags being Wags, he adds: “Got any more? I’m still a little peckish.”

“You know what they say about ortolan,” Dufresne says. “One is bliss, two is gluttony.”

Wags isn’t deterred: “How about three?”

By the time the ortolans are devoured, Bobby has already informed his ex-wife Lara of his plan to surrender, and she has warned him that she’ll move his kids to California if he goes through with it. (Malin Akerman’s skill at conveying Lara’s hard-earned combination of anger and admiration for her ex should not be underestimated.) Chuck has told Wendy he, too, will fall on his sword to protect her, and she’s forbidden him from doing so. Instead she arranges a three-person summit at Bobby’s apartment: just her, Axe, Chuck and, unbeknown to either of the other participants, the telltale slide that Chuck is carrying in his pocket.

If you’ve seen “The Godfather” — and God knows Chuck and Bobby have the thing memorized — you’ll recognize what’s going on here. Sneakily proceeding through the apartment, Chuck arrives at the bathroom and starts rummaging around. He’s not exactly Michael Corleone looking for the revolver Tessio planted behind the old-fashioned toilet tank so he can come out guns blazing. But if he goes through with his plan to plant the slide and have the feds raid the place the next morning, the results will be nearly as devastating to Bobby as Michael’s trip to the restroom was to Sollozzo and McCluskey.

There’s just one problem, unspoken but obvious: If Chuck does this while under a flag of truce negotiated by Wendy, he’ll likely shatter her trust, and their marriage, forever. You can’t take a trip to the Sicilian countryside and wait out that kind of crime.

When Chuck returns to the table, we in the audience have a few seconds to contemplate Schrödinger’s slide: Did he or didn’t he plant it, enabling the feds to proceed in their case against Bobby without needing Wendy as a bargaining chip? Then, boom! He lays his cards, and the slide, on the table.